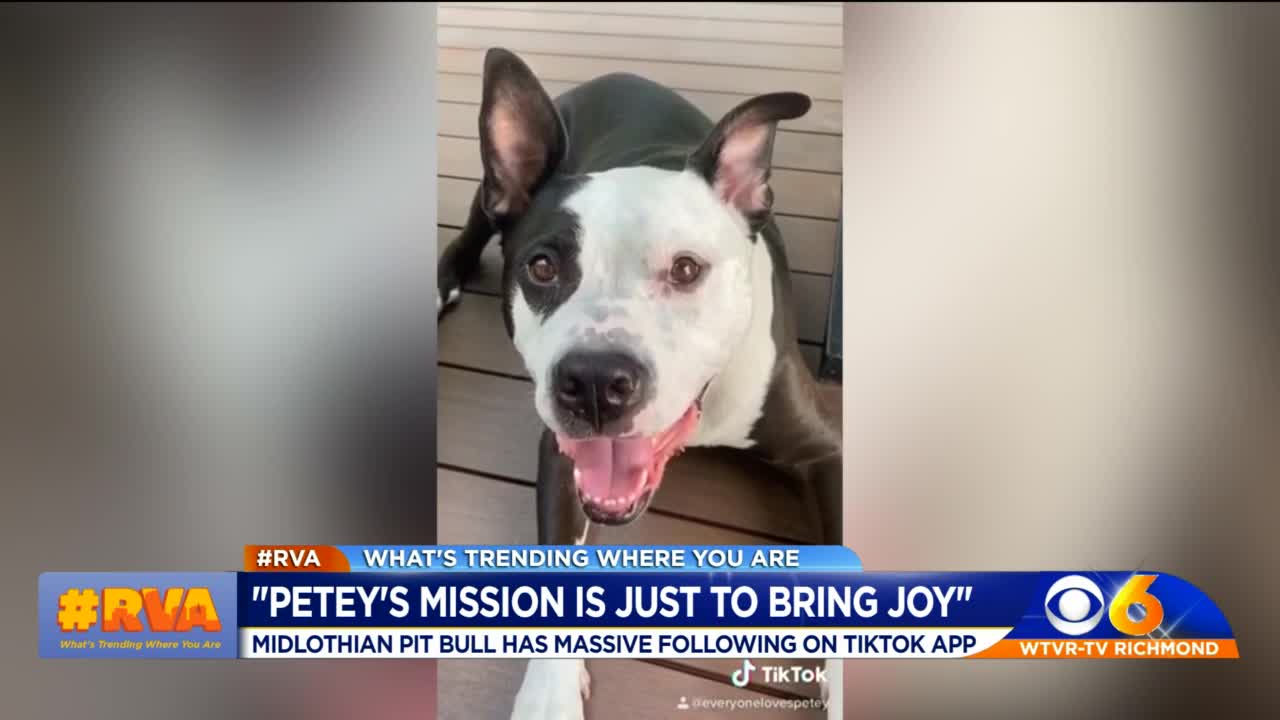 Jaimy Blazynski and her husband rescued Petey from a pound in Connecticut about five years ago during a "clear the shelter" event.

CHESTERFIELD COUNTY, Va. -- A Chesterfield pit bull has become a viral sensation, and his owner says they have one mission -- to make people smile.

Petey the pit bull lives in Midlothian with his family, and he's gained quite the fan base on the app TikTok.

Right now, he has more than 86,000 followers and has racked up more than 1.4 million likes.

His owner, Jaimy Blazynski, she and her husband rescued Petey from a pound in Connecticut about five years ago during a "clear the shelter" event.

Blazynski started posting videos of Petey to TikTok when quarantine started, because she was bored.

She says she was on the app to keep up with her youngest son, but realized people were really enjoying daily videos of Petey.

Some of those videos started going viral, and Petey quickly racked up a loyal following.

"I always say that Petey's mission is just to bring joy. There's no politics, no debating, nothing stressful. We're just here to make people smiled," said Blazynski. "I think there's so much stress and sadness in the world, and if I can contribute to someone feeling a little bit of joy, it's incredible."

Blazynski says she also wants people to know that pit bulls are sweet and loving dogs when raised properly.

You can keep up with Petey by following @everyonelovespetey on TikTok.