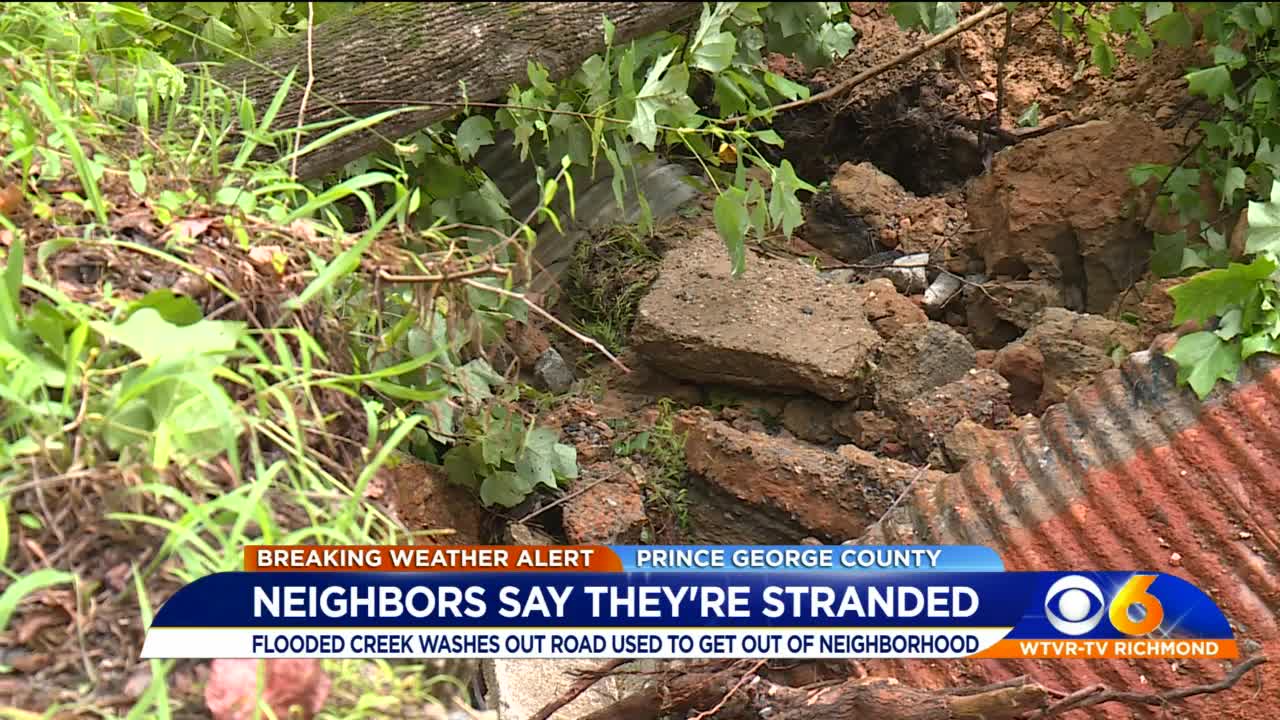 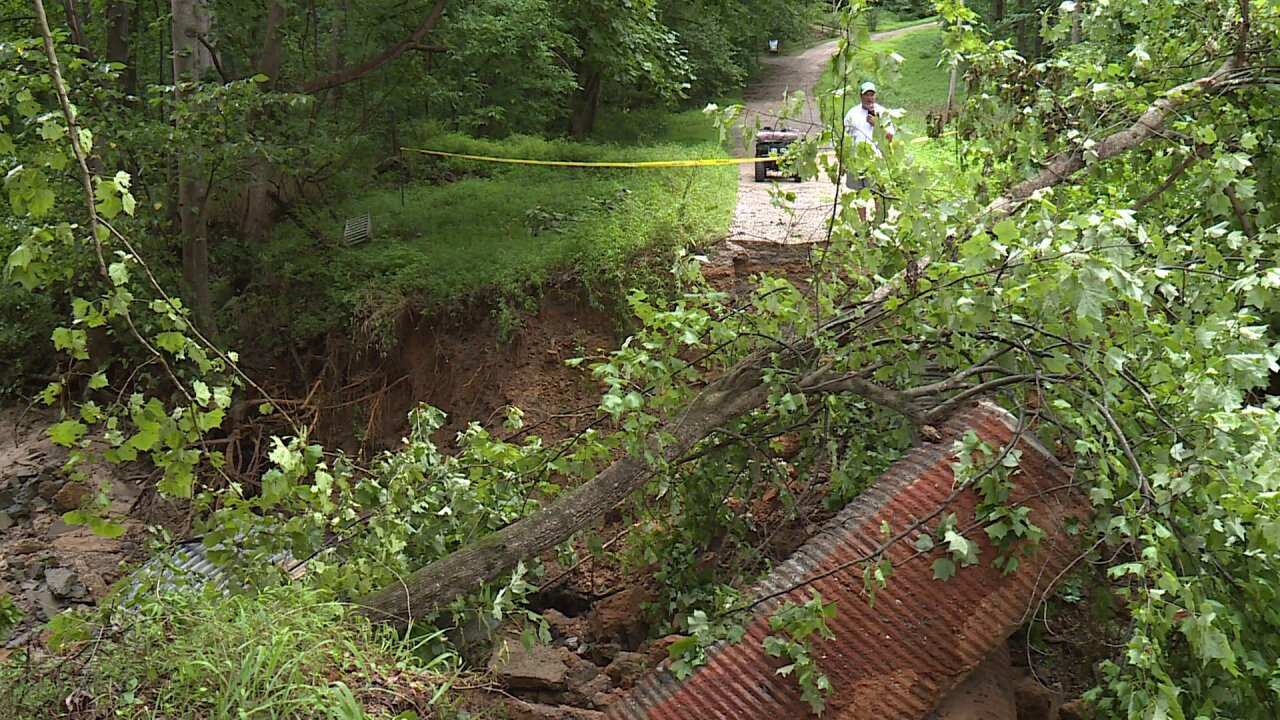 He said he uses the private road every day, which has a creek flowing underneath. But Monday's heavy rain from Hurricane Isaias put a damper on his commute.

"I said wow, we really, really escaped a bad deal," Warren said. "Then my neighbor called and said the creeks washed out, I said oh no.”

Warren said he came down to the creek and saw the road was caved in and several four-foot pipes that were damaged and twisted.

"That thing was sticking straight up like a stovepipe until this tree fell and knocked it down," Warren said. "Some people call it country living but this is just a little beyond living in the country.”

The damage was so bad that the only way out to the main road for Warren and several other families is now blocked.

Warren now relies on his four-wheeler to get elderly neighbors to doctor appointments, but he has concerns if emergency services are needed as the heavy rain continues to fall.

"So I have to get him out and across the farm and to a vehicle we have waiting and then they drive him and then I’ll pick him up on the four-wheeler and bring him back," Warren said.

Warren said since the road is private, the county isn’t responsible for repairs, which he estimates will cost about $50,000 after speaking with contractors.

“Sooner or later it will get fixed, it has to be fixed but we don’t know how or by who right now," Warren said.

Warren said there were no injuries, but he and other neighbors will have to pay to get the road repaired since the road is private.

If anyone is looking to help with repairs, you can email Warren at dlwarren1963@yahoo.com.