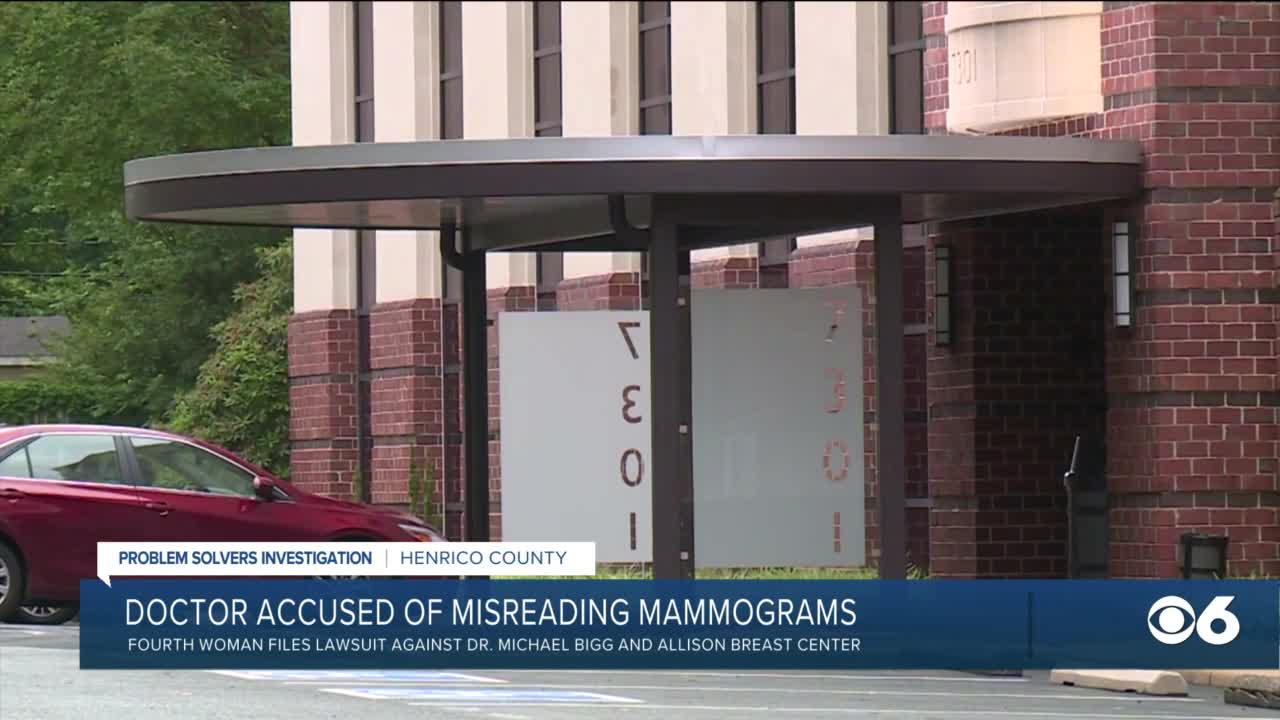 HENRICO COUNTY, Va. -- A fourth woman has filed a lawsuit against Dr. Michael Bigg and the Allison Breast Center for allegedly misreading her mammograms, which delayed her diagnosis and treatment.

According to the court filing in Henrico Circuit Court, Ruby Shakelford from Urbanna had a left mastectomy in July 2008 for pre-invasive breast cancer.

After the mastectomy, Shakelford received yearly mammograms, and in March 2017, at the age of 88, Dr. Bigg found no suspicious findings in her right breast and told her to schedule her next annual.

However, by December 2017, Shakelford was concerned about a lump in that breast and made another appointment.

Bigg read her new mammogram and told her it was probably benign, according to the complaint.

The complaint then stated Shakelford visited Dr. Bigg two more times for mammograms before he finally referred Shakelford to a surgeon on a third visit in June 2019 where she learned she had stage two breast cancer that had spread to a lymph node.

According to the complaint, Shakelford actually had stage one breast cancer in March 2017.

The Board of Medicine suspended Bigg's license in May 2020 after finding 18 patients had their mammograms misread.

Shakelford was not one of those patients.

She is one of two women who have filed lawsuits against Bigg and the Allison Breast Center, who were not listed in the board's report.