David Vincent/AP
World War II reenactors gather on Omaha Beach in Saint-Laurent-sur-Mer, Normandy, Sunday, June 6, 2021, the day of 77th anniversary of the assault that helped bring an end to World War II. While France is planning to open up to vaccinated visitors starting next week, that comes too late for the D-Day anniversary. So for the second year in a row, most public commemoration events have been cancelled. (AP Photo/David Vincent)

COLLEVILLE-SUR-MER, France -- Several events have commemorated the 77th anniversary of D-Day that led to the liberation of France and Europe from the German occupation.

“In the heart of the mist that enveloped the Normandy Coast ... was a lightning bolt of freedom,” French Defense Minister Florence Parly said. “France does not forget. France is forever grateful.” 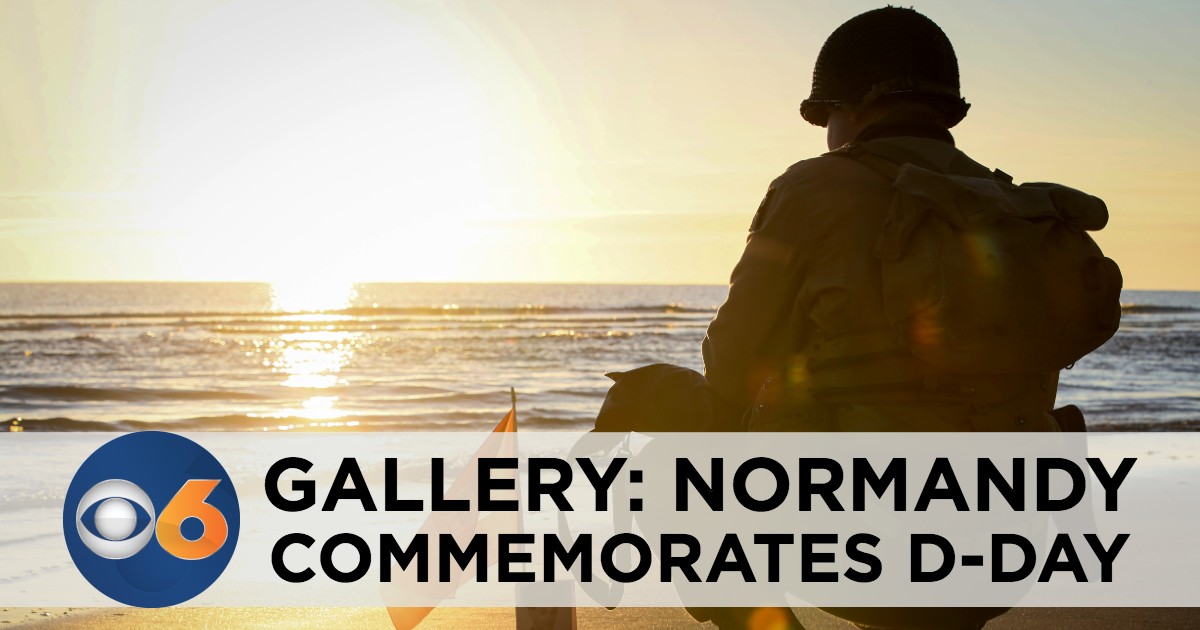 For the second year in a row, commemorations on Sunday were marked by virus travel restrictions that have prevented veterans or families of fallen soldiers from the U.S., Britain and Canada making the trip to France.

Most public events have been canceled and the official ceremonies were limited to a small number of selected guests and dignitaries.

Over the anniversary weekend, many locals have come out to visit the monuments marking the key moments of the fight and show their gratitude.