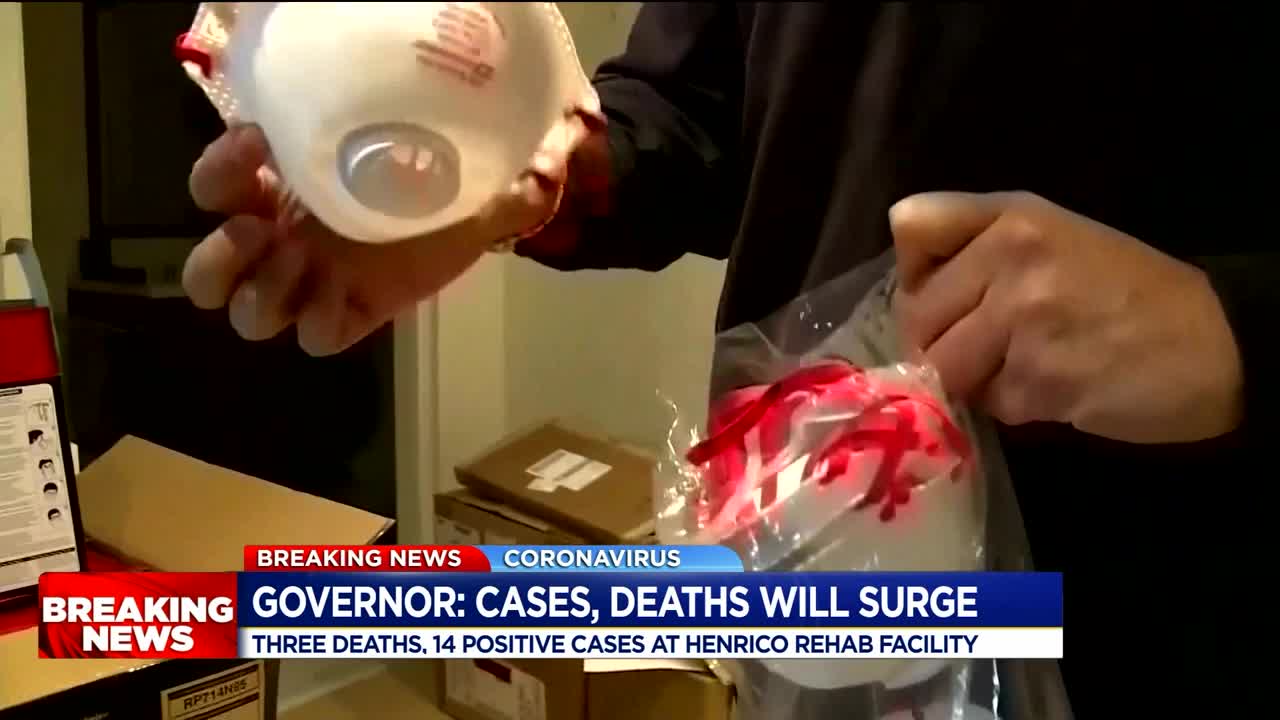 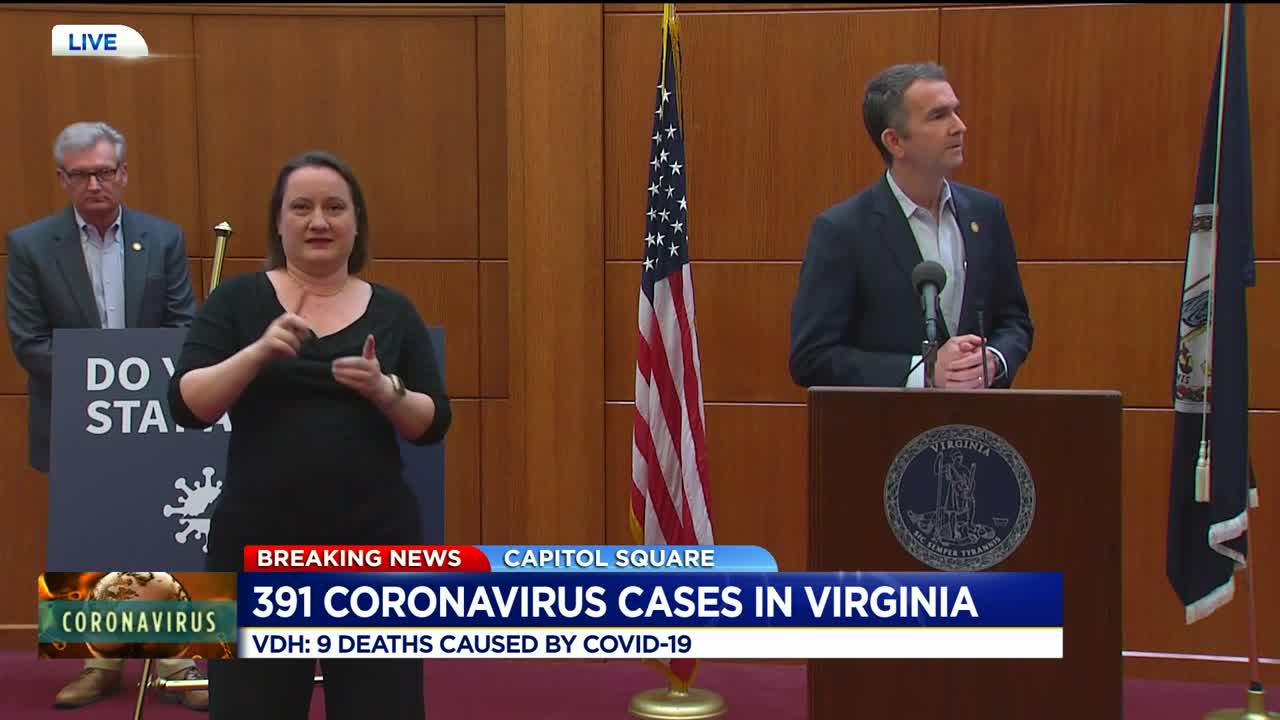 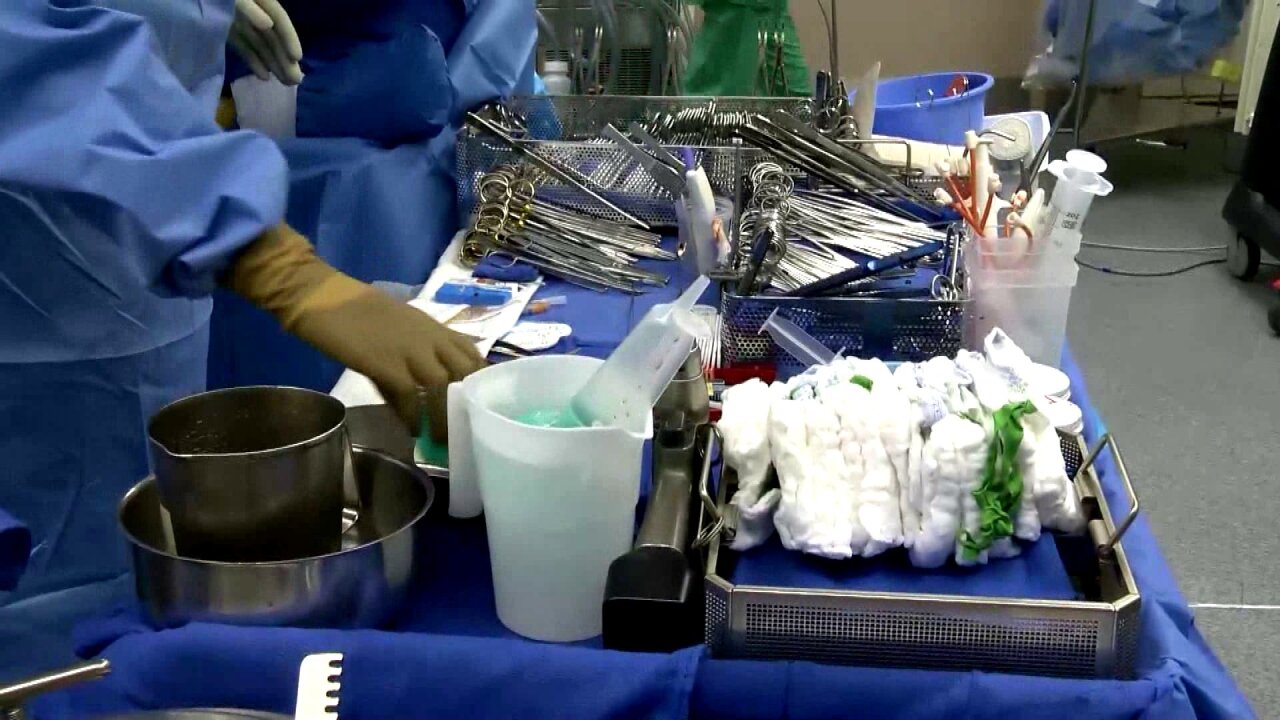 RICHMOND, Va. -- At his Wednesday briefing on the state’s response to the coronavirus, Virginia Governor Ralph Northam discussed several steps his administration is taking in anticipation of the number of cases overwhelming the state’s healthcare system.

Northam talked about this as the number of cases rose to 391 statewide, according to the Virginia Department of health. Meanwhile the number of patients requiring hospitalizations grew to 59 and at least 13 people have died from the virus.

“If one looks at the curves of the hospitalizations that we're seeing of the increased cases that we're seeing, not only here in Virginia, but in other areas of the country, we anticipate overburdening the capacity of our current healthcare system,” said Northam. “We see that coming, we want to prepare for that.”

Northam said in order to prevent the healthcare system from being overburdened, they need to increase the number of beds, staff, and medical equipment available in the state.

When it comes increasing the number of beds, Northam said they are looking at building field hospitals with the Army Corps of Engineers.

“This week, my team and I spoke with the United States Army Corps of Engineers. The Corps can build emergency hospital bed capacity and sites that we identify for them. We are working to assess several potential locations in regions across Virginia should the need arise,” said Northam. He added that once a site has been chosen it will be announced.

As for increasing the number of medical personnel available, Northam is asking for volunteers from the medical field to enlist in the Virginia Medical Reserve Corps and be available to be deployed to any hotspots.

Northam noted 1,500 have joined up in the last month.

“We’re looking for healthcare professionals 18 or older, both current or previously licensed, as well as students. So I’d ask you, those that are able to volunteer and are interested in volunteering to please go to the website. It’s vamrc.org,” said Northam.

Northam added his administration is still working to secure as much medical equipment as possible, but added the competition between states for the supplies is driving up prices. He again called on the federal government to lead a national response.

“Allowing the free market to determine availability and pricing is not the way we should be dealing with this national crisis,” said Northam.

Northam said the order does not apply if delaying the procedure would cause harm to a patient, nor does it apply to “outpatient visits in hospital-based clinics, family planning services, or emergency needs.”