Family on senior who tested positive at retirement community: 'She feels trapped' 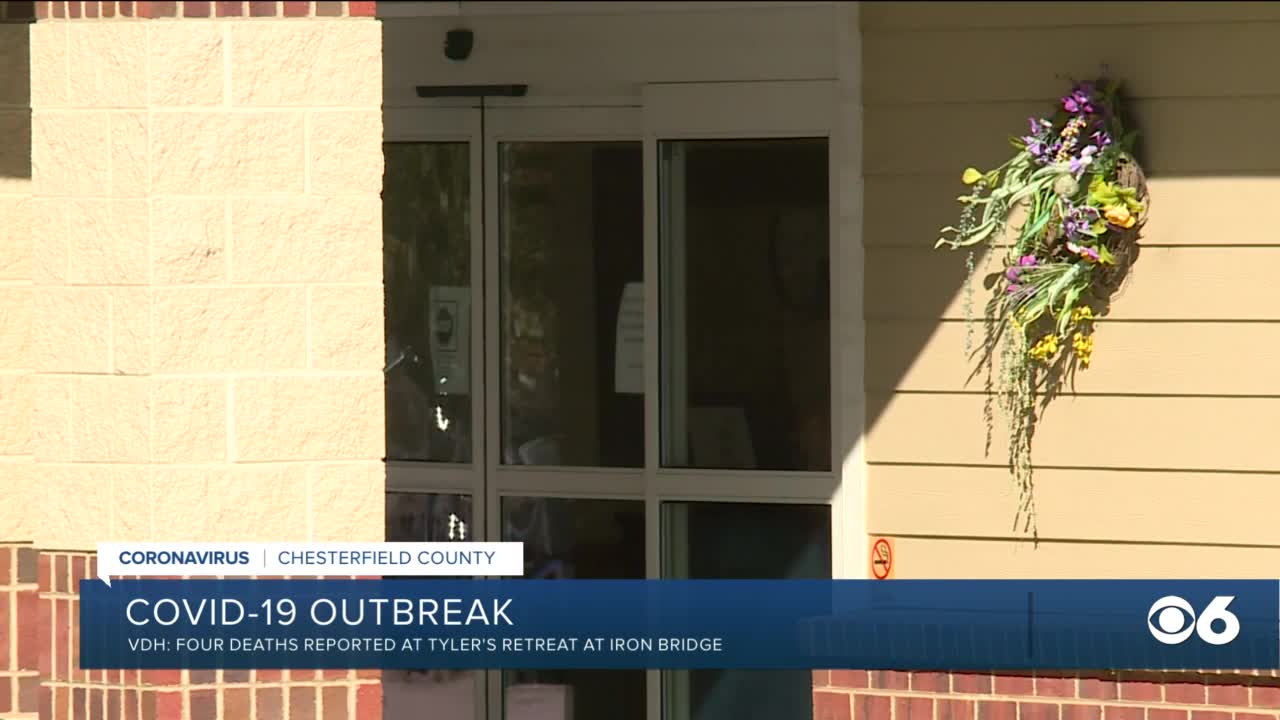 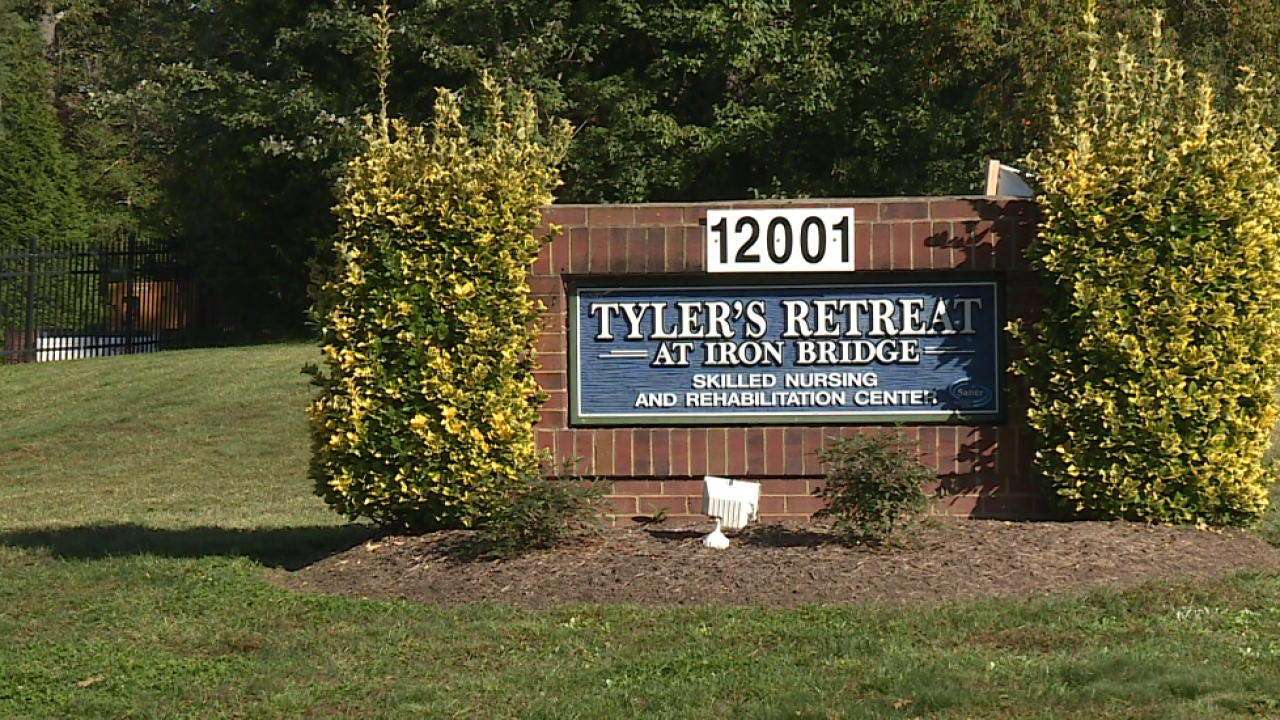 CHESTER, Va. -- The director of a retirement community in Chester issued a statement Wednesday afternoon after reporting more than 80 cases of the coronavirus.

Four people have died and more than 80 have tested positive for COVID-19 at Tyler's Retreat at Iron Bridge, according to the Virginia Department of Health (VDH).

“The facility acts in the best interest of its residents to promote their health, safety, and welfare,” Pope wrote. “We continue to work closely with the Department of Health and follow all local, state and federal reporting guidelines and regulations. We have routinely updated all residents and responsible parties regarding their condition and care.”

Pope said he could not comment on personal health information citing HIPAA regulations.

The retirement community is located at 12001 Ironbridge Road in Chesterfield County. On Wednesday, "Do not enter" signs were posted on the front doors.

The VDH was notified about the first positive test on September 29, according to a department spokesperson.

"VDH has provided infection control recommendations, conducted a site visit, and followed up with the facility regularly since learning about it," VDH spokesperson Brookie Crawford wrote in an email about the situation. "The facility is also continuing to do additional testing."

A family member of a resident in her late 80s said the senior tested positive for COVID-19 last week. That family member, who didn’t want to be identified, said the resident has pneumonia.

“She feels trapped. They all do,” the family member told CBS 6. “It’s terrifying.”

Chesterfield Health Director Dr. Alexander Samuel said Tyler’s Retreat has the only outbreak in the county.

“I think it just speaks to how highly infectious COVID-19 is,” Samuel stated. “Unfortunately, there can be a lapse. I can’t speak specifically in the case of Tyler’s Retreat. That’s something being looked into right now.”

Samuel said staff opened a COVID-19 unit for patients who tested positive while other residents are in isolation.

“There’s stringent isolated protocols that are put in place. That usually involves co-hosting individuals who are positive together, therefore having staff practice incredible infectious control measures as they take care of them,” Samuel explained.

The company also owns Liberty Ridge Health and Rehab in Lynchburg, which also reported an outbreak in progress, according to the VDH website.

A Central Virginia Health District spokesperson said that location has had between one to four cases and zero deaths. VDH doesn’t report exact case counts when there are fewer than five.