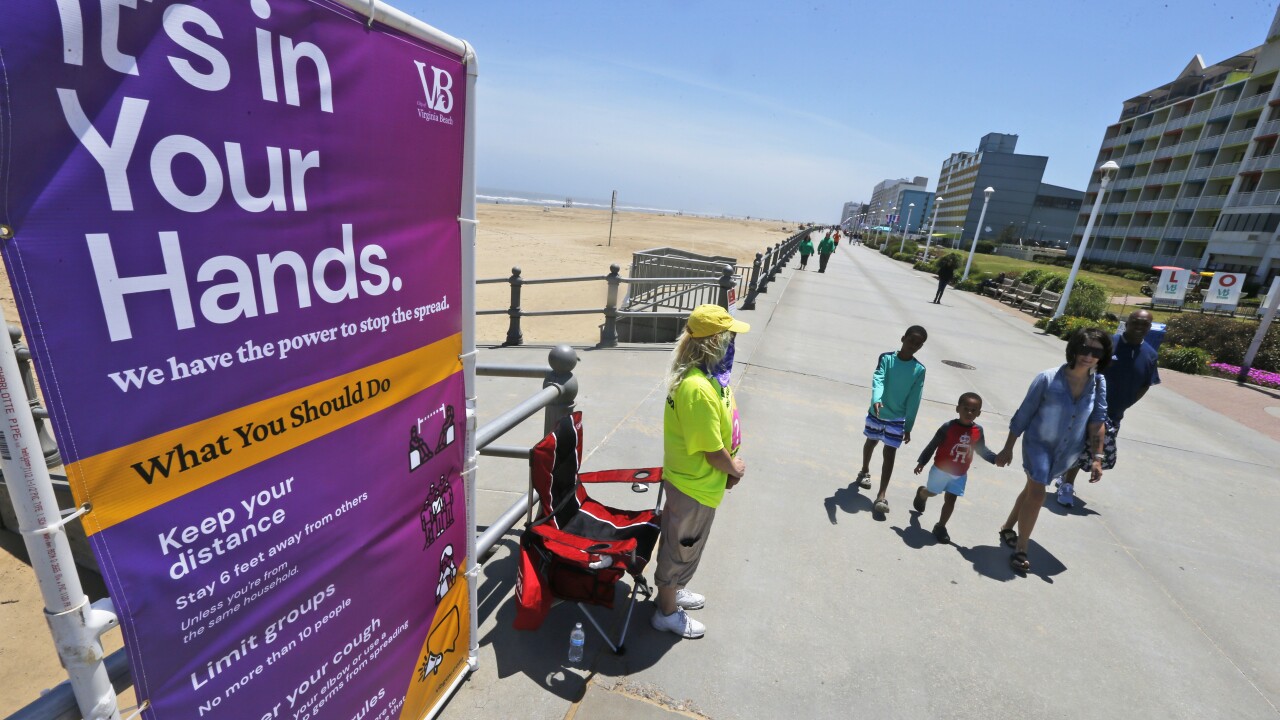 The Hampton Roads will now join the rest of the Commonwealth in Phase Three of the “Forward Virginia” plan.

“Hampton Roads residents, businesses, and health officials have worked together to reduce the spread of COVID-19,” said Governor Northam. “New cases have dropped by more than half, hospitalizations have declined, and percent positivity has fallen below the statewide average. But we cannot let our guard down—we all must continue practicing social distancing, wearing facial coverings, and following all public health guidelines."

The tighten COVID-19 restrictions initially went in to affect on July 31 after the percent positivity rate ranged from 9.9% - 18.6% in the Eastern Region. That was signifcantly higher than the rest of Virginia at 6% percent positivity.

Some of those restrictions included no alcohol sold or consumed after 10 p.m., a ban on gatherings of more than 50 people, and all indoor dining was limited to 50% capacity.

According to the Governor's Office, the percent positivity rate for the Eastern Region is now 6.7% and has been decreasing for 12 days, as of September 9.

The office says the number of new COVID-19 cases in the Eastern Region has also been decreasing for 46 days.