"I felt betrayed by that and by the dirty politics going on." 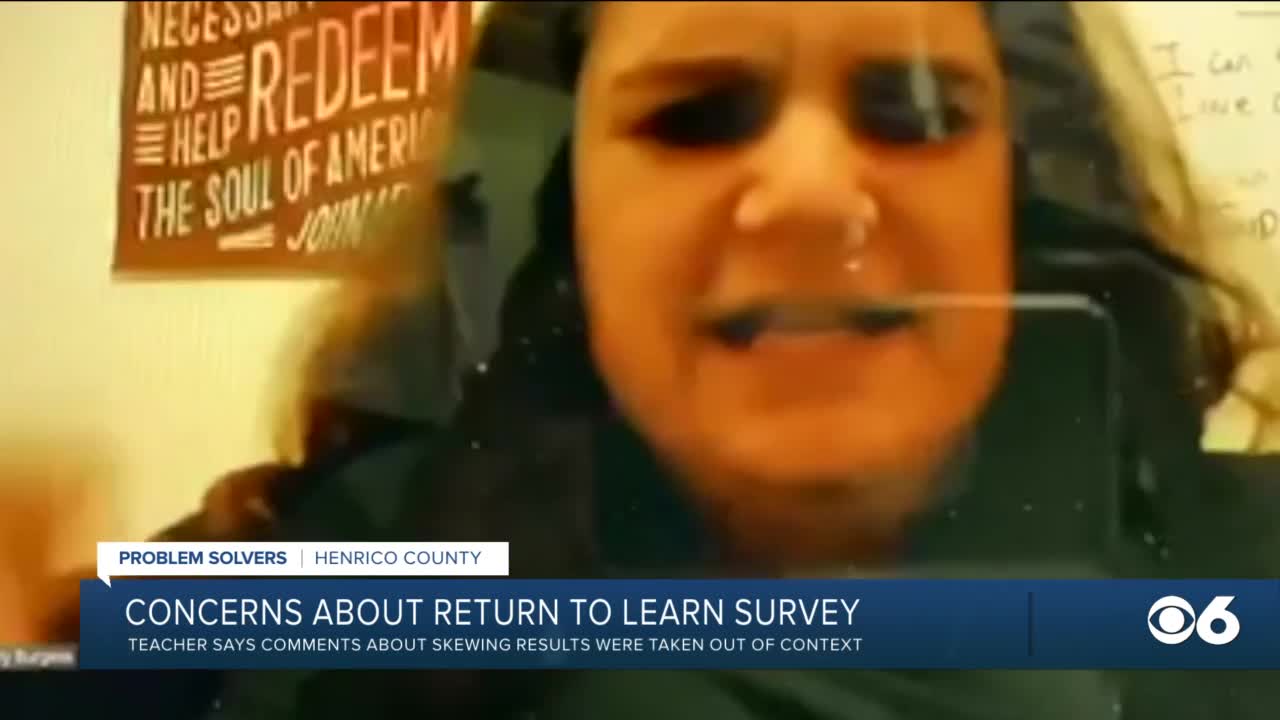 HENRICO COUNTY, Va. -- Henrico County Public Schools will move forward with their in person learning surveys despite concerns that some citizens are trying to skew the results, according to Public Information Officer Andy Jenks.

Ryan Burgess teaches social studies at Highland Springs High School in the East End, and is at the center of the controversy.

"I'm very passionate about my kids and my subject matter," Burgess said. "We all want to be back in the classroom."

And yet, Burgess, who is a part of the "Back to School Safely" Facebook group has not decided if she will go back if Henrico opts to start in person learning for the second nine weeks of school.

"I am concerned about my own personal safety and that of my family," Burgess said.

Her concerns now have her in the middle of a controversy surrounding two surveys the school system sent out: one for parents, and one for staff.

In a recorded video, Burgess can be seen participating in a Zoom call with members of the "Back to School Safely" group talking about the staff survey, which asks staff if they plan to return to school, take leave, retire, or resign, if in person learning resumes.

In the video, Burgess said "to get the word out that you can pick all of the options available on the survey and skew the data is, you know, one way to go."

Somehow the video went public and Burgess believes someone in the meeting shared it.

"I felt betrayed by that and by the dirty politics going on," Burgess said.

Some people who saw it alerted school Superintendent Dr. Amy Cashwell because they were worried that the survey was being manipulated.

Burgess said that is not the case.

"There is no manipulation of the survey in any way shape or form," Burgess said. "I made a flip comment and that got misconstrued in a group that was supposed to be a private group. What happened was that comment was taken out of context."

Superintendent Cashwell sent a letter to the Henrico Education Association expressing her disappointment with the video.

She added that it does not reflect the "productive problem solving approach I have become accustomed to from the HEA."

Burgess is a member of the HEA.