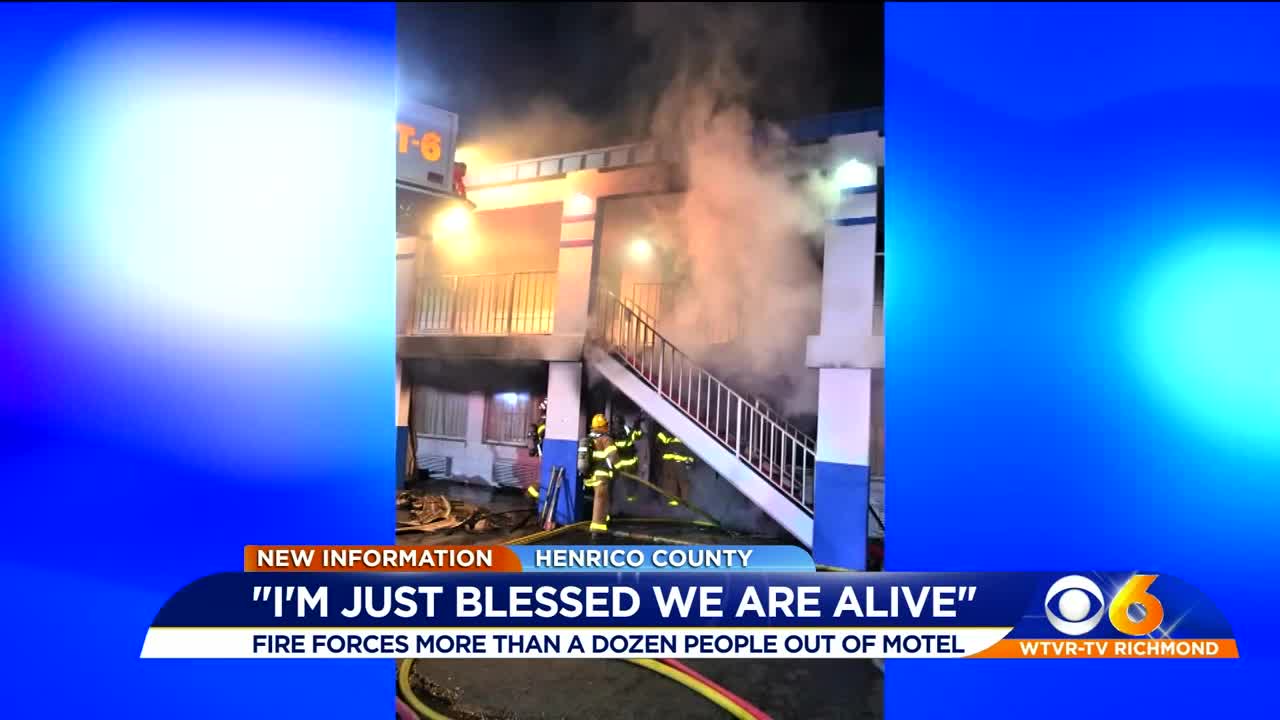 The cause of a fire that damaged rooms at the Capitol Inn motel near Richmond International Airport remains under investigation. 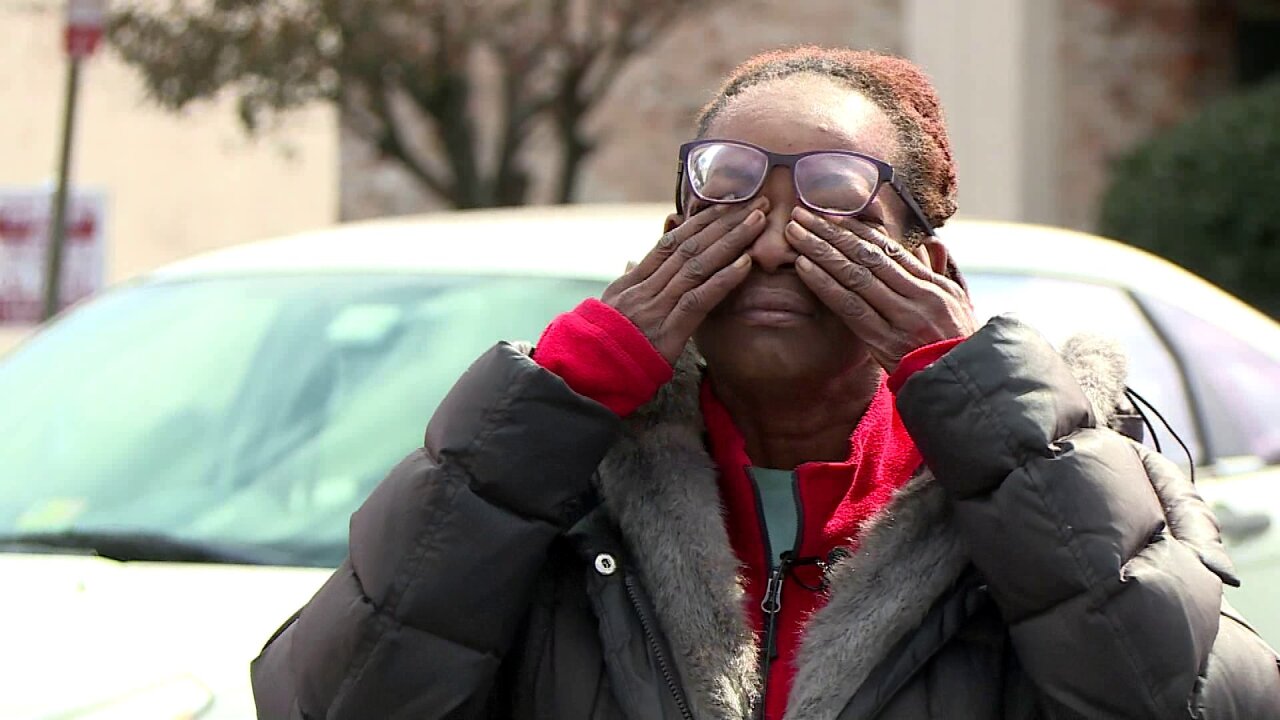 SANDSTON, Va. -- Two Henrico Police officers suffered non-life-threatening injuries and were taken to the hospital to be treated for smoke inhalation following a Thursday night fire.

A Henrico County Police Department spokesperson told CBS 6 the two officers were recovering and are expected to be released on Friday.

The officers were among those helping evacuate people from the two-story Capitol Inn motel near Richmond International Airport after a fire broke out in one of the first-floor units around 8:55 p.m. The smoke and heat extended to the adjacent rooms.

A woman who was staying in one of those adjacent rooms told CBS 6 she was asleep when the fire started and was woken up by her son, who she did not believe at first.

“Then all of a sudden I smelled this intense smoke. You know, I’m like, ‘Wait a minute.’ I jumped up,” said Jennifer Jenkins. “When he opened the door all this black smoke, kind of, came and I’m, like, ‘Oh, my God. The hotel is, like, literally on fire.’”

Jenkins said she and her son were able to escape their room without help, but it was not easy.

“The smoke was so thick. My son got lost in the smoke. I couldn’t really see, I’m like, going, you know, trying to feel, ‘cuz, it’s like, you know, the stairs. It’s coming up,” said Jenkins. “When they say you can die from smoke inhalation, now I understand. You know, because it was so thick, and it was so black and you literally couldn’t see in front of you.”

"I’m just blessed that we are alive this morning," she added.

A total of five units and 16 people were displaced because of the fire. The motel was putting those people up in a hotel across the street with help from the American Red Cross of Virginia.

“We’ll meet with those displaced residents, identify their specific and individualized needs and develop a plan to assist them in the days to come,” said spokesperson Jonathan McNamara. “Identifying resources that are available in the community, connecting them with other organizations that can provide assistance. Just being a good neighbor, which is our role in these situations.”

The Henrico County Fire Marshal’s Office is investigating the fire and the fire marshal told CBS 6 they have ruled out that the fire was either maliciously or intentionally set. They added the early indication is that it was an electrical fire as the area where it appears to have started was in a spot near a TV, microwave, and other electrical/electronic equipment.

The fire marshal added they found that in some of the motel rooms smoke alarms were not properly installed and in working order. He said they spoke with motel management and any room that was reoccupied after the fire was equipped with a working smoke alarm. He added officials would be returning to the motel next week to talk to motel guests about the importance of not removing smoke alarms.

The fire marshal said that anytime someone stays at a hotel or similar establishment, they should check to make sure their room has a working smoke alarm. If it does not, talk to the management to address the problem. If they do not do anything about, he said to contact the local fire marshal.