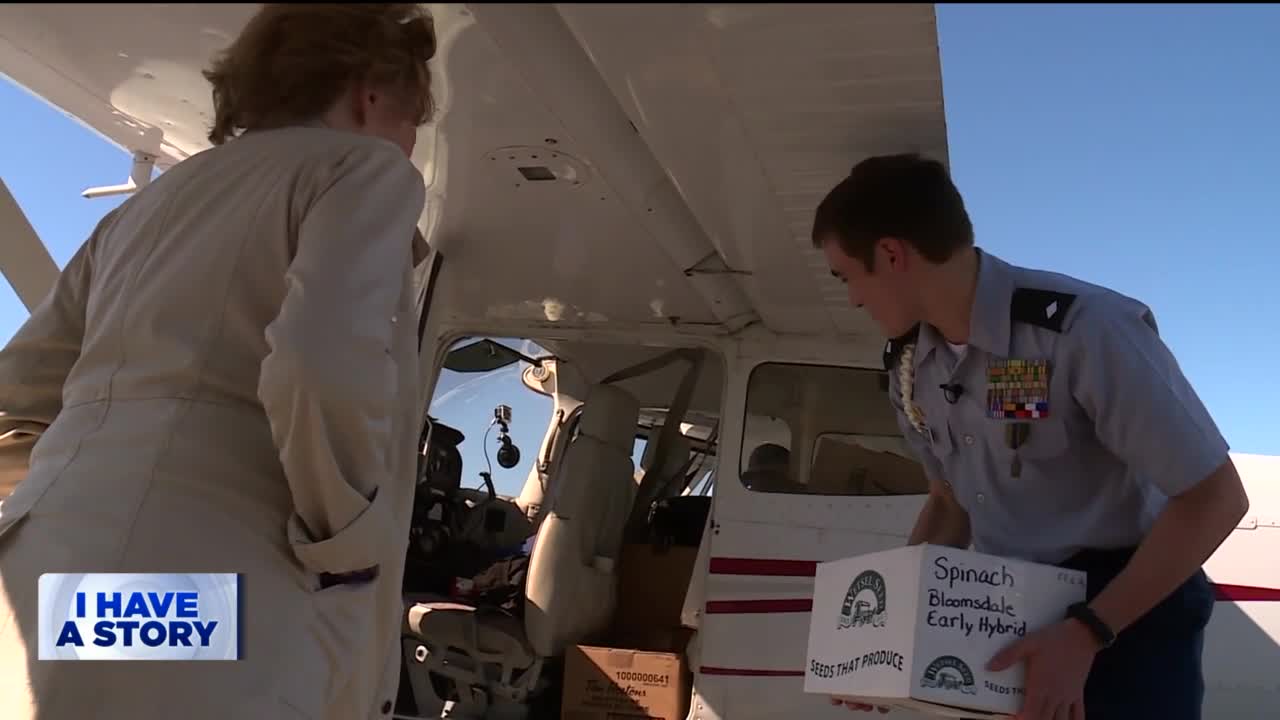 A Virginia teenager is flying around the state delivering food pantry donations to communities in need. 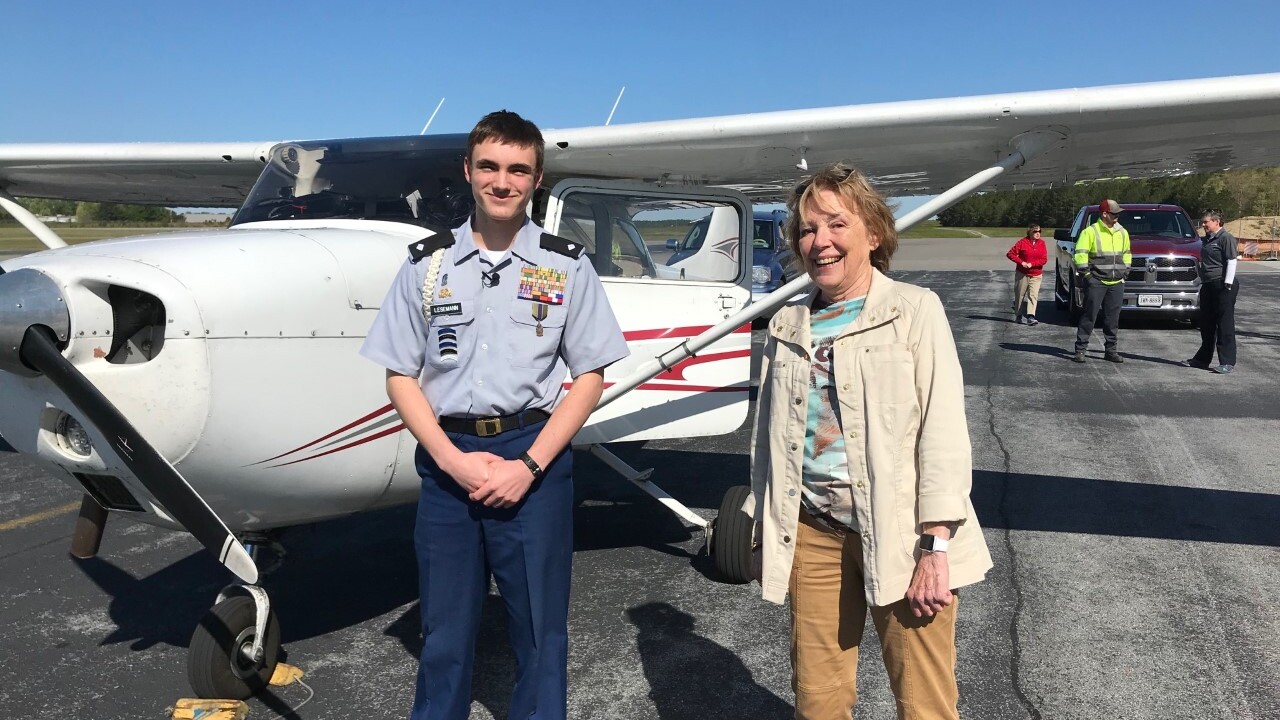 RICHMOND, Va. -- When you're waiting for someone special to arrive at the airport, the last few minutes always seem to take the longest.

Waiting at Chesterfield County Airport, Linda Hudgens scans the skies for her version of Santa who is not flying a sleigh, but a Cessna jet.

Griffin Phillips-Leseman is flying a mission from the heart, 100 miles from Harrisonburg to Chesterfield.

Once he touches down, he'll he meets his new friend Linda.

Their new friendship started with a phone call to St. Mathias' Episcopal Church.

Whey they talked for the first time, Linda didn't believe the stranger on the line who said that he wanted to donate food to her Chesterfield church's stressed food pantry.

“The first call was rather interesting. They didn’t know if we were pranking them or joking," Griffin explained.

Hudgens described the phone call as a godsend out of thin air.

Virginia Air Feed is the name of Griffin's organization which flies planeloads of nourishment nearing 500 pounds to communities in need.

“We can go anywhere in the state and we can get there in two hour so it is just a time effective process," Griffin explained.

What sets this donor apart from others? His age.

At a time when most teens are learning to parallel park, Griffin is flying planes across the state.

The tenth grader in ROTC at Harrisonburg High School explained that he raised $2000 in his church community and went grocery shopping.

Flying for just a year-and-a-half , Griffin wanted to do his part combating COVID-19.

Friend and flight instructor Cindy Ferek said her student is wise beyond his years.

“There is no limit to what Griffin can do," Ferek said. "People are struggling emotionally and physically. Hopefully this will be an inspiration for people to say ‘how can I help.”

At the food pantry, Griffin's generosity is filling depleted shelves and empty stomachs.

“I think it says so much about his character. His servant’s heart. He understands that we’re all in this together and we’ll all get through this together," says Mary Morsch.

“These fine individuals are in the thick of it. So I extend all of my gratitude to feed the people of Chesterfield and around the area," say Griffin.

With his non-profit taking off, Griffin's layover lasts just a few minutes. With so many hungry people to feed, he needs to keep moving.

“That is the biggest reason we’re doing this," Griffin said. “I don’t see them as strangers. I see them as fellow Virginians.”

“Its just an amazing gift that I don’t think he will ever understand the depth of what he is doing," Linda said.

If you know of someone with an interesting story to tell email me at gmcquade@wtvr.com
Remember to watch "I Have a Story" every Friday night on the CBS6 News at 11pm.