The Virginia engineer who saved Halloween 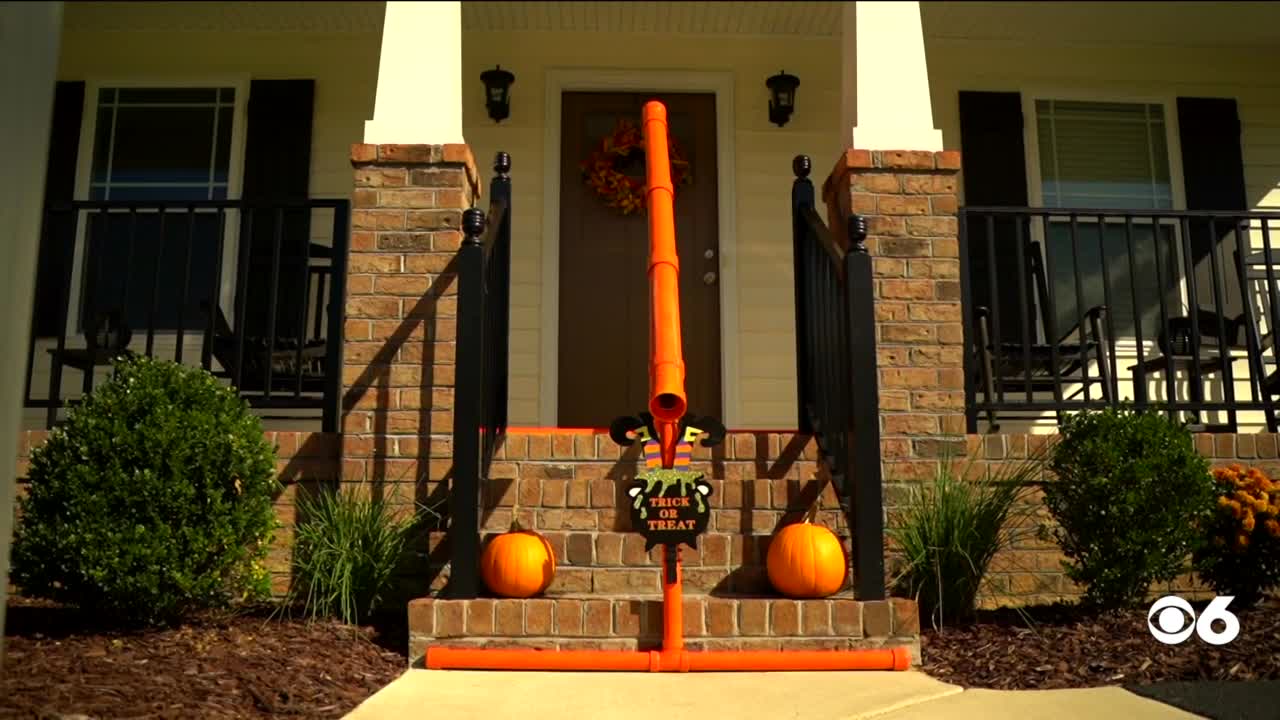 Hanover County man who is creating a buzz with his homemade candy slide.

“This thing has become more popular than I ever imaged it would," Minor said about his DIY project that has neighbors big and small racing to his home.

"It is so simple. But gets the job done,” he said.

The electrical engineer's invention has caused quite a spark.

"Not difficult at all to build. It was very simple to build. All it is PVC, and tape and paint,” Minor said.

The 26-year-old is making the pandemic less scary.

"Before coronavirus I would have never thought to do something like this,” he said.

Not waiting for Halloween. Tiny neighbors make sure the Virginia Tech grad's contraption is primed for October 31.

"Everything that is out there started with a good idea,” he said. “Honestly, I think coronavirus brought out the engineer in all of us."

"I think it is going to be the highlight of trick or treating in our neighborhood,” Griep said. "I think it makes Halloween possible for kids who wouldn't normally be safe in this environment right now."

Beyond Hanover County, the Candy Slide swept through social media.

Chris has been featured on news outlets all over the world.

"It has gone everywhere,” he said. “I’ve gotten messages from people in Australia, England, Ireland. I have a friend who has family in Italy. They saw it in Italy."

With so much notoriety, he expects ghouls and goblins to haunt the home he shares with his wife Nicole.

"Right now my candy supply is good, not great. So, I need to stock up before Halloween,” he said. "I'm expecting a big crowd. I am hoping for a big crowd."

Chris’ plans to build a non-contact candy slide are available for $5 on Etsy.

Like powerful stories? Watch CBS 6 News at 11 p.m. Fridays for Greg McQuade’s “I Have A Story” reports. If you know of someone Greg should feature, email him at gmcquade@wtvr.com

You can also watch Greg McQuade's "Heroes Among Us" reports Thursdays on CBS 6 News at 6 p.m.