I-95 back open after incident on James River Bridge

RICHMOND, Va. -- Authorities said an incident closed all lanes of I-95 at the James River Bridge in Richmond Sunday evening.

Troopers were called to the bridge for a report of a person threatening suicide just before 4:40 p.m.

"After further negotiations, the incident has come to a safe conclusion with the individual being detained without further incident," officials said in an update at 8:10 p.m.

VDOT officials warned drivers to expect delays. The incident closed all lanes of I-95 for a time and the ramp from the Downtown Expressway to I-95 south was also blocked.

"Traffic should follow the detours in place and use alternate routes until further notice," VDOT officials said. "Expect delays."

Traffic was backed up more than three miles as of 6 p.m., but all lanes had reopened by 8:50 p.m., according to VDOT. 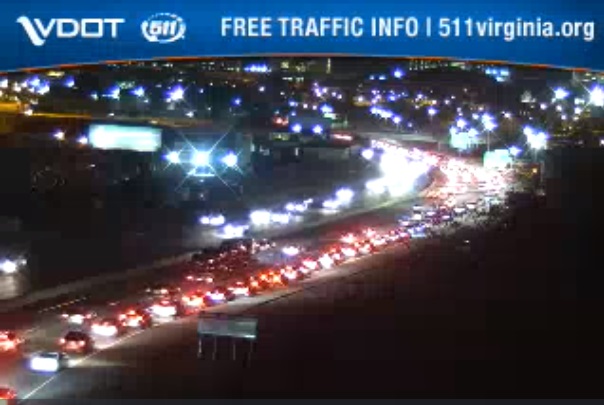