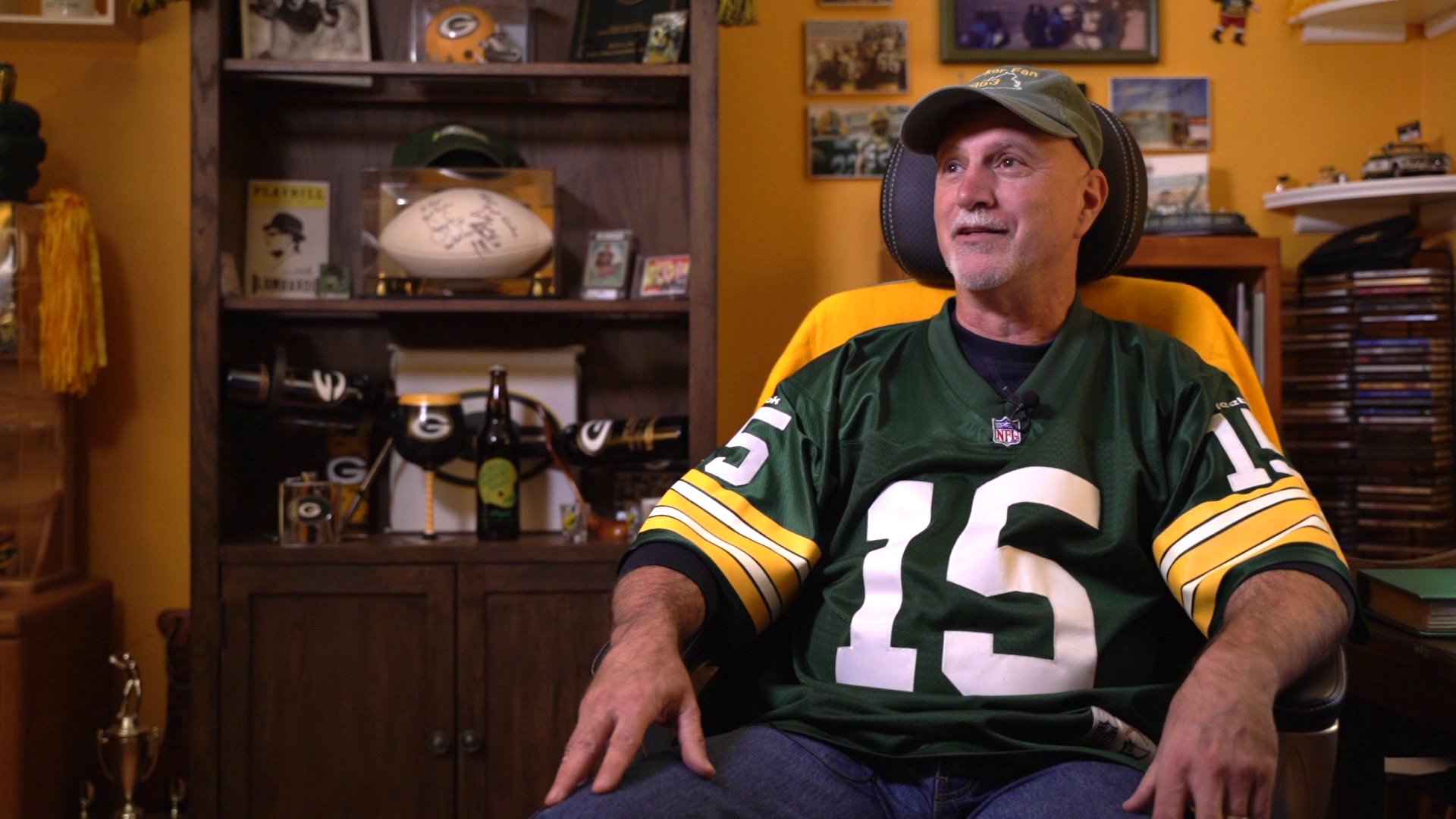 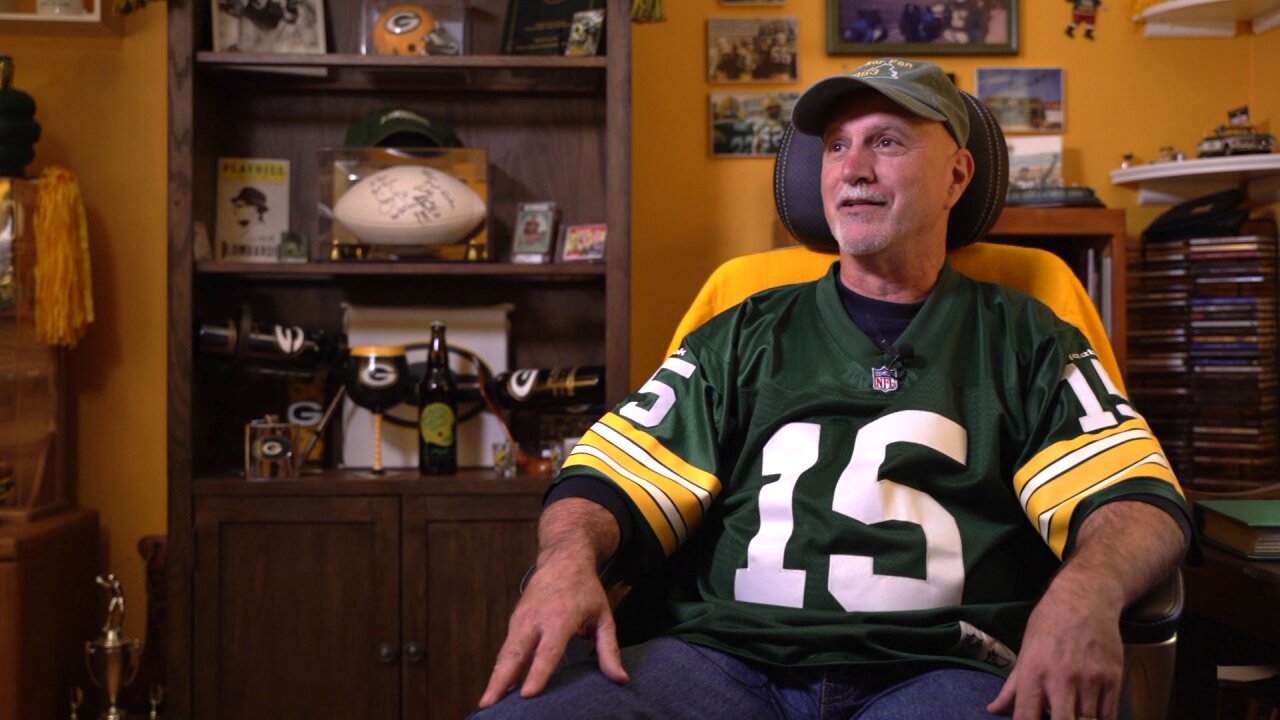 CHESTERFIELD COUNTY, Va. -- When Roger Cassem and his wife Mindy got married five years ago, he moved into her house in Brandermill.

But he didn't quite have a place of his own inside the house until Mindy granted permission for him to take a spare bedroom and do with it what he wanted.

"I said are you serious?" Cassem recalled. "She said 'yeah.' I was right out of bed, straight to Home Depot, checked out the NFL collection of team colors and got the Packer green and gold."

The result is a home shrine to his favorite team, the Green Bay Packers.

As a kid growing up in the 1960s, Cassem idolized Bart Starr, Jerry Kramer, and Paul Hornung. The philosophies of Packers head coach Vince Lombardi inspired Cassem to go into coaching himself.

The room contains autographs, pictures, and Cassem's lone share of stock in the Packers he purchased in 1996.

His prized possession though, is something his students at Manchester High School put together for him; a case that contains sod from Lambeau Field's end zone which Cassem grabbed during his first trip to Green Bay over 20 years ago.

"I always loved the team, but I really gained an affinity for the city when I've had a chance to go there," Cassem explained. "Their idea of trash talk is, 'I hope your team is ready to play today because we sure are. Would you like a brat and a beer?'"

That first trip to Wisconsin for Cassem was as a fan, but in a very unusual way.

A Richmond company was contracted to replace the sod at Lambeau Field before the 1996 NFC title game. Cassem called the company and convinced the management to let him tag along for the ride.

He had two-hour notice to be ready.

"The next thing I knew I was traveling to Green Bay as a volunteer member of the crew that would ready the field for Ice Bowl 2. Nevermind that I didn't know anyone with whom I was traveling or where I would stay, or how long," he said.

Cassem's trip was supposed to last just a couple of days. He and the job foreman ended up staying all week and got sideline passes for the Packers win over Carolina that sent them to Super Bowl 31.

"The reality was that I dropped everything, even jeopardizing my job, a little, to take a leap of faith," he said. "It led to one of the greatest adventures of my life. It was my pilgrimage."

For the last 20 years, the Packers have held a contest to find their fan of the year. Applicants submit a 500-word online essay as to why they should earn the title. Cassem submitted his story with the turf company.

His story was a hit.

"I got an email one day about three weeks later, I had kinda forgotten about it, saying we love the story and you are going to be one of the finalists," he said.

Cassem is one of 10 finalists nationwide for this year's title. The winner gets game tickets and induction into a wing of the team's Hall of Fame. For Cassem, it would mean so much more.

"To be considered one of the top fans of an organization that I think has the best fans in professional sports. These people are incredible. The competition is really stiff as I expected. It`s everything you said. It's fun, but it's also very humbling and I'm honored."

The public can log on here and vote once each day through January. The winners will be announced in February. Cassem would be the first winner ever from Virginia and just the 5th from outside the state of Wisconsin.

VOTE FOR ME, PLEASE!
Happy New Year! I am a finalist for the Green Bay Packer Fan Hall of Fame. Please vote for me using the following link.

To nominate someone to be profiled, email us at beyondtheroster@wtvr.com.