DINWIDDIE COUNTY, Va. – A Virginia State Police Trooper was injured after being involved in a two-vehicle crash in Dinwiddie County Wednesday afternoon.

State Police responded to the crash at the intersection of Turkey Egg Road and Courthouse Road at 1:10 p.m. The crash involved a Ford Sedan and a state police SUV.

“The preliminary investigation reveals that a trooper driving his marked 2013 Chevrolet Tahoe was traveling northbound on Courthouse Road,” said a state police spokesperson. “A 2011 Ford Fusion, driven by a female, 84, of Ford, VA., was attempting to make a left-hand turn from southbound Courthouse Road onto Turkey Egg Road striking the trooper's vehicle.” 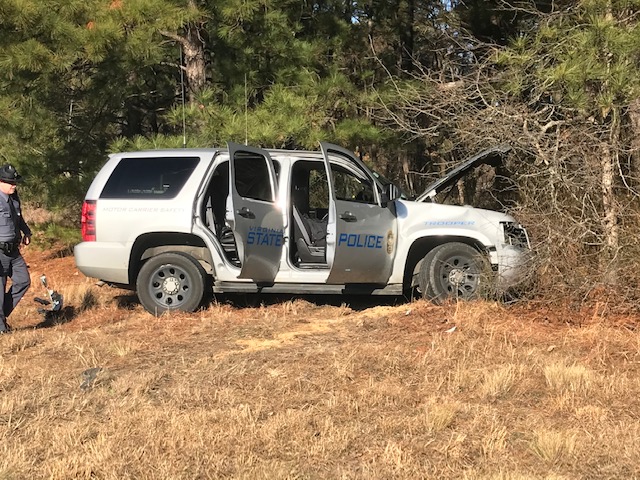 Police say the trooper was transported to the hospital for treatment of minor injuries. Sources tell CBS 6 senior reporter Wayne Covil that the trooper suffered back injuries, but is expected to be okay.

Police say the female driver was transported to the hospital for treatment of serious injuries.

Both drivers were wearing their seat belts, according to police.

State police say charges are pending and the crash remains under investigation.

This is a developing story. Witnesses can send news tips, photo, and video here.