RICHMOND, Va. -- A Richmond church will carry on the name of a murdered security guard as part of CBS 6’s Month of Giving.

Pastor Melvin Williams Jr. called Patricia Blowe up during service for what she thought was a special presentation when French came out to surprise her.

Blowe broke out in tears of joy and exclaimed, “I love you!” 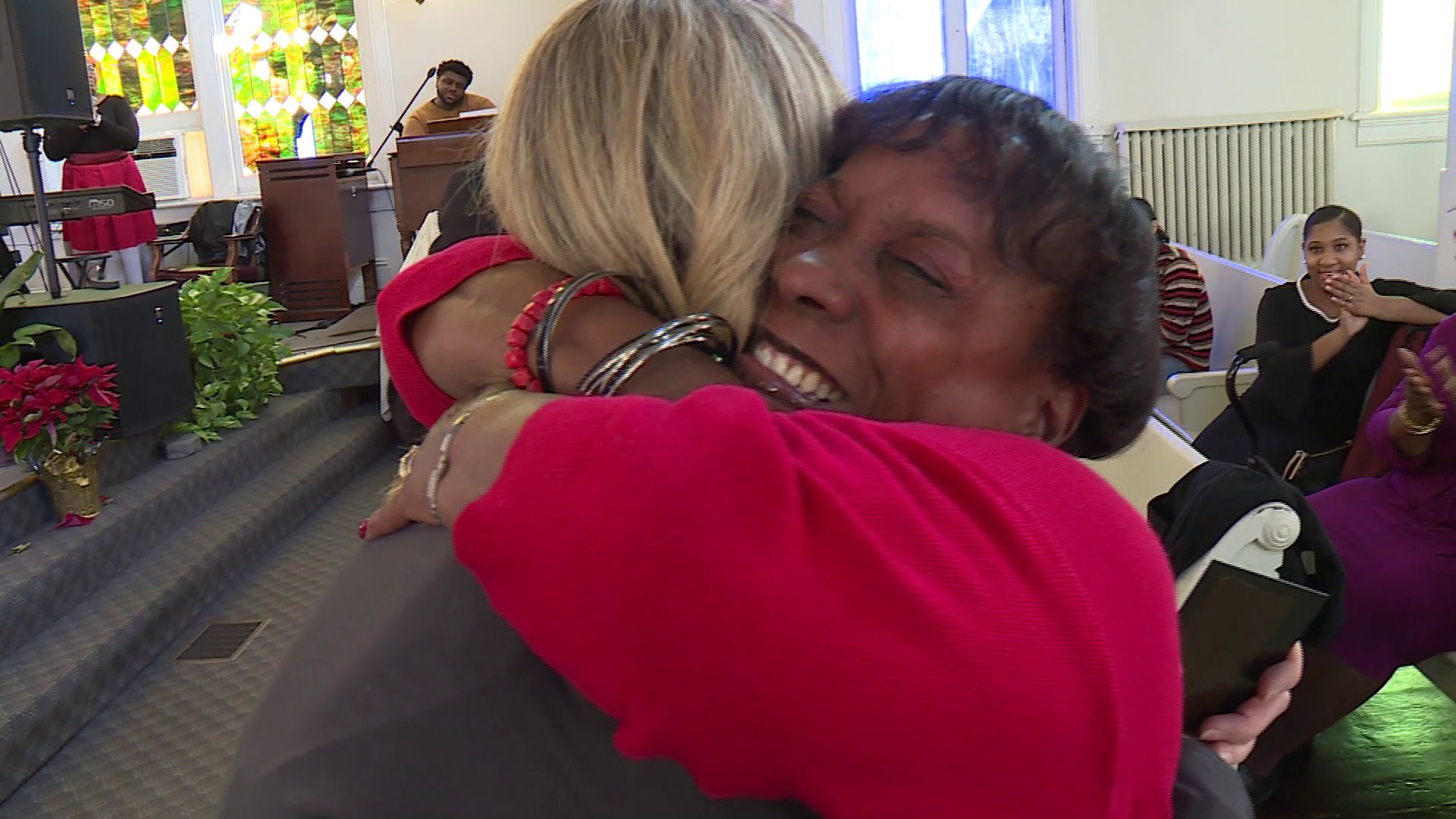 “We are going to dedicate a pew today in memory of your son Damion West,” French added.

French had a memorial plaque made and she placed it on the pew where the family sits each Sunday.

In Loving Memory of

Pastor Williams blessed the pew with a prayer.

“Father we thank you for the life of Damion God we thank you. For him to be the security guard that he was to provide protection and security for our community.”

French also had personalized memorial gifts made for the family.

West was found beaten to death near his crashed patrol vehicle on July 9,2009 while he was working as a security guard at the Ivy Walk Apartment complex in Chesterfield County.  Police say they are confident they will solve this case.