A brief period of warmth returns this week

Some areas woke up to temps in the teens today, but highs will get into the 70s this week

We will see a significant warm-up over the next few days.

Highs will reach the 60s in the metro on Monday, with some 50s north and west.

Widespread 60s are expected on Tuesday, with sections of central and southeastern Virginia hitting the lower 70s.

After a cold front passes later Tuesday, it will be colder on Wednesday with highs in the 40s.

One system will bring the chance of some showers Sunday night and parts of Monday.  The main storm system approaching from the west will bring a higher chance of rain late Tuesday into early Wednesday. 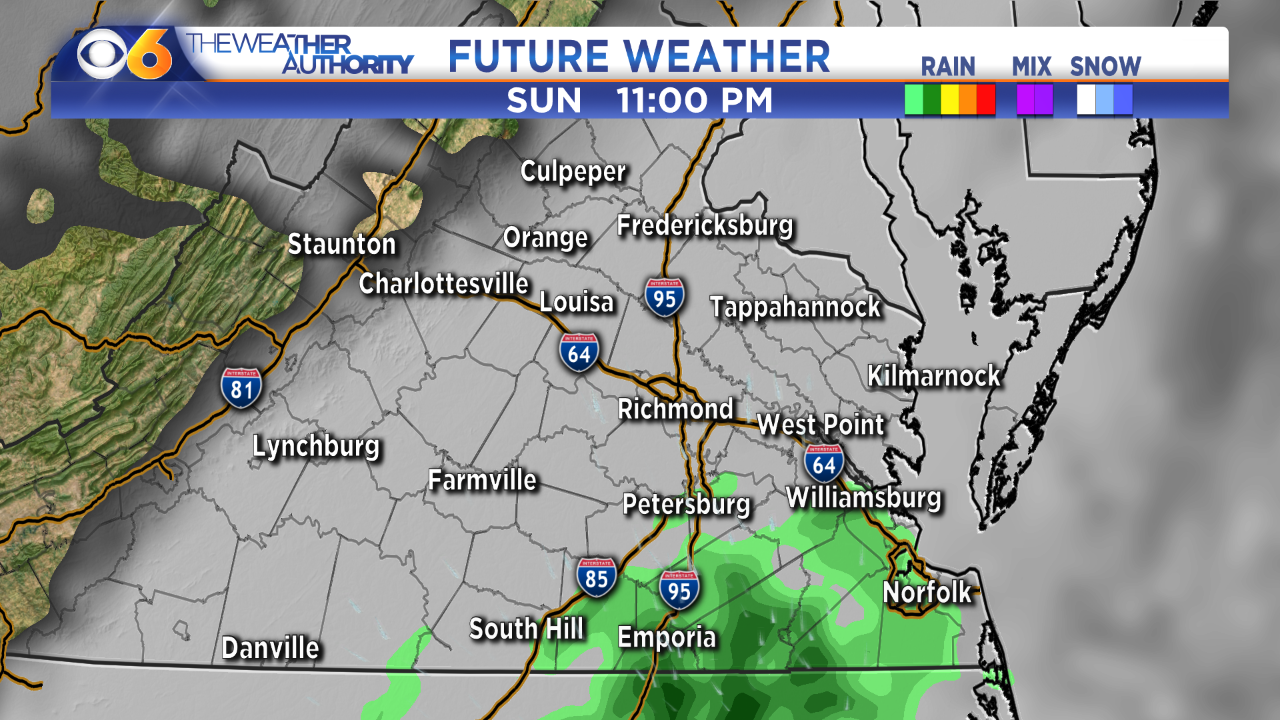 Rain will exit by around midday on Wednesday.  With some colder air filtering in, rain will mix with wet flakes, mostly north and west of Richmond.  We could see a brief period of snow showers well northwest of Richmond by late Wednesday morning.

Ground temperatures will be fairly warm, but a decent snow shower could chill the ground enough to allow for a dusting on the grass.  However, once the precipitation stops, it will quickly melt as temperatures rise into the 40s.

Our next storm will bring some rain late Friday and next Saturday.  Some freezing rain is possible in the higher elevations in western Virginia, but it will be just plain rain for our viewing area.