HENRICO COUNTY, Va. --  Whenever he gets the chance, 80-year-old Paul Galanti takes flight from the comfort of his home using a flight simulator.

“We’ll take it to downtown Richmond. It is really fun," Galanti laughed. “We’ll go up to 500 knots. Jets are easy to fly but they are really fast.”

Galanti, who dreamed of flying real planes as a child, and said he "knew what a B-24 was" before he "could count to 24."

Flying over a virtual Virginia is much safer than the real life skies the sailor flew during his more than 90 combat missions over Vietnam in just six months.

“It was a dangerous profession," Galanti said. "We knew what the odds were.”

On his 96th combat flight Galanti's luck ran out.

When his A-4 was shot down, Galanti was taken prisoner by a mob. 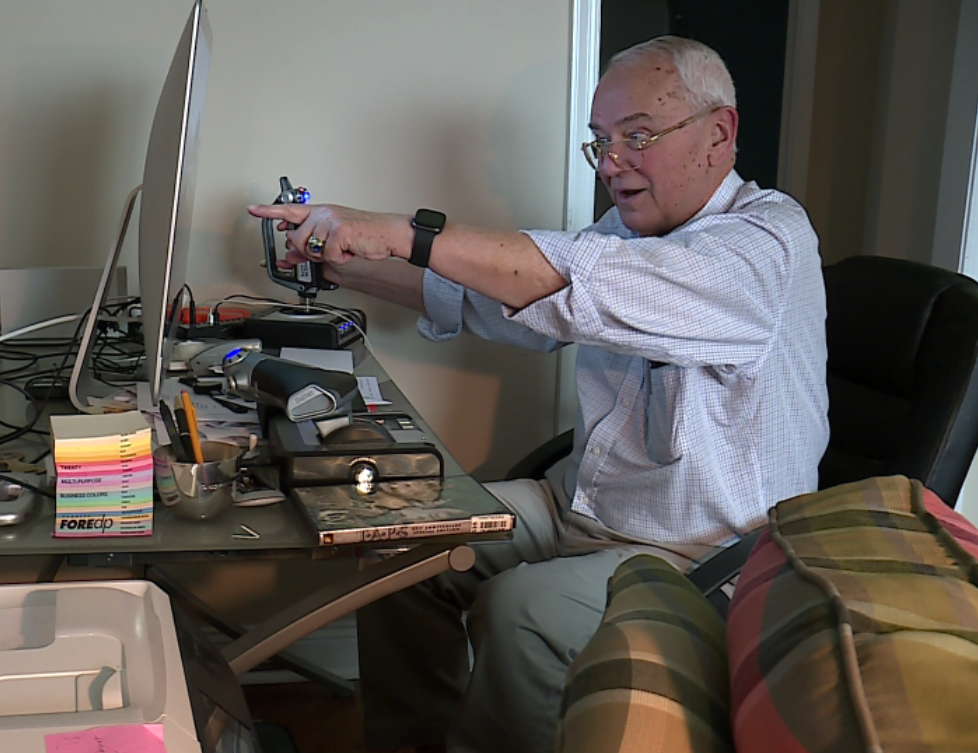 The 27-year-old endured torture and interrogations at the hands of the Vietcong at the infamous Hanoi Hilton.

“The interrogator snapped his fingers and the guard came over and wrapped me up and hogtied my shoulders together and cut off the circulation and pulled them around till my elbows touched,” Galanti recalled. “I never felt so much pain as I did wrapped up. It took six months for me to feel my fingers again.”

The POW’s plight made the cover of Life Magazine.

“They wanted us to smile for the cameras," Galanti said. "I just glared at the camera and just eased my middle fingers down.”

A seven-year nightmare, but Galanti and other American prisoners including the late Sen. John McCain never lost hope.

“Always. I was the world’s biggest optimist,” Galanti said.  “That is the thing. The North Vietnamese weren’t ready. They captured the biggest bunch of optimists in the world.”

“I didn’t sleep a wink. It was great. I was on the first plane getting out of Hanoi,” he said.

His reunion with wife Phyllis at Naval Station Norfolk frozen in time on Newsweek.

“There is my Dad, my Mom and Phyllis all standing there with a crowd of people. They were all cheering,” Galanti remembered.

These days Galanti and fellow veterans meet for weekly luncheons at Gus’ in Mechanicsville.

"I'm a better man for having gone through it, but I wouldn't want to do it again," he said.

Folks will get to salute Galanti on Saturday, Dec. 7 when he is Grand Marshall of the 2019 Dominion Energy Christmas Parade in Richmond.