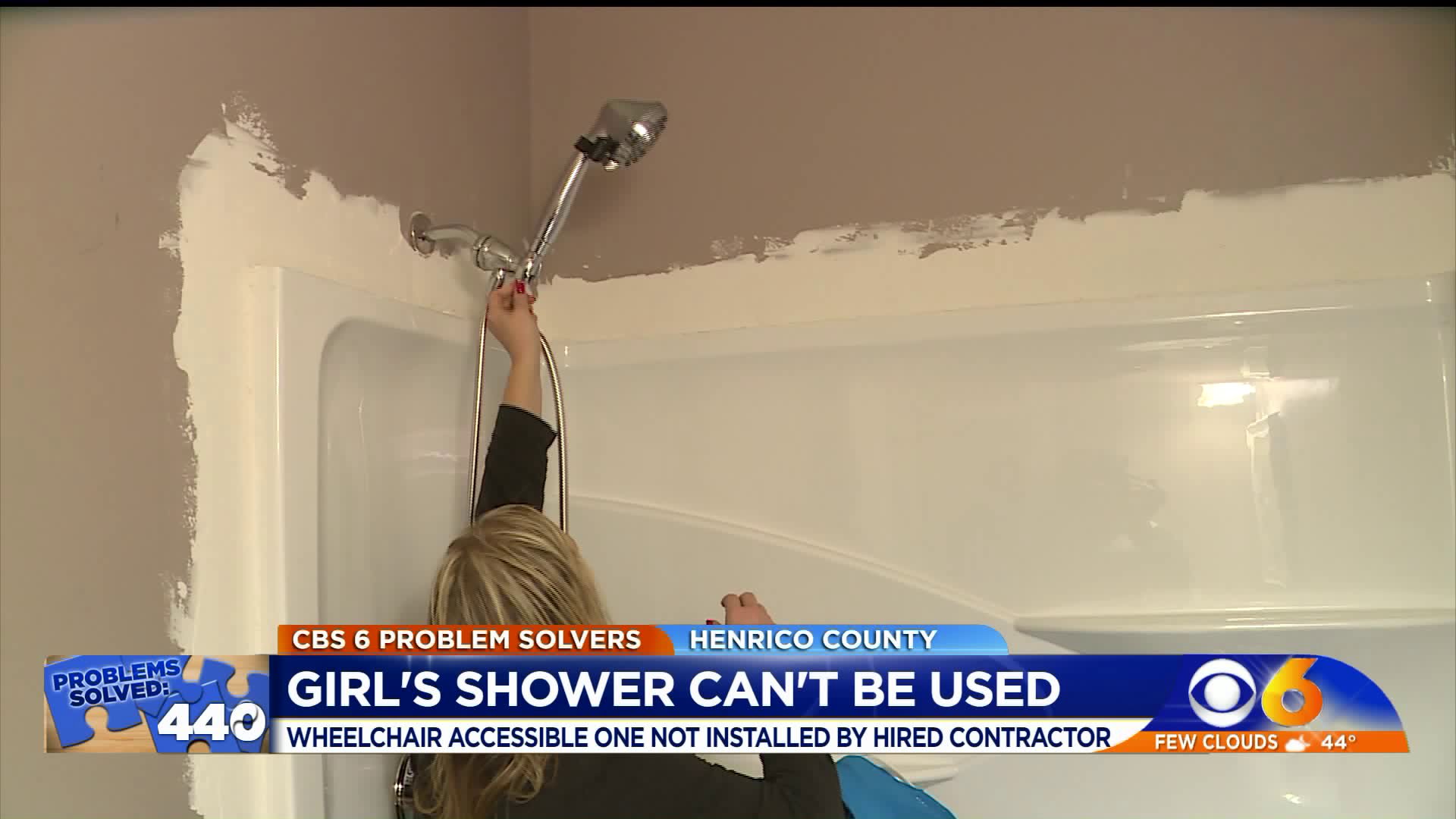 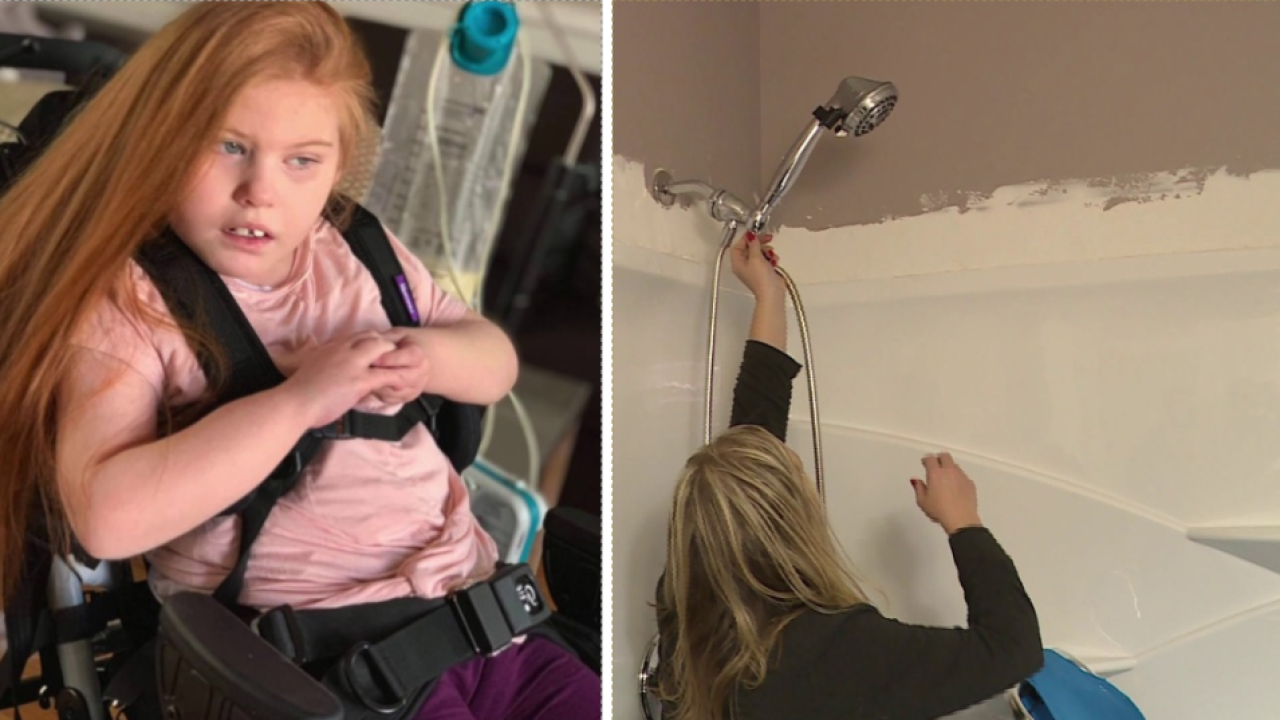 GLEN ALLEN, Va., -- A Henrico family reached out to the CBS 6 Problem Solvers after a contractor failed to install a wheelchair-accessible shower for their daughter living with a life-threatening brain disorder.

Ellie Holloman was diagnosed with lissencephally shortly after birth. The rare brain disorder causes the 8-year-old to have seizures and use of a feeding tube.

"We were only given 2 years for her to live, but we are lucky she’s gotten eight years," said her mother, Lynne Holloman.

In 2018, the Holloman family was approved for a wheelchair-accessible shower to be installed inside their Glen Allen home through Anthem Healthkeepers Plus.

The insurance company offers home modifications up to $5,000 per year, which is paid by Virginia Medicaid.

"It was awesome to hear that this could happen for us," Lynne recalled. "We bought this house so Ellie could have an accessible bathroom and her bedroom is downstairs. We just had a bathtub and we needed to make it so the shower chair could roll right in."

However, the Holloman's described the work started by a local contractor in July 2019 as "not [Americans with Disabilities Act] ADA compliant."

The shower that was installed has a curb or threshold, which prevents a shower chair from rolling inside.

"I don't think it's properly sealed, the shower head is way too high, and the hot and cold don't work," Lynne described.

The family admitted they signed off on the project, but thought the contractor would finish the job.

An Anthem spokesperson sent this statement:

Anthem HealthKeepers Plus is committed to providing access to high quality, cost-effective healthcare services, including home modifications. When the need for a home modification is identified, we work with a third party to facilitate and manage the process. We are working with the vendor to address and resolve the issues raised by our member.

CBS 6 spoke to the contractor who offered to return to the home and repair his mistakes.

The Holloman family has requested the insurance company hire another contractor to redo the work.