Firefighters were called to the East End Landfill, which accepts construction waste, off Darbytown Road just before 12:30 a.m. Saturday.

“A deep-seated fire that is difficult to access will keep personnel busy for an extended period of time,” Henrico Fire Assistant Chief Jeff Farmer said.

Crews were still battling a “few hot spots” as of Sunday afternoon, but officials said 90 percent of the fire is out and called the blaze "completely contained."

Officials said the underground fire was several hundred yards long at one point.

As a result, officials said when crews knocked a flare up down in one spot, another fire would pop up nearby. 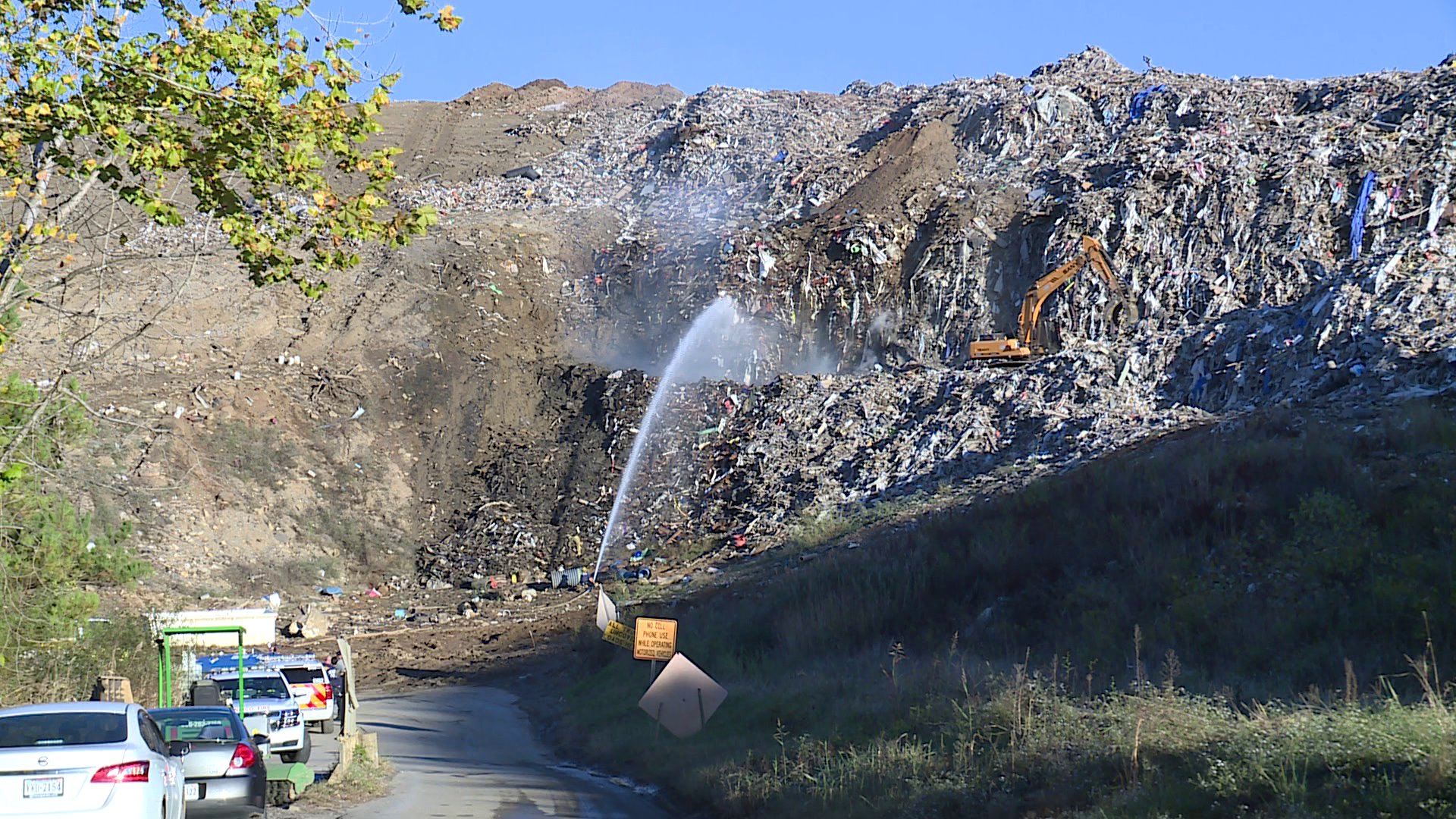 Workers from the landfill piled dirt at the top of the debris pile before pushing it down the side of the mountain of material to smother the fire.

Other landfill workers used excavating equipment to remove debris so that firefighters could hit the blaze with water.

Officials are uncertain what caused the fire, but said materials in landfills can sometimes spontaneously combust because of pressure and other factors.

No injuries were reported and firefighters noted landfill workers were "very helpful" over the weekend.