Vandals wanted for cutting down fence in Richmond park

RICHMOND, Va. -- Richmond Police are looking for at least five vandalism suspects who cut down a construction fence erected around Abner Clay Park.

The incident occurred Monday, September 30, according to police.

Surveillance photos show the suspects cut the wired fence completely taking it down, before rolling it up. Police say the suspects took out and left the fence in the park. 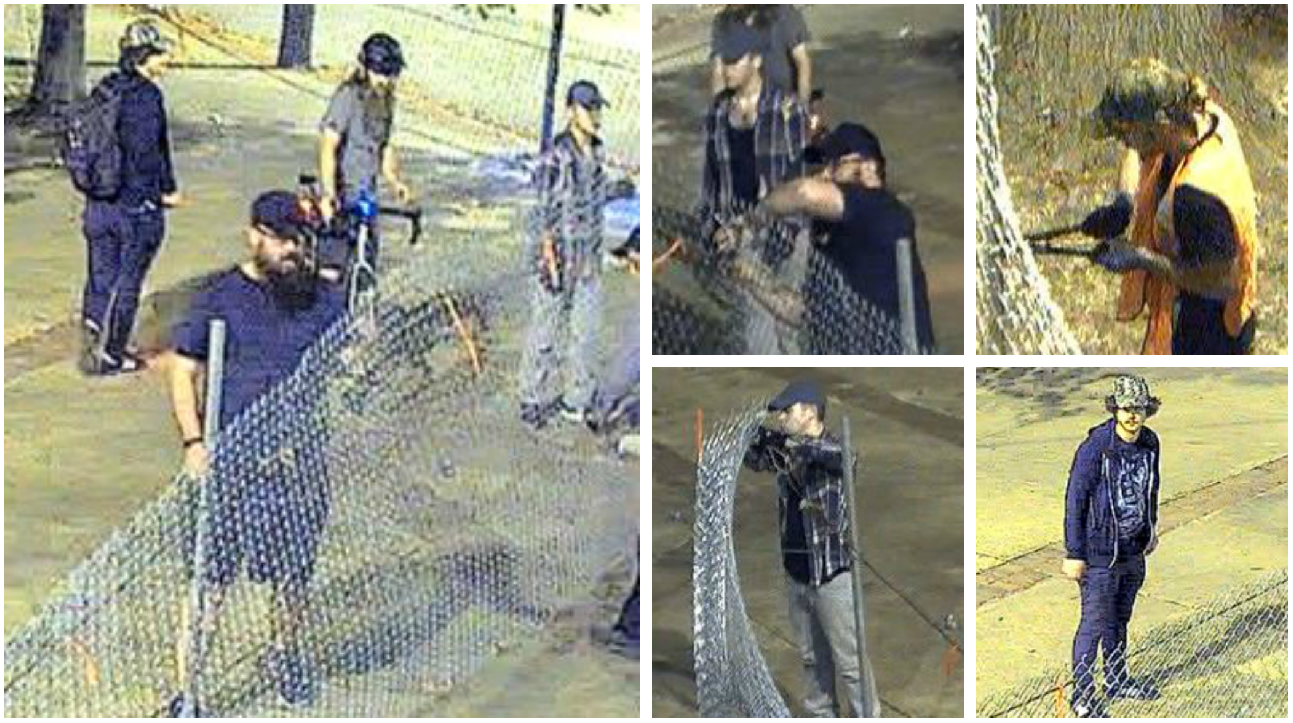 Due to the vandalism, crews had to put the fence back up, which cost more than $2,000. The construction fence was in place for upcoming renovations in the park.

Police are asking for the public’s help to identify the suspects wanted for destruction of property, trespassing, and/or possibly attempted grand larceny.

"I started campaigning for park improvements more than 25 years ago when we found out there was lead paint on the playground equipment," she explained. "It's angering because I have put so much into this. We had to scale our park renovation back because there wasn’t enough money."

Gray said community members have expressed their frustrations since that construction began.

"There are people upset that the fence went up and they say they weren’t notified about it," Gray stated. "We are about to undergo major grading and construction work here, so it’s a construction zone. Fencing is required to secure the area so people don’t stumble in the area and get injured."

Richmond Parks and Rec shared information about the impending renovation on their social media pages and website, according to the councilwoman. She offered this message to the suspects.

"Think about the children in Gilpin Court and think about the residents in Jackson Ward," Gray said. "I think it’s very thoughtless and an act of entitlement. They really need to think twice about what they’re doing to harm our community and it’s a community of color."