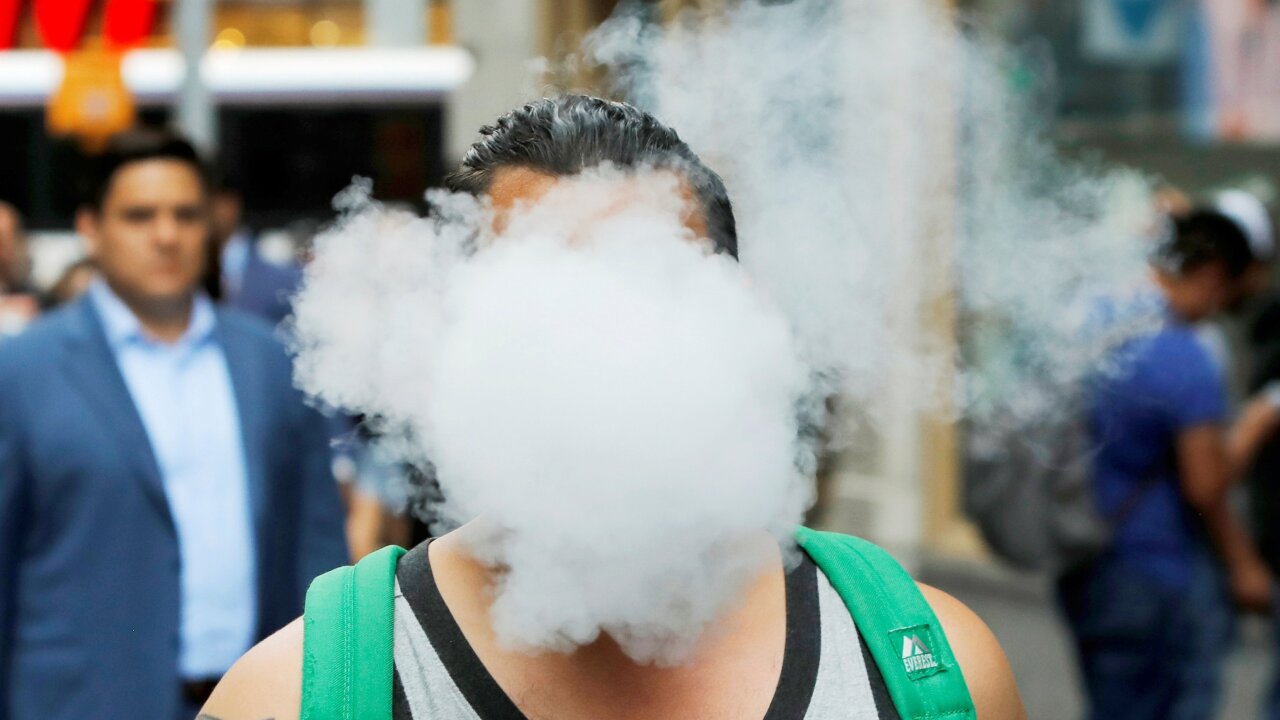 Hundreds more cases of vaping-related lung injuries across the United States have been reported to the US Centers for Disease Control and Prevention.

Hundreds more cases of vaping-related lung injuries across the United States have been reported to the US Centers for Disease Control and Prevention.

There are now 805 confirmed and probable cases of lung injury associated with e-cigarette use in 46 states and the US Virgin Islands, as of Tuesday, the CDC reported on Thursday.

That number is up from the 530 cases that the agency reported last week.

As part of the update, 12 deaths have been confirmed in 10 states: two in California, two in Kansas, and one each in Illinois, Indiana, Minnesota, Missouri, Oregon, Florida, Georgia and Mississippi.

On Tuesday, CDC Principal Deputy Secretary Dr. Anne Schuchat said during a House subcommittee hearing that she anticipated the number of vaping-related illnesses reported this week to be “hundreds higher” than last week.

Illinois Congressman Raja Krishnamoorthi, chair of the House Oversight and Reform’s Subcommittee on Economic and Consumer Policy, said that he is now “dismayed” to learn that the cases are as high as they are, “representing a national increase of 275 lung illnesses” reported in just one week.

“The numbers are worse than we could have even imagined,” Krishnamoorthi said in an emailed statement on Thursday. He is leading the congressional investigation into the youth vaping epidemic.

“This harrowing news reinforces my commitment to continue our subcommittee’s investigation into youth e-cigarette and vaping use in order to curb this growing public health crisis,” he said.

The Mississippi State Department of Health reported the nation’s 12th death on Thursday, which was in a person under age 30 and marked the first vaping-associated death in the state.

“Any death related to vaping is one too many, and this is entirely preventable,” Dr. Paul Byers, the state epidemiologist for the Mississippi State Department of Health, said in a news release on Thursday.

“We grieve with the family over this loss, and our hopes are that this helps emphasize how serious the dangers of vaping can be,” Byers said.

So far Mississippi has identified four cases of serious lung injury tied to vaping, all in individuals between the ages of 18 and 34.

A specific cause of the nationwide outbreak of lung injuries remains unknown, but all reported cases have a history of e-cigarette use or vaping.

The CDC, US Food and Drug Administration, state and local health departments, and other clinical and public health partners are continuing to investigate the multi-state outbreak of lung injury associated with using e-cigarette products.