How emergency management helped this veteran find his ‘place again’

RICHMOND, Va. -- Deep underground and out of sight, the Virginia Department of Emergency Management (VDEM) prepares for Hurricane Dorian by drawing on a wealth of knowledge.

Logistics expert Lorenzo Leon thrives in situations like these. The Texas native coordinates with FEMA to move critical resources to storm-ravaged areas.

“First time doing it, I knew I loved it and would make a career out of it,” Leon said. “Communication is big. Everyone has to be on the same page. Lots of moving bodies. Lot of moving parts." 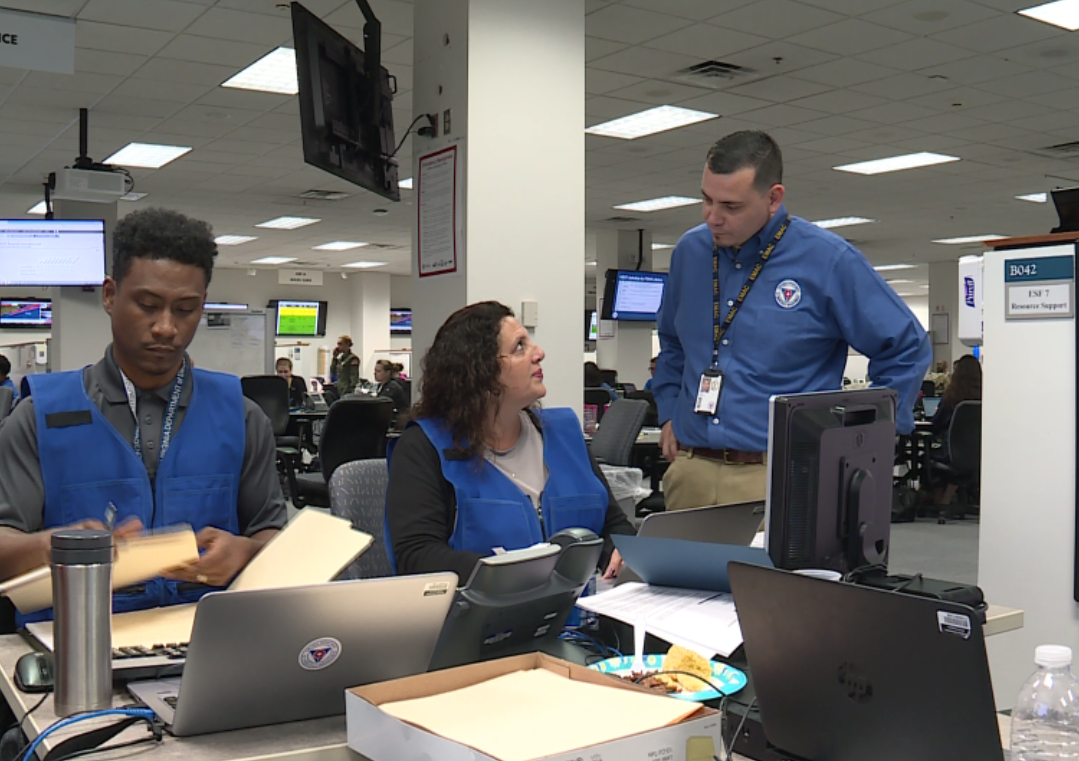 The 31-year-old gained plenty of experience witnessing the wrath of a monster storm up close. Leon spent ten days in Puerto Rico after Hurricane Maria in 2017 where he helped move relief supplies to areas leveled by the natural disaster.

War zones are something Leon is all-too familiar with as the father of three spent 2010 in Afghanistan hunting for IEDs with the 101st Airborne Division.

“My time in the military helped me prepare by being a critical thinker," Leon explained. "Molding me to become a leader and to have some compassion for the people I’m helping also.”

The veteran said VDEM helped him overcome the nerve-fraying experience.

“When I got home, I didn’t know what to think anymore," Leon said. "It wasn’t till I found emergency management that I felt I had a place again.”

VDEM’s Jeff Caldwell said the number of people who have come to the emergency management field from various professions is "eye-opening."

Caldwell said Leon is a true asset to VDEM.

“He is assigned a 12-hour shift, but he is working much more than that because he believes in the mission and wants to improve the lives of those that are having the worst day as an event like this blows through,” Caldwell said.

Whatever Dorian dishes out, Leon and the rest of VDEM’s seasoned team will be ready.

“That is where I find the reserve in me to keep going and the motivation is to help the people," Leon explained. "And make sure they are comfortable and make sure they can go back to a normal life as soon as possible.”