Redskins assistant traveled long road to the NFL: ‘There’s nothing like being around the game you love’ 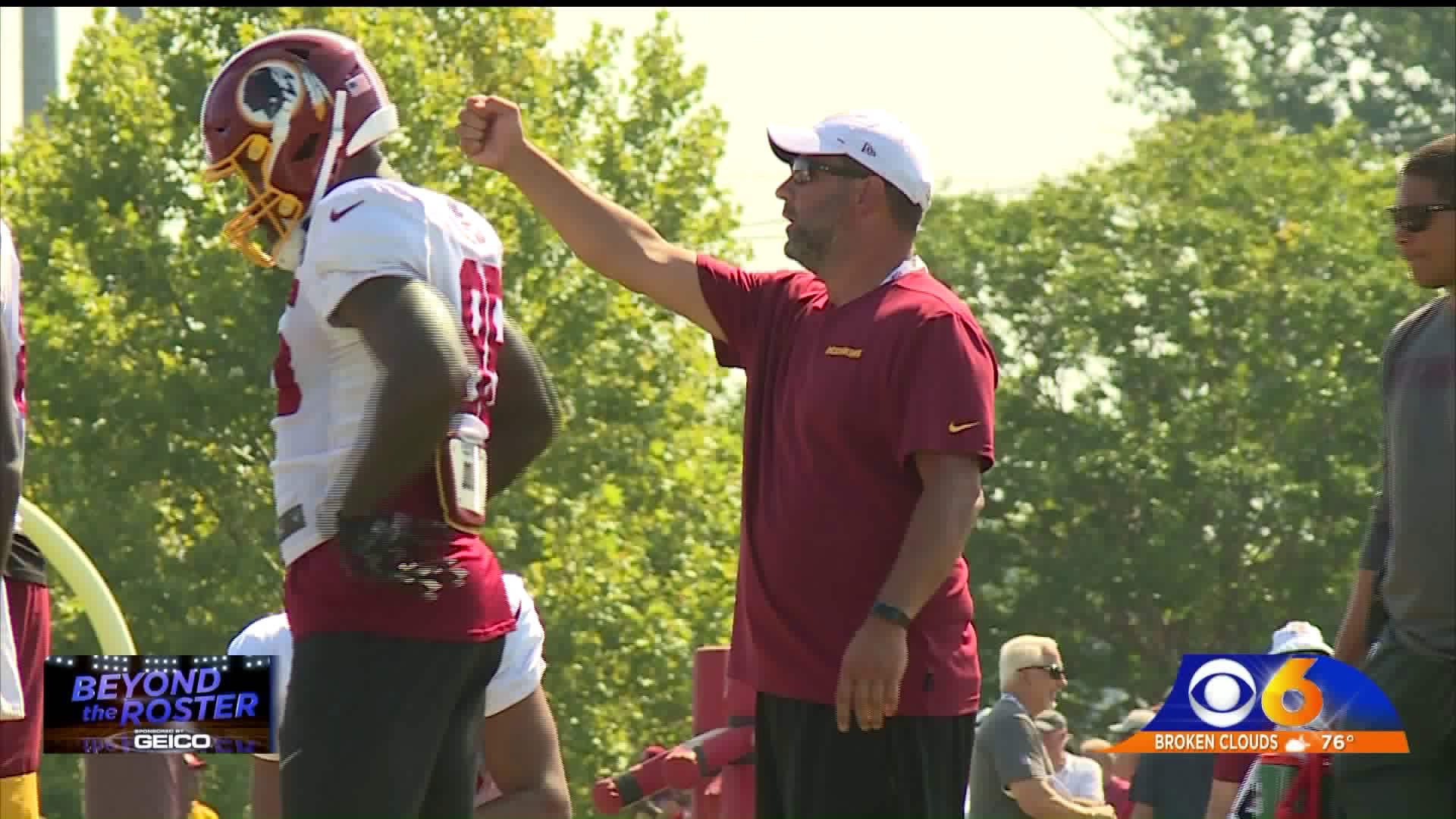 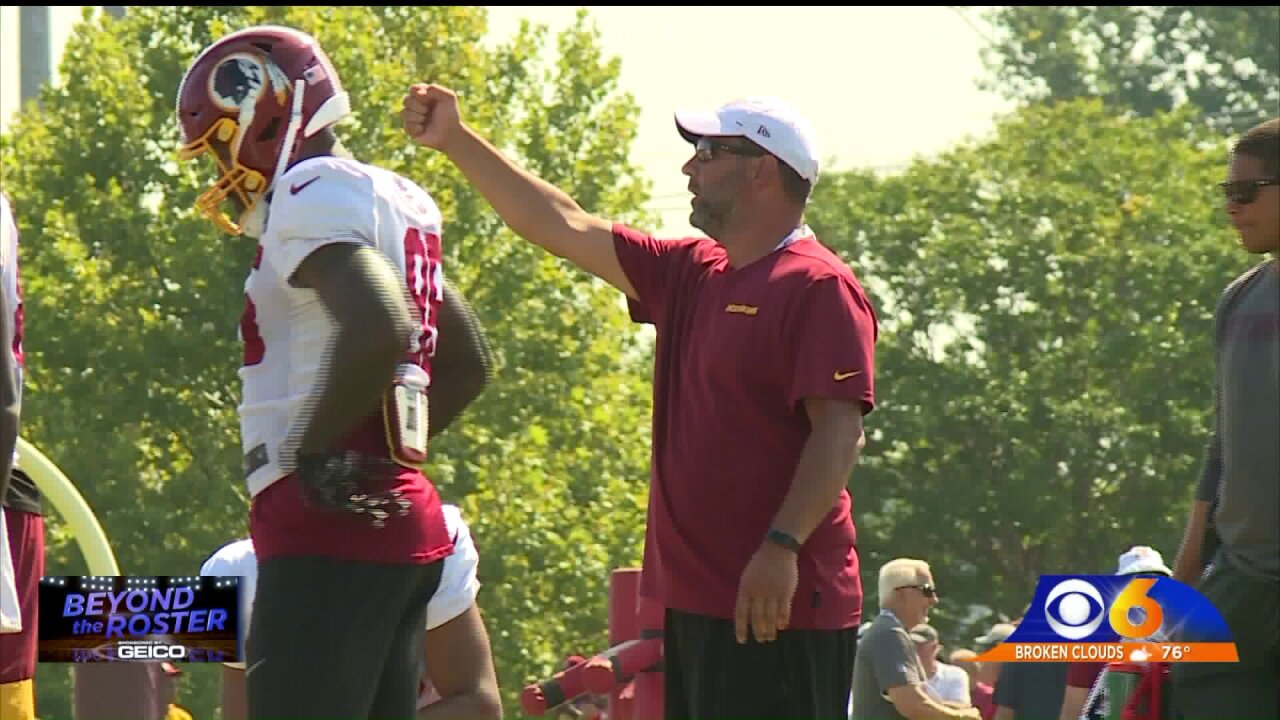 RICHMOND, Va. - The Washington Redskins have plenty of players from college programs like Alabama, Ohio State, and Virginia Tech.

They also have players from schools like Austin Peay, Kutztown, and James Madison.

There is a saying around the NFL that if you can play, the league will find you.

The same goes for coaches.

When the Redskins players need to address their coaches, most have it pretty easy. Names like Gruden, Callahan, Manusky, and Jordan are simple. Three syllables or less.

The tight ends are a little jealous.

"I still don`t know how to pronounce it," said tight end Jeremy Sprinkle before taking a stab at the last name of his position coach.

"For a lot of people, yeah, for sure," added teammate and 14 year veteran Vernon Davis. "He has an interesting last name.'

"I think Ang is what usually comes out," said tight ends coach Brian Angelichio with a laugh.  "I don`t know if any of them know how to pronounce my last name."

Angelichio (for the record, it's pronounced "Ang-eh-LEE-key-oh") is in his first year with the Redskins. His coaching resume has more stops than his last name has syllables which is no easy feat.

This season will be Angelichio's 8th in the NFL, impressive for someone whose playing career ended at Division 3 St. Lawrence University, where he was also captain of the baseball team, and whose coaching career began at the same level at a school most Redskins fans would be hard pressed to find on a map.

"I've loved football and the relationships with people, the competition, the energy," Angelichio explained.  "There`s nothing like game day and being around the game you love."

That love has brought him to the Redskins, an organization Angelichio has admired for years while coaching against them. It wasn't anything he could have hoped for growing up in Ilion, New York with a population of just over 8,000. He now finds himself coaching players like Vernon Davis and Jordan Reed, searching for ways to make their already very good careers even better.

"He`s an awesome coach," Davis said.  "He`s really good. He`s always about the details and as we all know, the little details are the ones that matter the most. So if you get those and work on them every single day, you`re on your way to being a great player.'

"He has a good idea of the running game, how to block tight ends, but also in the passing game obviously," added Redskins head coach Jay Gruden. "Just a well versed tight end coach. He's been around a couple different schemes, knows technique. He's worked very well with Coach [Bill] Callahan, (Assistant Head Coach and Offensive Line Coach), to try to get it exactly the way Coach Callahan wants it in the run game."

"Teaching is coaching and coaching is teaching" Angelichio added. "You just try to give them stuff you think will help them. I`ve been fortunate to be around guys that are willing to work. They just want to get better. If they feel like that will help them, they will do anything you ask."

While he considers himself blessed to have the opportunities he's had in the NFL, there is still the question of why this is the right stop in his career. Gruden's job security is in question following back to back 7-9 seasons. But coaches don't view the game and the future the same way fans do.

"I`ve been places where you thought you were going to be somewhere for 5 years and then all of a sudden there was a changeover" Angelichio explained. "In college, we won the Big East (at Rutgers) and we were let go right after that season. In this profession, you can never try to predict the future. You just work hard at the job you`re at and do the best you can."

Angelichio credited his parents for their support throughout his athletic career, never missing games throughout high school and college. Their wardrobe has also reflected each of his NFL stops and now includes a lot of burgundy and gold.