Simone Biles just became the first gymnast to ever attempt and land a double-twisting, double somersault dismount off the balance beam, according to Team USA.

The five-time Olympic medalist and 14-time world champion completed the move on Friday at the 2019 US Gymnastics Championships in Kansas City, Missouri.

Earlier in the day, the 22-year-old became the first woman to attempt a triple-double — two flips and three twists in the air — in competition during the floor exercise. But the gymnast just missed the landing, falling forward.

Biles expressed frustrations after her miss, saying she was “pissed off,” according to Team USA.

But just a few hours later, she completed the double-double dismount, so it doesn’t seem as though the star is letting anything hold her back.

Biles is currently in first place at the two-day competition, almost two points ahead of the second-place contender.

The tournament will continue on Sunday, and Biles is expected to win her sixth US title, something that no woman has done since Clara Schroth Lomady in 1952. 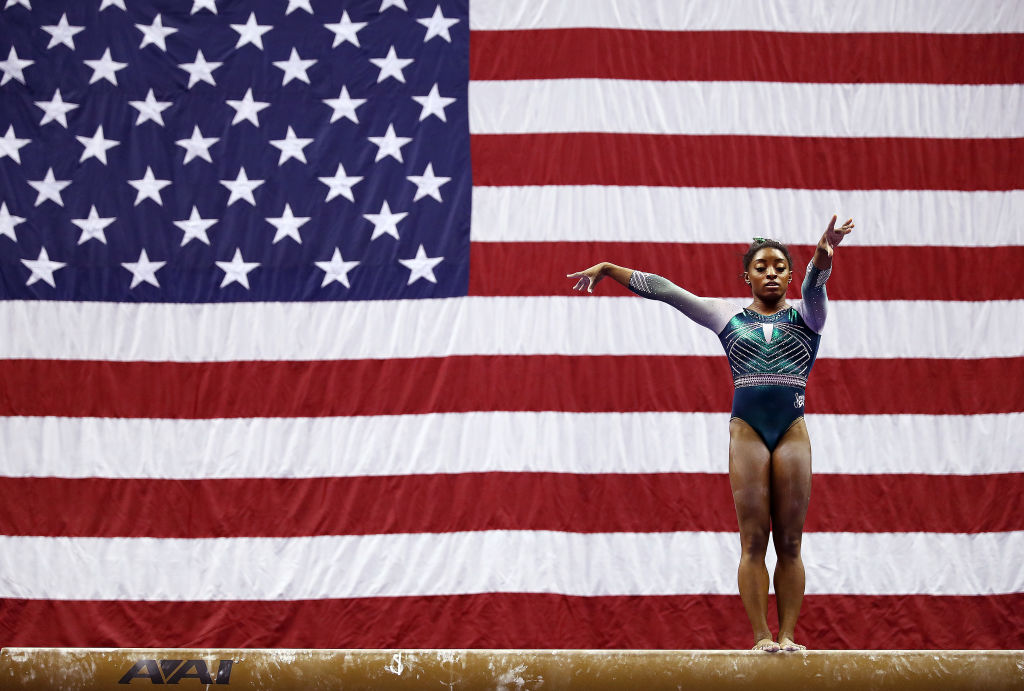 Go Beyond the Roster