Storms with heavy rain, hail and strong winds will be possible Wednesday afternoon and evening

An approaching cold front will trigger some showers and storms Wednesday afternoon through Wednesday evening. 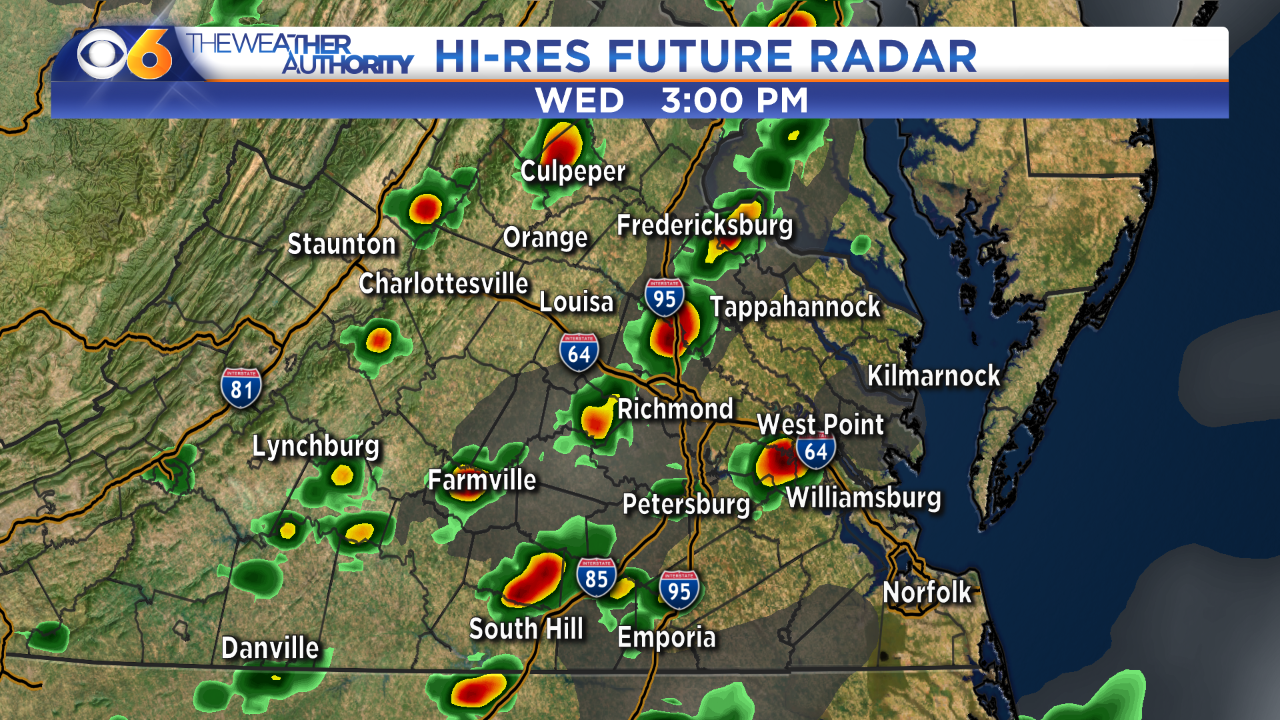 One batch of storms will move through central and eastern Virginia into early evening.  A second batch is expected, especially north of Interstate 64, during the evening until around midnight.

Not all areas will see storms, but the storms that develop could be severe with damaging winds and large hail.  Heavy rainfall will occur with any storm.  It will be muggy with highs in the upper 80s and lower 90s.

The severe threat will end by midnight.

An isolated shower or storm will be possible Thursday.  Scattered storms will occur on Friday, followed by more tranquil weather for the weekend.