Southside Johnny started collecting records in second grade. Now he has more than half a million

CHESTERFIELD COUNTY, Va. -- The joy of discovery is what drives John Wood to keep looking for his groove.

“It's organized chaos,” Wood said. “That is why I like it here because I never know what I’m going to find digging through the boxes.”

Like a miner sifting for gold, Wood’s prospects remain high of finding precious metal, rock and roll, and rhythm and blues.

His favorite hunting spot is far from flea markets and swap meets. John’s honey hole under his own roof in Chesterfield.

The one-time DJ known as Southside Johnny has amassed a collection of records that is rarely matched.

“I don’t think my collection is that large. I’ve seen some big collections," he added.

His hobby or rather obsession that stretches back more than a half-century. In fact, he started collecting in the second grade at Bensley Elementary. 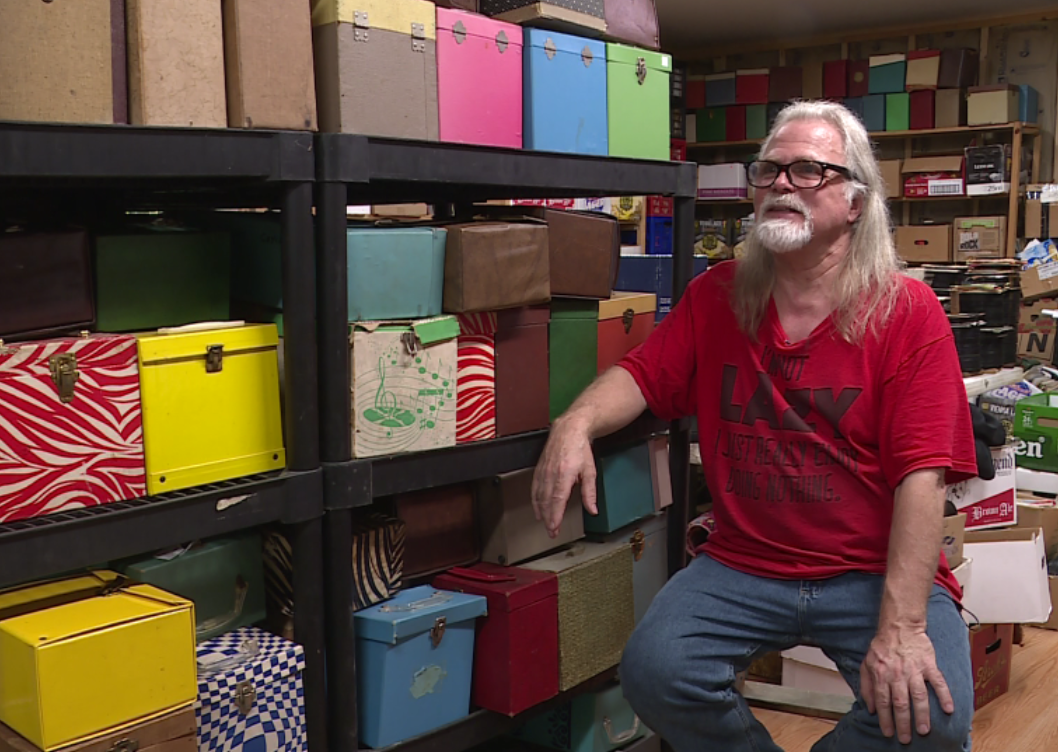 Stacks and stacks of records line his walls from floor to ceiling ranging from artists like Elvis Presley to Andy Griffith. Some of Wood’s rare discs are worth thousands.

While other collectors may hear dollar signs, the 59-year-old is not interested in just profit.

His all-time favorite artist is the late Larry Norman, a pioneer in Christian rock.

“If I have to salvage one record right here. This is it right here,” Wood explained.

Wood’s collection has grown so enormous he was forced to build a warehouse in his backyard.

“I can’t put them in the trash can, they’re records,” Wood said.

One of three extra buildings needed for his albums and 45s. But for the man whose life is defined by music, his desire has always been to hear it.

“Oh, I’m deaf,” Wood said. “I’m partially deaf in one ear and completely deaf in the other.”

In fact, he was born with dead nerves in his ears causing major hearing loss.

The disability caused ridicule in class, so he turned to music to heal his soul.

“I was pretty much a loner all through high school,” Wood said. “Records just became my friends.”

Musicians and their magic in mono.

“I often wondered what it would be like to hear it from both sides, but for me, I only hear from one side,” he said.

Wood said despite not being able to fully hear, he does not miss what he’s never heard.

With no children to leave his records to, the man who has spent a lifetime assembling a mountain of music is scaling back.

“I can’t put them in the trash can, they’re records,” said Wood.

“People grow up and stuff and they lose interest in stuff. I’m old, but I don’t want to grow up I guess,” said Wood.

For Wood,  the song will always remain the same until his very last note.

“I don’t think I’ll ever get through these all but I’m trying,” Wood said. “That is what makes it fun.”