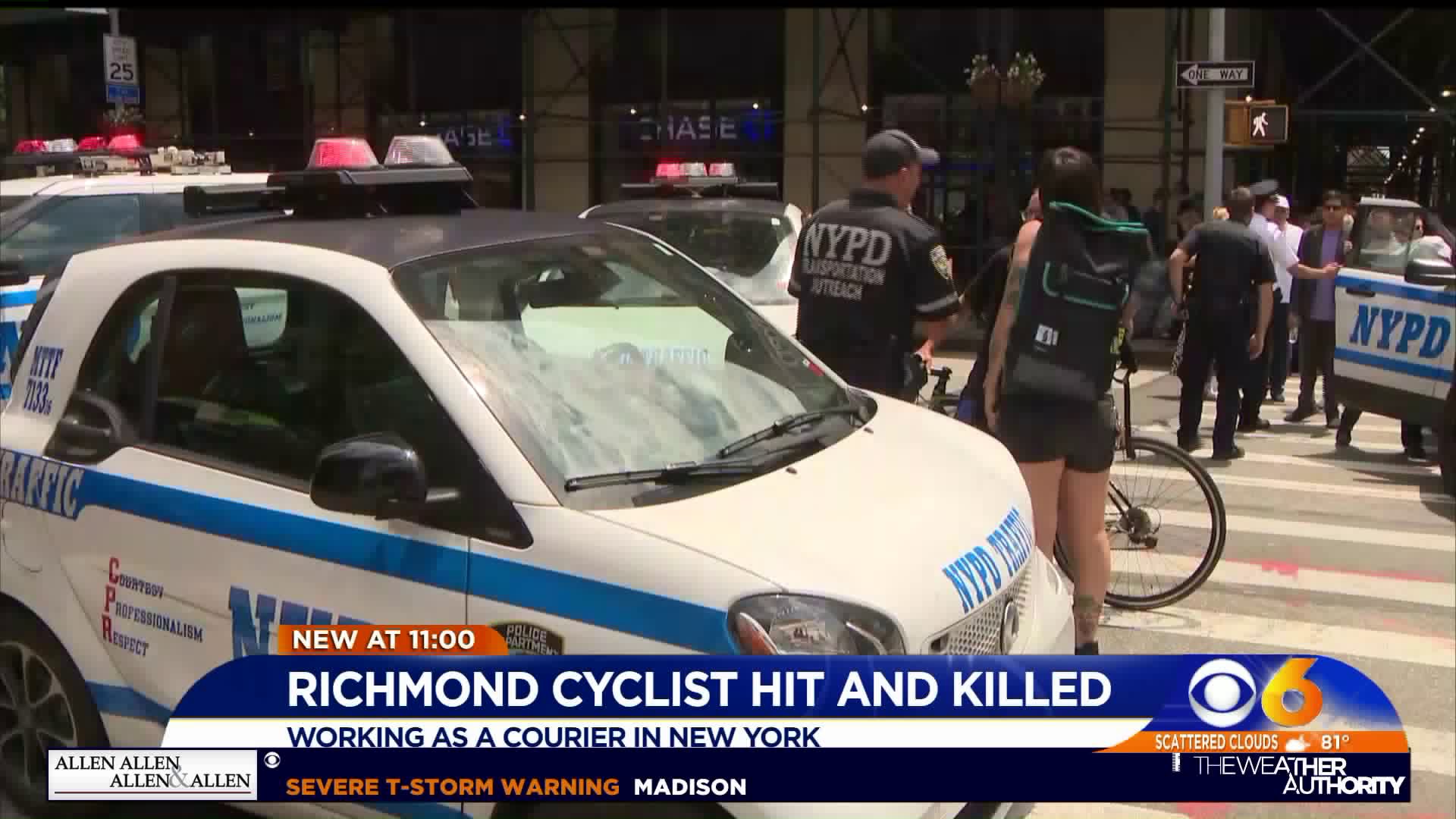 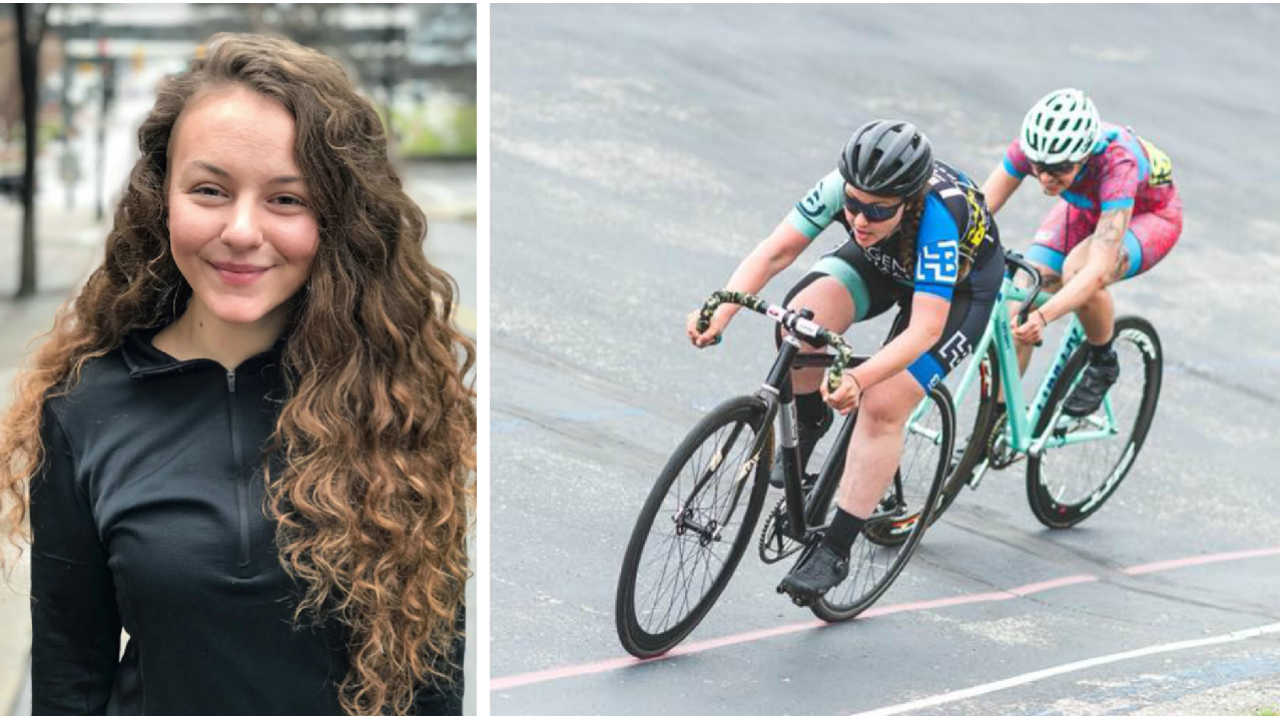 MANHATTAN -- A Richmond cyclist was killed Monday morning after being struck and killed by a delivery truck during their morning route in Manhattan.

Robyn Hightman was working as a bike messenger when struck on Sixth Avenue near 24th Street just after 10 a.m. Hightman was given CPR at the scene and rushed to Bellevue Hospital where the 20-year-old was pronounced dead.

Eyewitnesses tried to save Hightman’s life.

"I watched them give her CPR - a lot of blood everywhere," said one witness.

"She just started her racing career; she had a lot ahead of her and for it to come down to this," said a cyclist friend who showed up to the scene.

In January, Hightman was named an ambassador for the Hagens Berman Supermint Pro Cycling Team, an organization that advocates for women cyclers.

The cycling team remembered Hightman as a “strong, beautiful, gutsy rider” in a Facebook post on Monday afternoon.

"Robyn became one of our 10 ambassadors and shared their learning experiences from racing with our whole team. They overcame so much adversity in life while channeling their energy into riding, worked hard as a bike messenger, and pushed to foster inclusivity in cycling, encouraging those who identify as women, trans, non-binary, and/or gender variant to find a welcome place in our sport," the post read in part.

The team said Robyn’s application to their program was the “most passionate, in-depth one” they’ve received out of hundreds of applications.

The Hagens Berman team says they hope others will join them in remembering Highman's life and spirit.

“Today we received devastating insight into a terrible reality of cycling,” the post said. “The roads are not a safe place for us and we all must work harder to change that.”

The driver of the truck, witnesses say, appeared to take off. Returning a short time later after he was flagged down by another driver. He apparently did not realize he had struck the cyclist, according to PIX11.

There have been no charges in the crash after police determined the cyclist was not in the bike lane and was traveling between vehicles when they were struck.

Hightman is the 12th cyclist to be killed in New York City so far in 2019.