📹 Watch the Democratic AG Debate at 7 p.m. on CBS 6
Heroes Among Us

HANOVER COUNTY, Va. -- For 22 years, Deanna Weiler has been fighting the ravages of multiple sclerosis.

The Hanover woman,  who always enjoyed an active lifestyle while dealing with serious physical limitations, is discovering happiness on two wheels.

“You smell the fresh air. You see the sights. Everything is green. When you ride your bike, you’re part of it all,” Weiler said. “It gives me energy. It gives me something to look forward to. It's fantastic.”

Over hill and dale, nothing slows Weiler down. However, the 56-year old’s road hasn’t been free of personal potholes.

In her teens and 20s, the once-competitive diver noticed her body was failing. Then the married mother of two learned her fate in 1997.

“What does the future hold? I can’t even describe how difficult it was,” Weiler said about her multiple sclerosis diagnosis. “It was just emotionally devastating.” 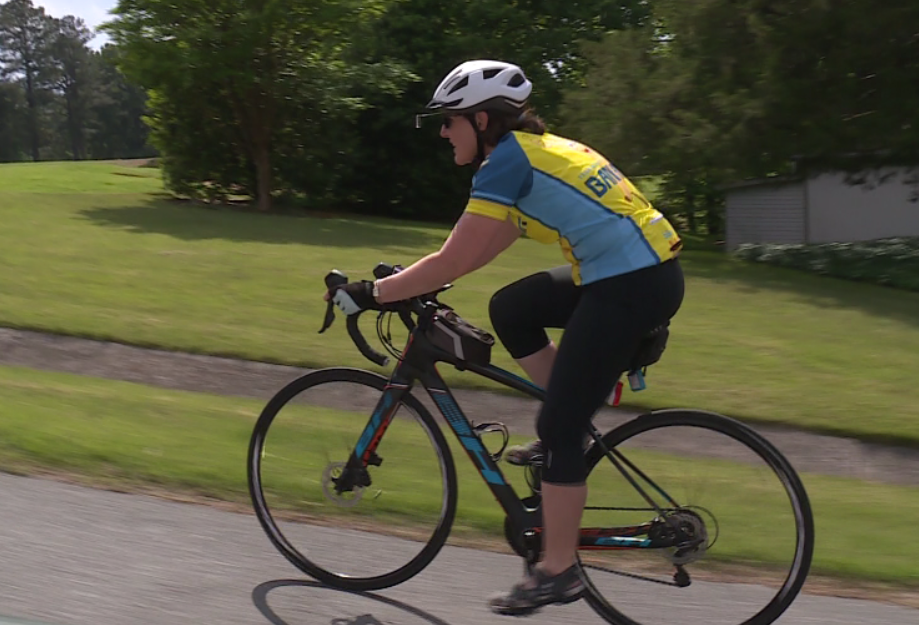 Multiple sclerosis, a disabling disease which disrupts messages between the brain and body, was taking control of her once vibrant life.

However, Weiler said that despite the hardships, she considers her MS a blessing.

“In my situation, it's probably been the best thing that has ever happened to me because it has made me a better person -- and more compassionate,” Weiler said.

Using medication and her iron will, Weiler is fighting back by moving in one direction: forward.

“It's been a lifesaver. A godsend. It's wonderful. I love it,” Weiler said.

“That is the best part about it. It's so much fun. The exercise is just a bonus,” Weiler said. “Oh, I love it. It's my favorite part of the day.”

Seven years ago, she climbed on a bicycle. Since then she has pedaled close to 20,000 miles. Next month she will add to that total by tackling her third 75-mile Bike MS.

“It’s a sense of accomplishment,” Weiler said. “I’m lucky. I’ll be the first to admit that I’m lucky. There are people with MS that can’t do what I do.”

The fundraiser stretching from Richmond to Williamsburg puts distance between this cyclist and a disease she has lived with for 22 years.

“I can’t explain how vital it is to my life right now,” Weiler said.

Weiler is finding healing through the power of the pedal.

“Its like being a kid again because you can ride a bike. It takes you back to your childhood,” Weiler said.