How trip prompted ‘faith journey’ for Richmond barber: ‘I know I can help someone’

RICHMOND, Va. -- A longtime Richmond barber's passion project is building homes and collecting computers for folks in one of the poorest counties in the world.

Ken Barney, who works at Genesis Barber Shop on East Grace Street in Richmond, loves giving customers service that is a cut above.

“I love serving people. I love making people feel good about themselves,” Barney said. “You got to really love people and really love life.”

Barney takes pride in his job, a passion and profession that he has been perfecting for 42 years.

“Barbering is something in your blood. It's something that follows you,” Barney said.

In addition to snipping, shaving and trim, Barney has a knack for touching hearts, took.

Fourteen-hundreds miles away from Richmond, abject poverty runs rampant and basic necessities are hard to come by in the mountain town.

“You could already sense there was a different way people lived,” Barney said. “It’s a pretty serious situation.” 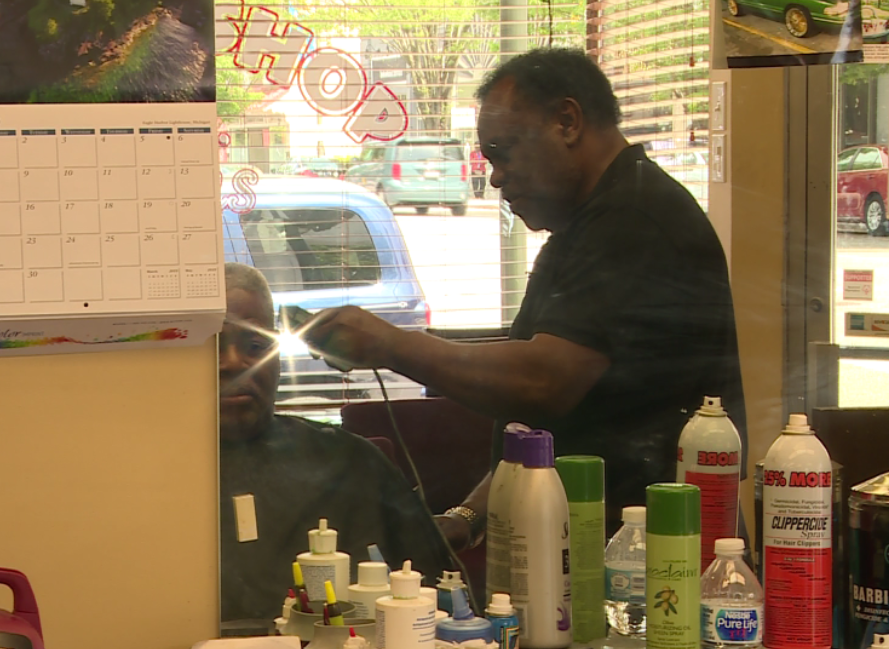 Barney called the conditions "eye-opening” and said it was really something to "see" and "experience."

In fact, that trip made a deep impression on Barney

“I guess I cried all the way from Port-au-Prince all the way back to Florida,” Barney recalled.

Barney knew he had to act when he returned to Richmond, so last fall the 66-year-old established the Grace and Mercy Foundation.

Barney's non-profit replaces crude, leaky homes with sturdy ones, which cost about $4,000 to build.

“We try to build a house for the one that is most needed,” Barney said.

Barney's group has built four homes so far and construction on a fifth is underway.

“It really makes you feel good that you can touch someone’s life and make a difference,” Barney said.

Additionally, Barney is collecting computers in Richmond since education is so rare in the small town in Haiti.

“It’s a faith journey and I’ll work with what I have, doing what I can,” Barney said. “I know I can’t help everyone, but I know I can help someone.”

Even when he’s cutting hair along Grace Street, Barney is thinking about his adopted town. It's a connection he hopes will last a life-time.

You can call the project sheer happiness for the Richmond barber.

Folks can drop off any unwanted laptops at Genesis Barber Shop at 200 East Grace Street in Richmond or click here if you would like to make a donation.