Guy is the man! UVA beats Auburn to advance to national title game

MINNEAPOLIS -- Kyle Guy hit three free throws with .6 seconds remaining to lift Virginia to a 63-62 win over Auburn, sending the 'Hoos to their first ever national title game.

Virginia was down 62-60 with 1.5 seconds to play, when Guy was fouled by former VCU guard Samir Doughty on a three-point attempt. Guy, the Cavaliers best free throw shooter at over 81%, made the first two, then made the third after an Auburn timeout for the win.

"I hope that was a good call. I believe it was," UVA Head Coach Tony Bennett said after the game.

"That was a great draw by Coach (Bennett)," Guy said after the game amid a chorus of boos from Auburn fans. "I can lie and say I was confident I was going to hit them, but I was terrified."

"I can't explain how I feel right now," Guy added. "I had a good nervous feeling in my stomach."

"Amazing? Spectacular? I didn't graduate from UVA so my vocabulary is a little limited," Bennett joked. 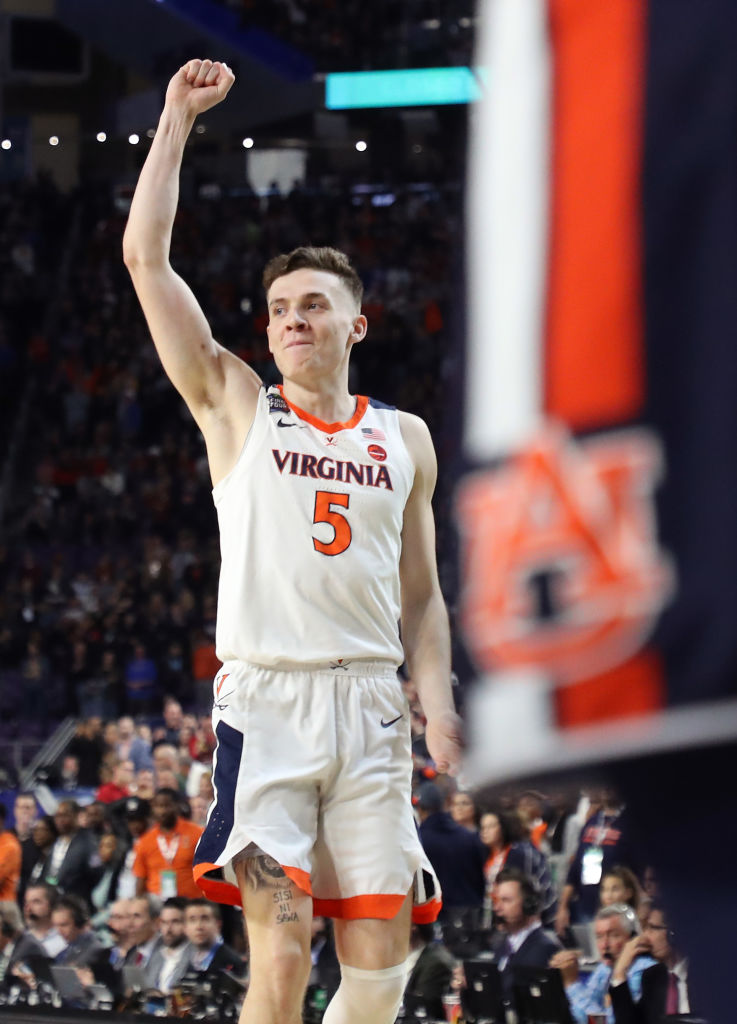 Guy finished with 15 points and hit the only three free throws he attempted.

Ty Jerome led all scorers with 21 points and 9 rebounds, but there was further controversy after the final horn. CBS rules analyst Gene Steratore  pointed out that Jerome committed a double dribble just before the final play of the game that was not called.

Steratore, an NCAA official himself, admitted he did not see the violation in real time, but only when it was replayed.

"I knew there was a disruption there," said Auburn head coach Bruce Pearl. "You just have to get on to the next play."

"Let's not remember this game for the way it ended," Pearl continued. "It was a great college basketball game."

The Cavaliers used a pair of second half runs to build a 10-point lead with about 5 minutes to play. But the Tigers used their own 14-0 run to take a lead into the final seconds. Auburn is now 0-10 this year when trailing with 5 minutes to go.

"We knew we were playing against a great team with a great defensive scheme," said Pearl. "It made it very difficult for us."

Bryce Brown led Auburn with 12 points, all on four 3-pointers, including a pair late in the second half to give Auburn their lead. The Tigers shot just 9 for 31 from behind the arc for the game.

The Cavaliers trailed at the half (31-28) for the third time in five NCAA games. Jerome led all scorers with 13 points in the first half and the Hoos limited the Tigers to just 3 of 14 shooting from behind the arc in the first 20 minutes.

"I don't really have the words for how I feel," Guy said. "I'm just really happy right now."