Virginia is Final Four bound after OT win over Purdue

LOUISVILLE, Ky. -- Overcoming a standout performance from Purdue guard Carsen Edwards and their own haunted memories of last year's tournament, the Virginia Cavaliers are headed to the Final Four after Saturday's 80-75 win over the Boilermakers.

"We said it before.  The joy of competition, the fun and the pursuit of trying to win a championship," said UVA Head Coach Tony Bennett.  "There was a burning desire to get these guys and our program to a Final Four and hopefully beyond."

The streak is broken! @UVAMensHoops #UVA is headed to their first #FinalFour since 1984 after they defeated @BoilerBall 80-75 in OT@CBS6 #MarchMadness pic.twitter.com/M1WkirKBCa

Go crazy #UVA fans. @UVAMensHoops is headed to their 1st #FinalFour since 1984 after they defeated @BoilerBall 80-75 in overtime. Enjoy these highlights of the #Hoos cutting the nets!@CBS6 #MarchMadness pic.twitter.com/4voHxamDLO

That makes it official....#UVA is going to the #FinalFour pic.twitter.com/zp3094Ho94

Virginia fell behind by as many as 10 points in the first half against Purdue, but shot their way back to a one point deficit at halftime. That's when the fireworks started.

Edwards, who was named the South Regional's Most Outstanding Player in a losing effort, hit 10 three pointers (an NCAA tournament record), several from well behind the arc, on his way to a 42 point night. That's the most points UVA had allowed in an NCAA game since Al Wood scored 39 for the Tar Heels against Virginia back in 1981.

"He's a talented player," said UVA guard Braxton Key.  "You just have to make him hit some tough ones and he was making them tonight."

"If I all needed to do was sprain my ankle to make a couple of shots, I would have done it a lot sooner," Kyle Guy mentioned after a laugh.  "When I came out after halftime, I wanted to reassert my aggressiveness and shoot with the most confidence possible."

The Boilermakers erased that deficit behind Edwards hot shooting to take a 3 point lead with 17 seconds to play.

But UVA got one free throw from Ty Jerome (24 points) and then an offensive rebound that eventually made it's way into the hands of Kihei Clark who found Mamade Diakite near the lane. Diakite hit a jumper at the buzzer that sent the game to overtime.

"I'm very happy," UVA forward Mamade Diakite explained. "I will celebrate all of this after the tournament.  Right now, as we go forward, I want to make sure we can win."

"It's got to be one of the biggest," UVA Associate Head Coach and former John Marshall standout Jason Williford stated. "This was a big, big shot.  Obviously we wouldn't be where we are now without that shot."

The win propels UVA to the Final Four for the first time since 1984 and comes on the 10 year anniversary of Bennett being named head coach at Virginia. In the 10 years prior to his Charlottesville arrival, the Cavaliers had only 1 NCAA tournament win. Bennett now has 11 NCAA wins in his decade with the Hoos.

"I'm so happy for Tony, for his coaches, for the staff, for the players," UVA Athletic Director Carla Williams expressed. "Especially after the challenges of last year.  To be able to come back now and be able to play in the Final Four, it's one of the great moments for me in sports."

UVA's 33rd win of the season extends their school record in that category. Bennett and his father Dick are now the second father/son combination in NCAA history after John Thompson and John Thompson III to lead teams to the Final Four.

Guy, Jerome, and Diakite were named to the All-South Regional team. The Cavaliers are now 16-6 all time in the NCAA tournament as a number one seed. 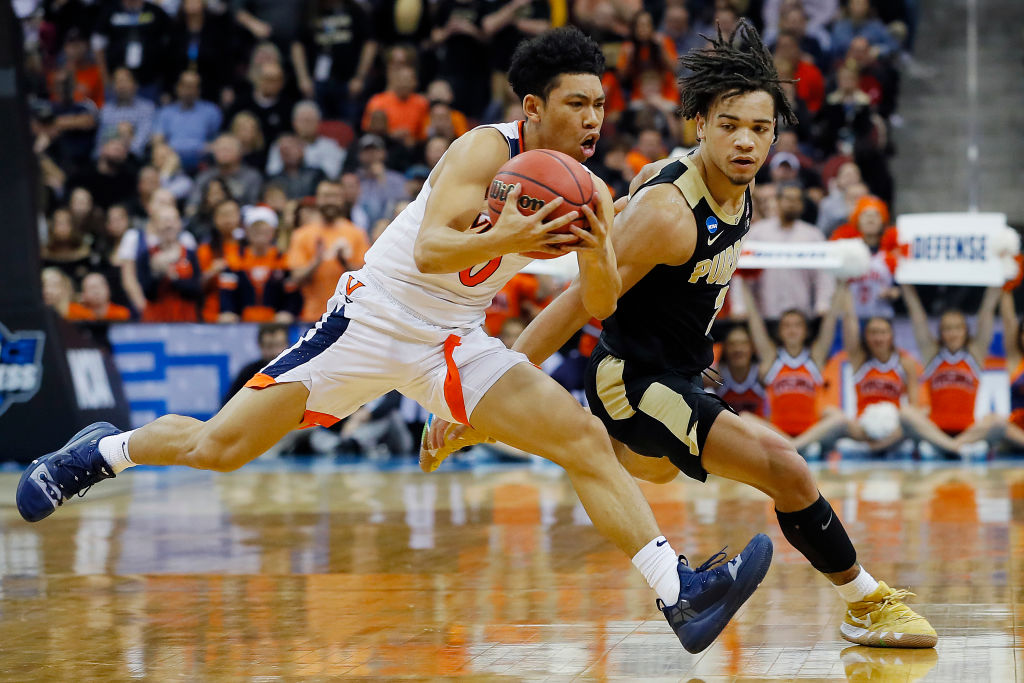