With 10 laps to go, Hamlin battled his Joe Gibbs Racing teammate Kyle Busch for the lead.

Busch took an outside move to retake the lead but Paul Menard was behind and he clipped Matt Dibenedetto, which triggered a huge multi-car wreck.

Last year’s champ, Austin Dillon as well as Jimmie Johnson, Martin Truex Jr. were among the 19 cars caught up in the crash.

The race was red-flagged for several minute because of cleanup.

With six laps to go after the restart Ricky Stenhouse Jr. and Kyle Larson got together, which caused another multi-car wreck.

With two laps to go, Clint Bowyer tried to make a move to the bottom, but as he came up, he got turned by Michael McDowell, which set off another major wreck and red-flagged for a second time.

In the final lap, Hamlin did not relinquish the lead and held off Busch and Joey Logano to win his second Daytona 500 in four years. 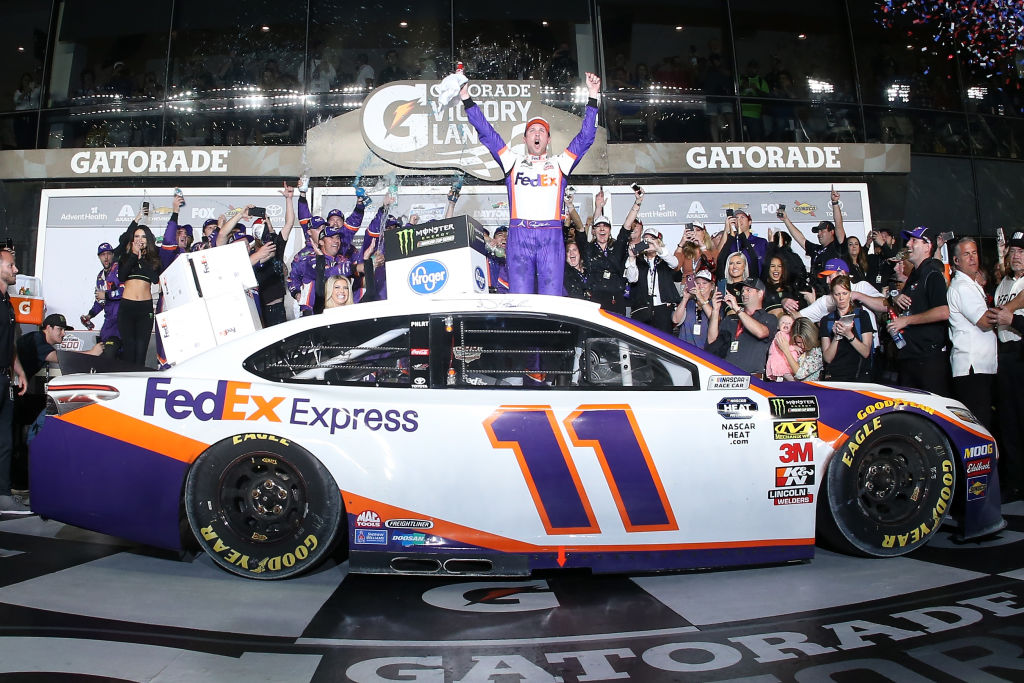