ATLANTA --  While journalist Greg McQuade was on assignment covering the Super Bowl in Atlanta, he also got to see firsthand how Dr. Martin Luther King Jr's legacy continues to change lives.

King's birthplace in the city's Old Fourth Ward at the intersection of Auburn and Boulevard is forever linked to the Nobel Peace Prize winner.

National Park Ranger Rebecca Karcher said an estimated 1 million people a year tour the home where King was born in 1929.

“So by coming here, we are following Dr. King’s legacy of moving forward. We get people from all over the world every day of the year,” Karcher said. “That is the beauty of historic sites, you feel like you’re walking back in time.”

The historic site attracted Super Bowl fans from Boston to Los Angeles last Friday. One block away from King’s boyhood home is a solemn landmark of reflection and the final resting place of the iconic figure.

Next door at Ebenezer Baptist Church, visitors like Paulette Davenport sit in the sanctuary where Dr. King preached during the 1960s. It was also here where Dr. King was eulogized during his funeral in April of 1968.

“I’ve been in Atlanta since 1996 and I’ve never come to this church,” Davenport said. “This was unbelievable this was going on.”

Stephon Ferguson not only details the church’s past, he channels his inner Dr. King.  Ferguson delivers a stirring rendition of the civil rights leader’s most famous speech in a gift he calls his calling. 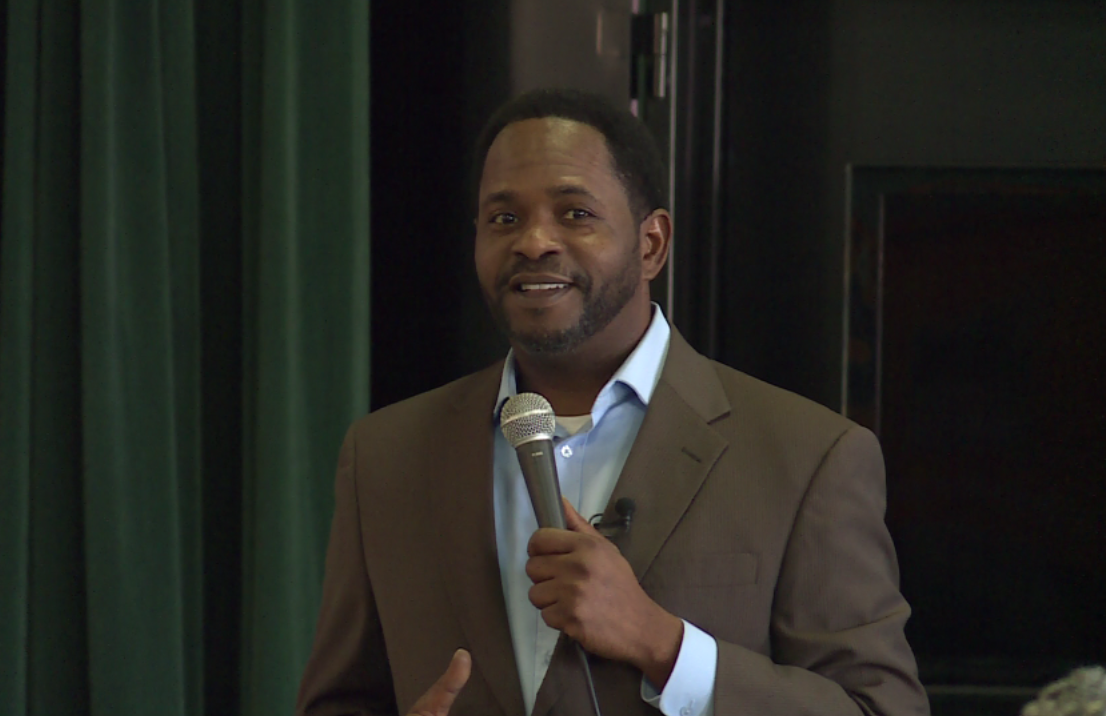 His performances move those in attendance like Davenport to tears. The college student majoring in religious studies said Ferguson’s portrayal and King’s spirit changed her life on the spot: a first step toward Divinity School.

“I had the biggest education today,” Davenport said. “I felt I was right there, and I couldn’t help but feel the rush of emotion.”

A new direction and a new friendship thanks to ancient words that inspire.

“He never lived to see 40 but he did more in those years than most people do in a lifetime,” Ferguson said.

“I wish I could do that and touch people like he did -- and make a difference,” Davenport said.