Firefighter rescues man stuck under Powhatan home: ‘I was happy to do it’

POWHATAN COUNTY, Va. -- A Powhatan firefighter was being credited with saving a man who got stuck under a home.

Firefighter/EMT Christine Keenan arrived to the 1000 block of Evans Road to find a work wedged under the house, according to Powhatan County Fire and Rescue.

“I am of a smaller stature, smaller size, so I was nominated to go in, and I was happy to do it,” said Keenan.

Keenan says the man was trapped by the support beams under the home.

Firefighters at first tried to get him out through the floorboards, without success. 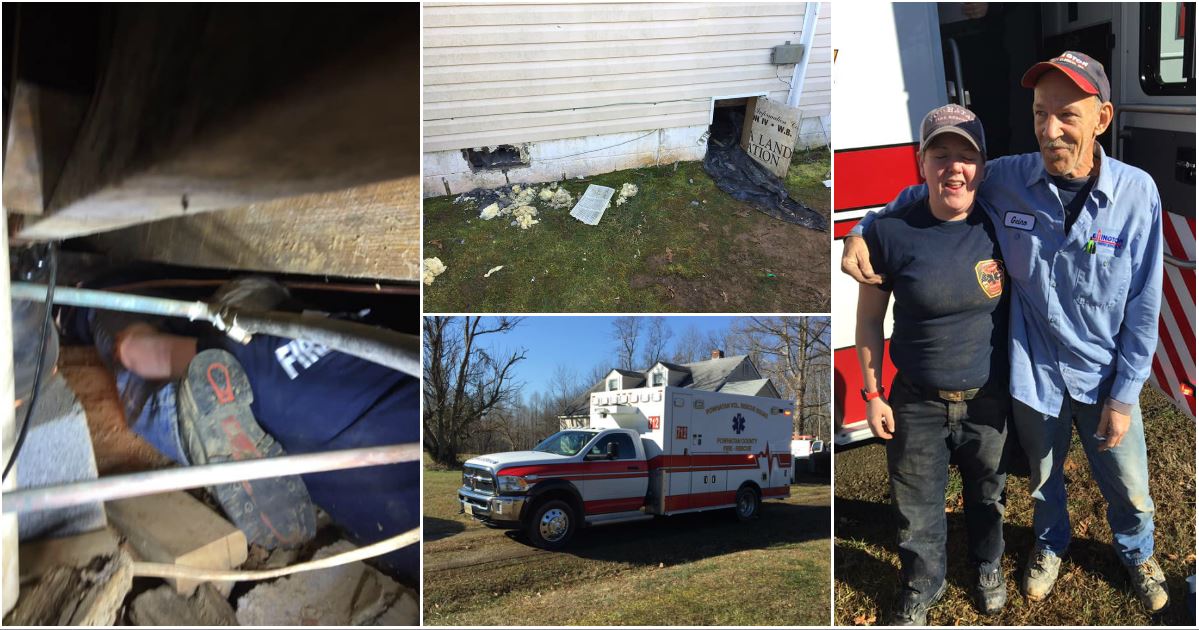 This meant Keenan had to go in the same way as the contractor, a small hole on the side of the house. Something she admits would never be her first choice.

“I’ll do them if I have to but if I don’t, I`m not looking for somewhere to crawl into and just sit for a while.

Keenan says she found the contractor almost pressed up against the foundation of the home.

“I was able to get in next to him into the tight space and he came around and started talking to us,” said Keenan.

The man stuck under the home was sore, but otherwise uninjured.

The technical rescue took about 25 minutes to complete.

“I had to think about it after and I thought, well, that was scary, but I’m here, he’s here and everyone went home so that’s the important part,” Keenan added.