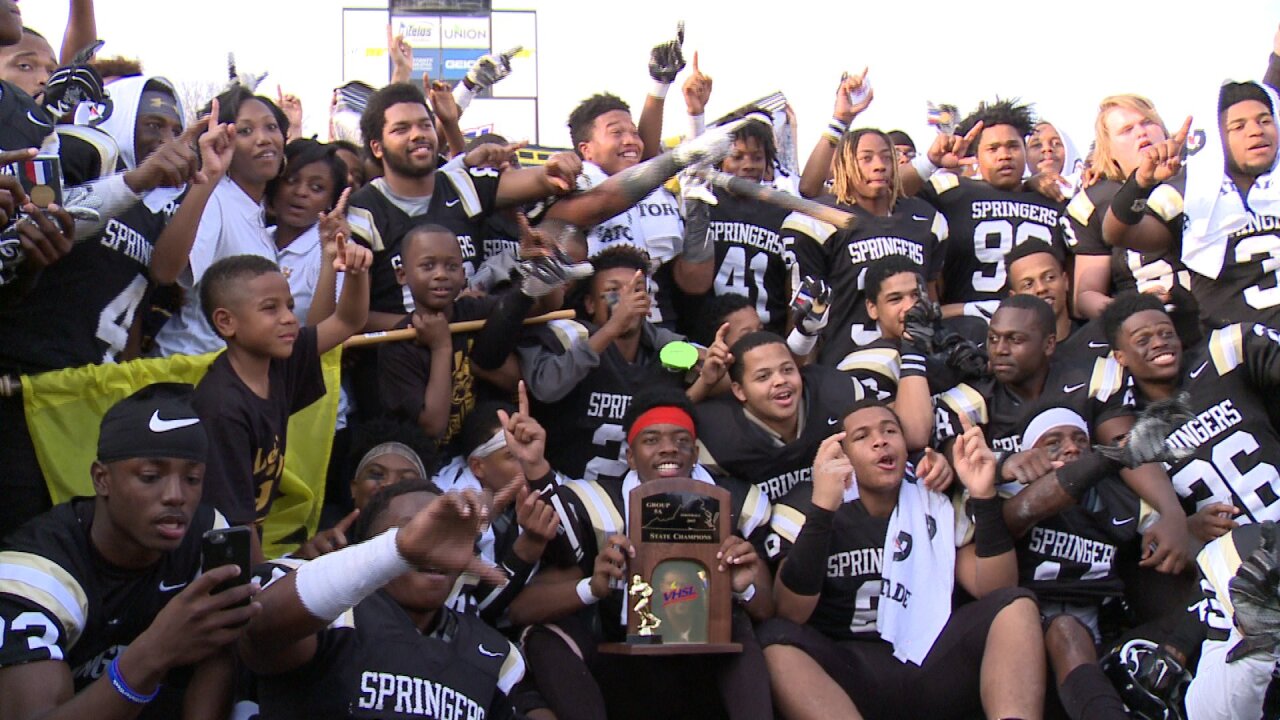 CHARLOTTESVILLE, Va. — The Virginia High School League 2018 Class 5 all-state football teams have been selected. North Stafford senior running back Devyn Ford was selected Class 5 Offensive Player of the Year and Highland Springs senior linebacker Christian White was selected Defensive Player of the Year.  Highland Springs head coach Loren Johnson was named Class 5 Coach of the Year after leading the Springers to a 15-0 record and a fourth consecutive state title with a 37-26 win over Stone Bridge in the finals.

8 players from this year’s Springers roster were honored, including Tremayne Talbert who was named first team all state at 3 different positions and Suirad Ware and Evan Robinson who were named first team on both the offensive and defensive line.

Each all-state selection committee is composed of eight football coaches (2 from each Region).

The Class 5 All-State first and second-team squads are attached:http://www.vhsl.org/football/