Woman wrongly declared dead for 2 years: ‘I am considered the walking dead’ 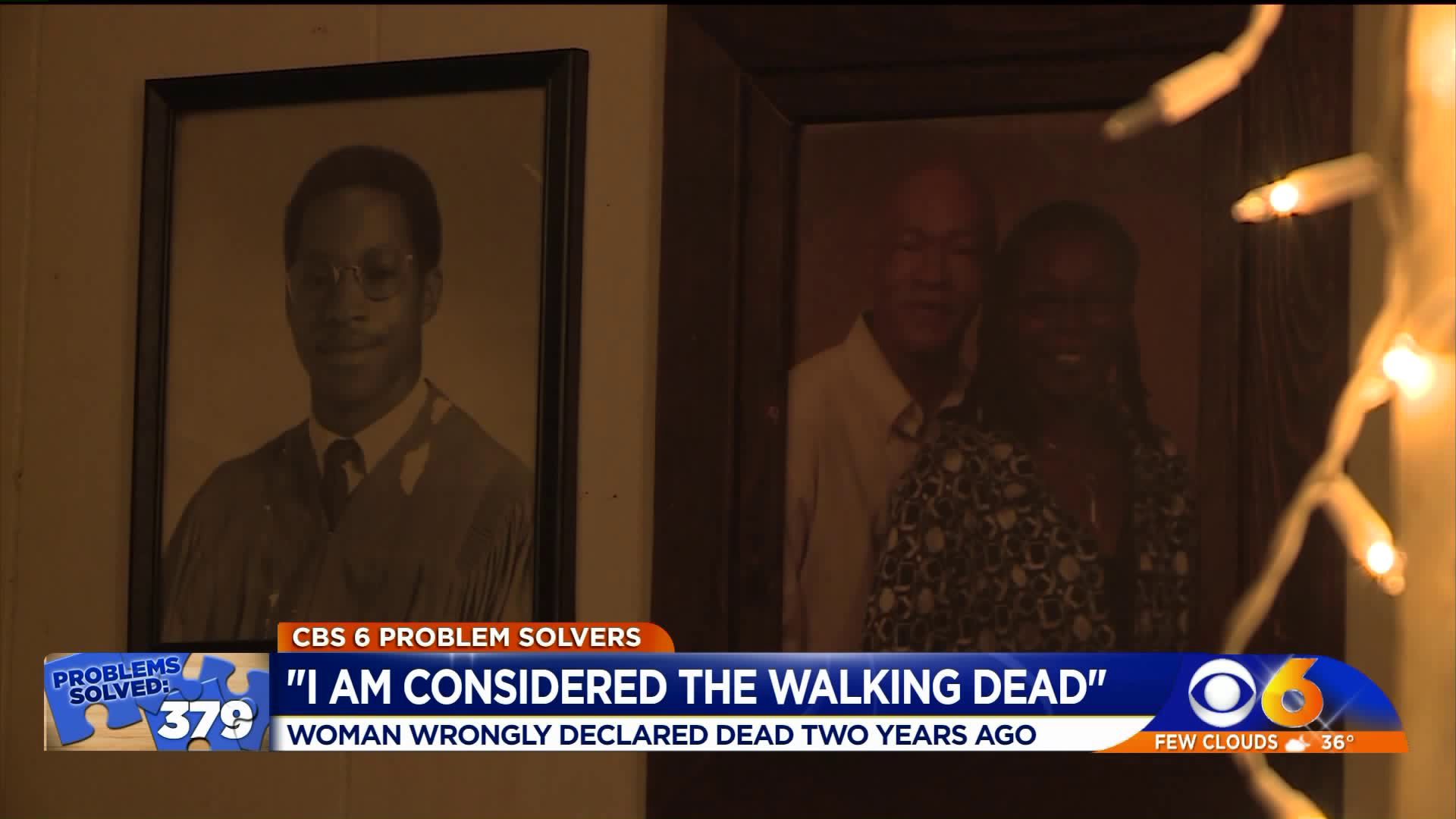 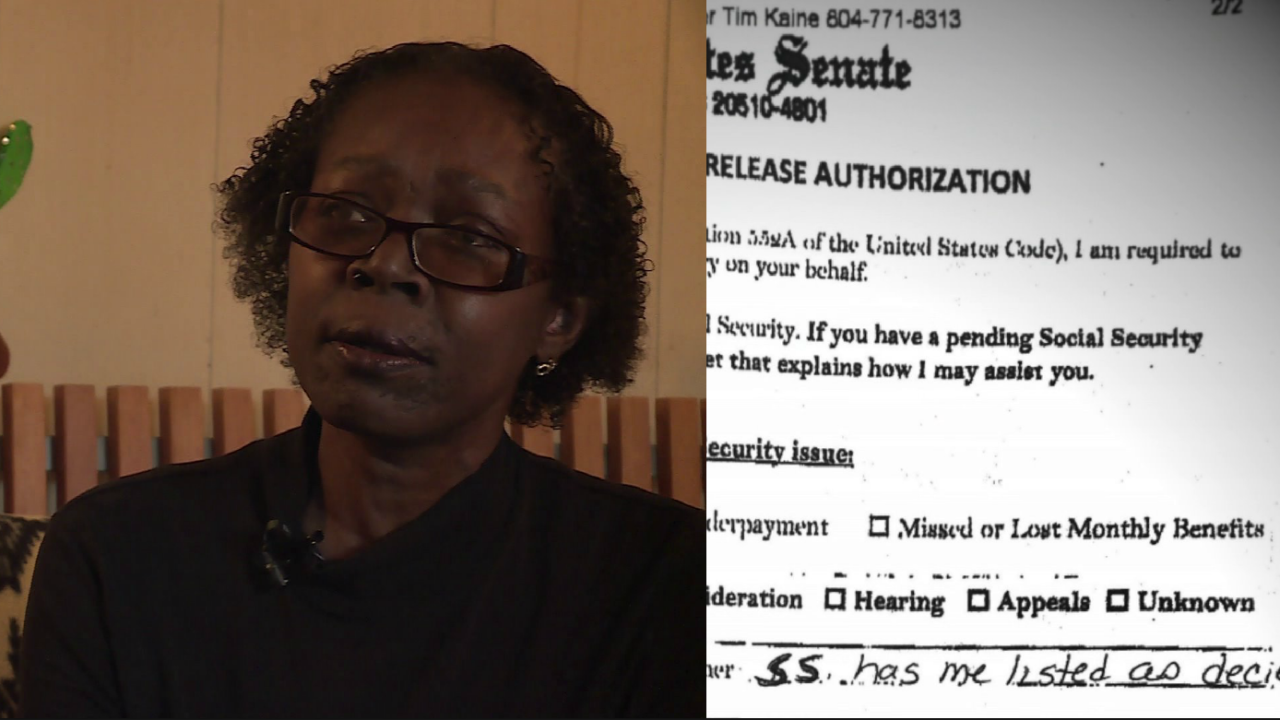 MECKLENBURG COUNTY, VA. -- A Mecklenburg County woman turned to the CBS 6 Problem Solvers to help bring her back from the dead.

“I am considered the walking dead,” said Alice McFail-Ghee.

Alice McFail-Ghee recently found out she been legally deceased for more than two years.

McFail-Ghee applied for fuel assistance through Social Services in November. They called her to inform her there was an issue.

“She said Ms.Ghee ‘we have somewhat of a problem,’” recalled McFail-Ghee. “She said, ‘Social Security has you listed as deceased.’”

“First I thought it was a joke,” she said. “I was like what do I do for them to bring me back to life?”

McFail-Ghee says she immediately went to the South Boston Social Security office to prove she was alive. That was the same office she says marked her deceased effective November 13, 2016, the day she lost her husband Vernell Ghee to cancer.

“We are both considered deceased on the same day in the same year,” she explained.
“My only theory is when I took the paper to Social Security they listed me as deceased as well as my husband,” said, McFail-Ghee.

“This is not the wild wild west you can not just kill people off.”

McFail-Ghee said she was told the issue would be taken care of in three days.

“If it took them one day to kill me off why is it taking this long for them to bring me back to life?,” she asked. “I just want my life back.”

CBS 6 sent the Social Security Administration multiple inquiries about the status of McFail-Ghee’s case and recieved the following statement from their spokesperson: “The local Social Security office was aware of Ms. Ghee’s erroneous death report and correct [sic] her record.”

McFail-Ghee wrote letters to Senators Tim Kaine and Mark Warner to look into her case and help expedite the process.

CBS 6 reached out to both offices Wednesday and a spokesperson for Senator Kaine’s office said, “I can confirm the offices of Senators Kaine and Warner have worked to assist Alice McFail-Ghee with her case. And here is our best link if people have similar issues or need help with another federal agency: https://www.kaine.senate.gov/services.”

After our inquiry, McFail-Ghee says she received a call from a representative from Senator Warner’s office informing her the issue has been resolved and she is now considered alive. She also received a new social security card in the mail. However, she says she wants proof.

“I’m not going to stop until I get paperwork stating that I am alive,” she said.

“Jesus rose on the third day, I just took a little bit longer.”

McFail-Ghee says since being legally dead she’s still had to pay her taxes and somehow has been able to vote.

“I guess dead people can vote, but they can’t get a social security number,” she said.

She has not been comfortable traveling.

“They could flag me that this woman is considered deceased,” she said.

She has also been unable to obtain a passport.

“What they did was damning,” she said. “It made me lose faith in somewhat in the America system, the federal government.”