How sailors on the U.S.S. George H. W. Bush prepare for the worst

ATLANTIC OCEAN -- The flight deck of an aircraft carrier is as busy as any big city airport. It is a dizzying display of coordination. Jets come and jets go all while sailors dance a dangerous ballet in a coordinated mission. But while the crew on the U.S.S. George H. W. Bush can expect a day of controlled chaos above, each man and woman must prepare for the unknown below.

Two or three times a month, sailors are put to the test.

"General Quarters means that the ship is under attack and we have to save the ship," Captain Chris Hill said.

On this night, sailors fight an imaginary fire following a missile strike in hangar two.

"Every scenario is different. It is always different. Never know what to expect," ABH1 Christopher Jacobs said. "So, we have to be vigilant about our surroundings at all times.”

This is just make believe, but you wouldn't know it listening to team leaders like Cody Hamm scream orders above the crowd and roar of the jets above. 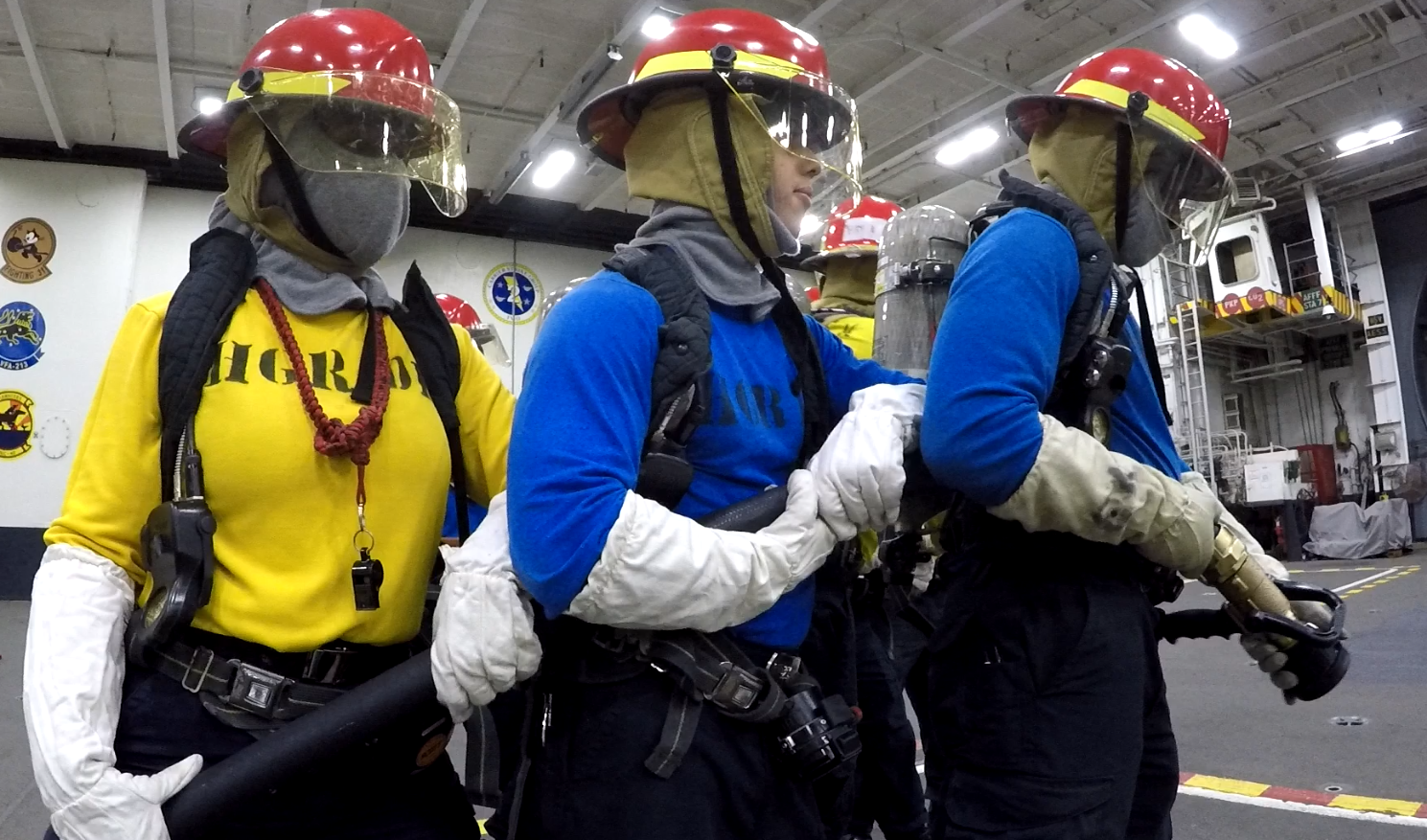 This exercise is repeated in 10 places across the massive carrier, exposing seasoned and wide-eyed sailors to the risks of life at sea.

"I’ll see people screaming in pain even though they’re not in pain. That is what I want to see. A little bit of realism," Captain Hill said.

"So, our goal is to make them warrior sailors and get used to this kind of training. So, they can be more like the senior sailors who run at the fire," Hill said.

"Train hard. Fight hard," Karl said. "If we can do it here, then they’ll be able to do it out there."

"This crew is being professional. Super proud of them," Captain Hill said. "We are the best ship in the Navy. This is kind of what we do.”