When the sun came up Friday morning, folks were able to see the damage Michael did to their neighborhoods.

"All of the sudden we saw a big spark and the electricity went out. And this is the darkest place on earth. You can’t see anything and after that we started to hear noises [and] we couldn’t do anything," Sebastian Quijada said.

Examples of the damage included broken power lines and trees lying across roads in Bon Air and trees on top of houses in Moseley.

"I’m assuming it’s because of all of the rain we’ve had in the last couple of weeks," said Troy Unger, who had a tree fall on his home. "The soil is very damp back here. We’ve had a little flooding in the area, so I think with a little bit of wind it just come down."

Roads destroyed by flood waters left abandoned cars that needed to be pulled from creeks that swelled to dangerous levels.

Nancy Hall said a a passerby rescued a woman and her dogs after their van became submerged in flood waters at Penniman and Hermitage in Henrico County.

Emergency management officials said winds in excessive of 50 mph as well as rainfall totals between 4 and 8 inches led to the damage.

Emergency crews in New Kent County believe a tornado may have touched down in the Lanexa area where officials said four homes sustained damage. 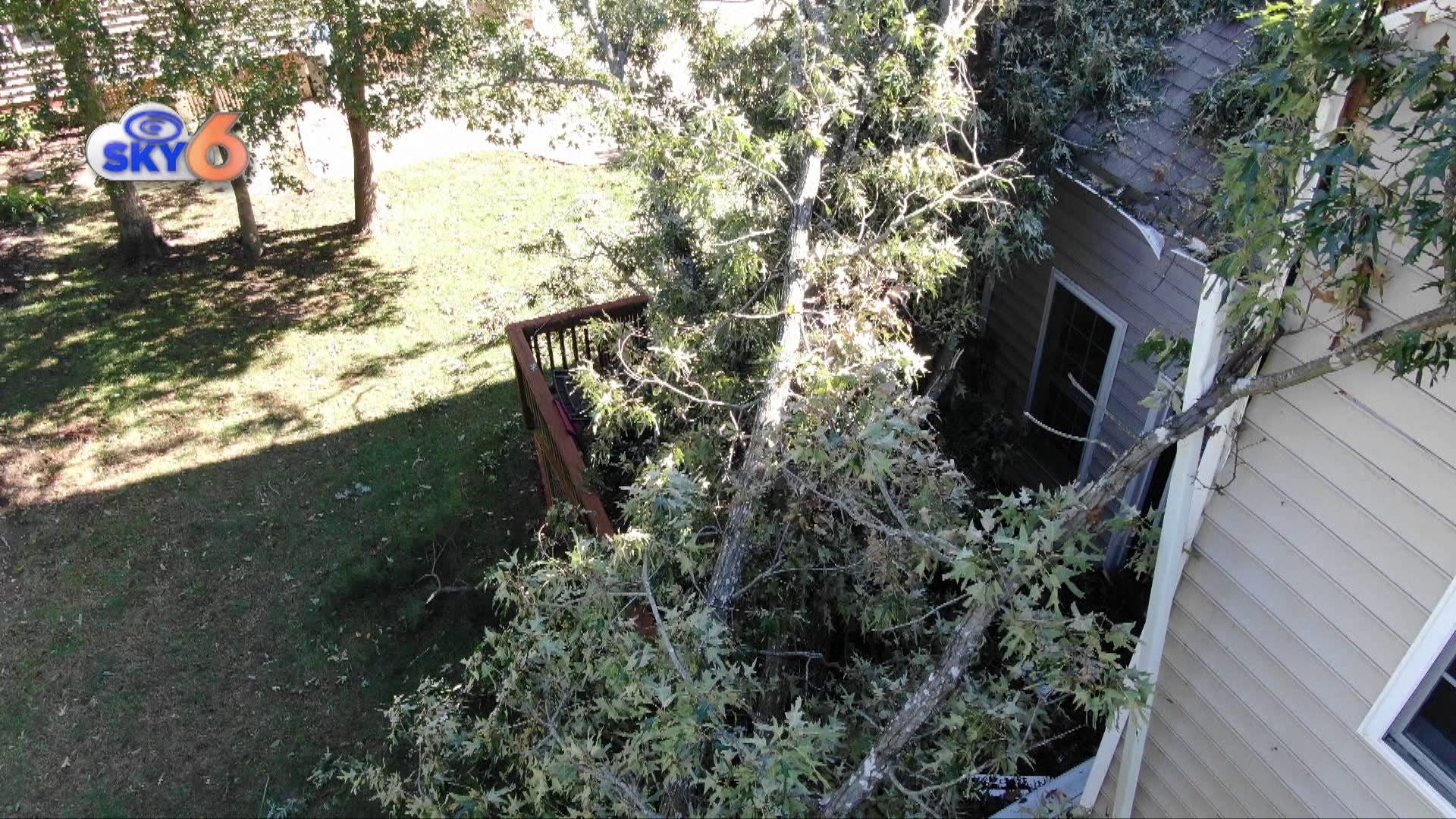