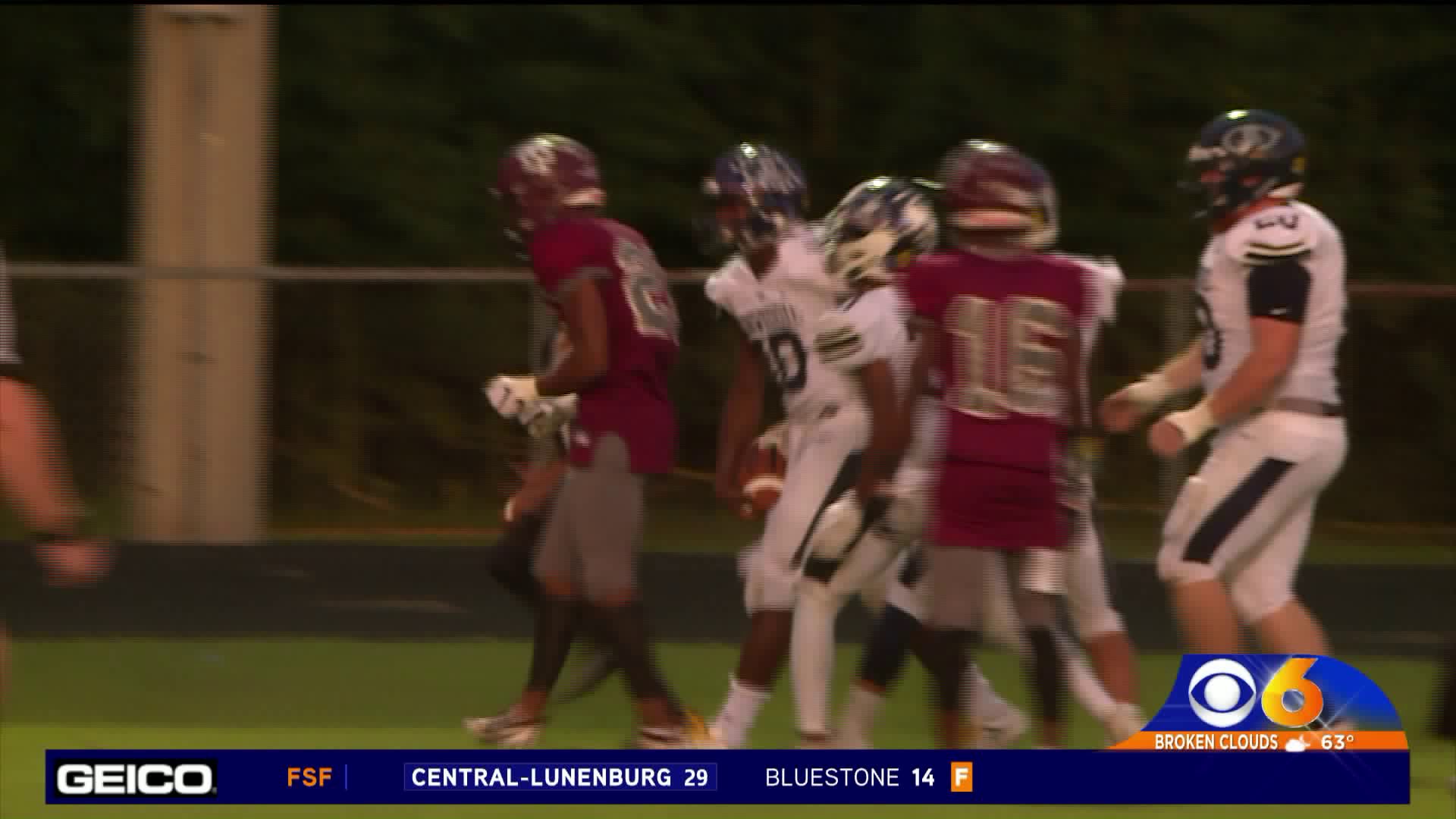 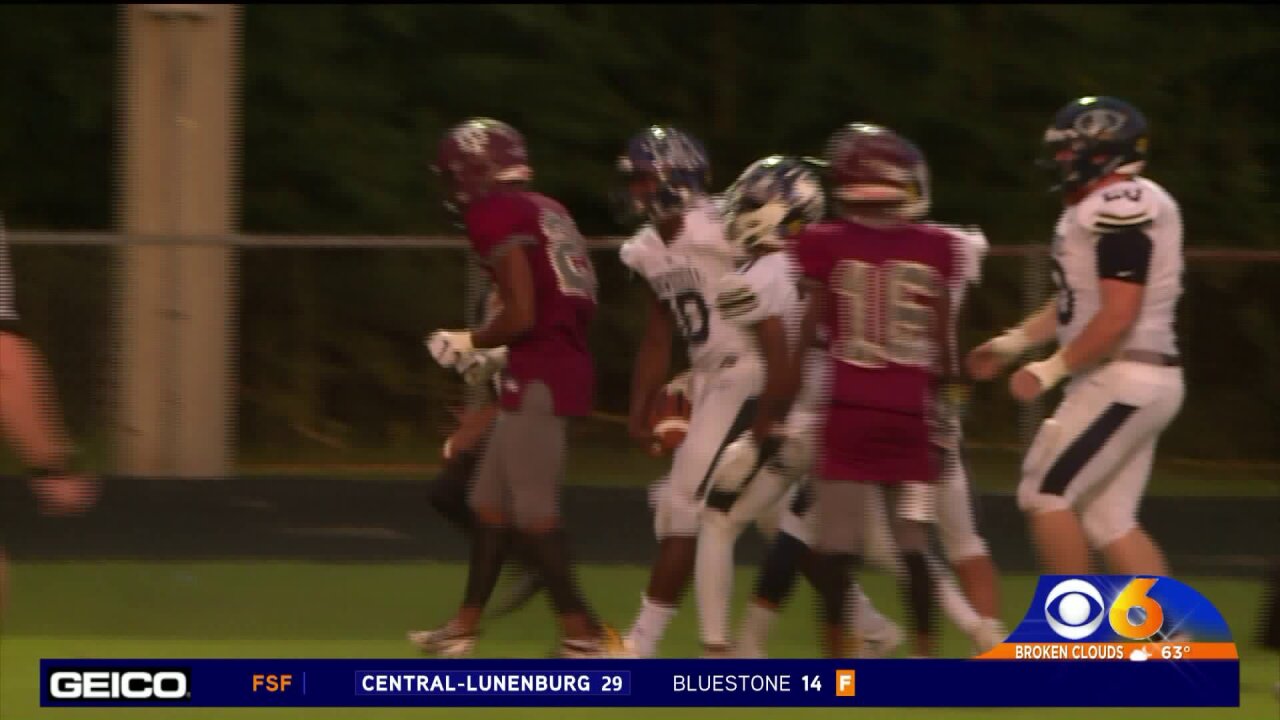 Chester, VA - Dinwiddie's K'ymon Pope scored three touchdowns and accounted for almost 300 yards of offense as the Generals stay undefeated after a 35-31 win over Thomas Dale, their third straight in the series.

Pope rushed for 175 yards on 23 carries and two touchdowns while he threw for another 116 yards and a score for Dinwiddie, who haven't lost in the regular season since October of 2015.

Thomas Dale rallied from 16 down in the fourth quarter with two touchdowns from Ejay Walker to DeAngelo Gray.  Gray rushed for 61 yards and two touchdowns and added another 49 yards receiving and two more td's.