NORFOLK, Va. — The Old Dominion Monarchs have made program history by beating Virginia Tech in barn burning fashion 49 – 35, ending its victory in a sack to run out the time on the clock at Foreman Field.

The Monarchs matched 13th ranked Virginia Tech’s scoring ability down the stretch with the help of quarterback Blake LaRussa, who replaced ODU’s Steven Williams in the first half of the game, WTKR reported.

ODU outscored Virginia Tech in the fourth quarter 28 to 7, capping off its final scoring drive with a 40-yard touchdown run from Jeremy Cox with 1:34 left in the game. 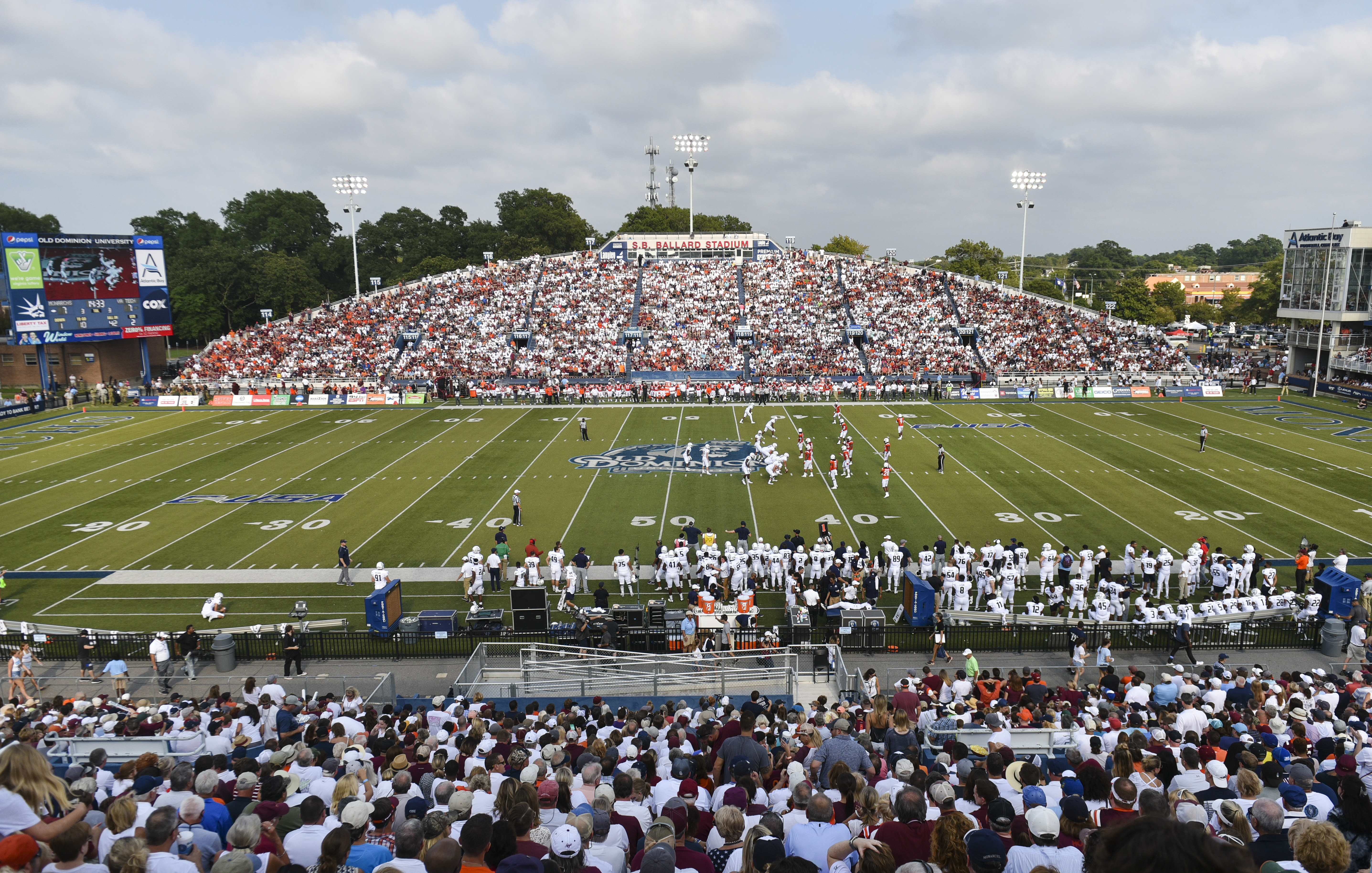 The Monarchs started the game in front of its biggest crowd at Foreman Field down 7-points to Virginia Tech, who scored on its second drive of the afternoon.

ODU would respond with a 14-yard touchdown pass from quarterback Blake LaRussa to J. Duhart. Both of them would find each other again before the end of the second quarter to tie the game.

LaRussa would tie the game at 21 apiece before Virginia Tech climbed to a 28 – 21 lead in the fourth.

The Monarch defense was a key factor though, with big stops late, getting the ball back to the ODU in a timely manner to allow the Monarchs to lead 42- 35 with five minutes to go in the fourth quarter.

The trip for Virginia Tech was its first to Old Dominion University.

“We just made history. This is one of the biggest moments in Hampton Roads sports history. Arguably the biggest moment in Old Dominion history.”@JohnSchriffen spoke to @ODUFootball head coach Bobby Wilder after the MONUMENTAL upset. pic.twitter.com/APObvECmXU