Witnesses say ambulance didn’t have on sirens during fatal crash: ‘I would have heard them’

KING GEORGE COUNTY, Va. -- Virginia State Police are investigating witness leads as to whether an ambulance had its emergency equipment activated before striking two vehicles and killing a woman Monday in King George County, Virginia.

“I know what I heard, and I did not hear the siren,” witness Kellie Dobson said.

Dobson was having car trouble and parked in a nearby lot when troopers said a Westmoreland County ambulance driver was transporting a patient to the hospital. As the ambulance entered the intersection, it struck a Volvo sedan and a Nissan van.

“Like somebody took a can and crushed it,” Dodson described the collision.

She immediately ran to the crash scene, to help a couple trapped inside and an injured medic who was riding in the crashed ambulance.

“He was in the accident himself and was completely about taking care of the victims. He did everything,” said Dobson. “He was the hero in this.”

Teddy Frye received a call that his parents had been in an accident and watched from a distance as they were trapped inside their vehicle.

“My dad had a blood clot in his chest and my mom… her brain was bleeding, and spine broke, pelvic broke, ribs broke. My dad had broken ribs,” said Frye.

Frye said his mom was headed to the store to buy her daily lottery tickets, but never made it there.

“It should never had happened,” he said.

Davis was a King George native and who worked in food services for Gray’s Landing for nearly two decades. She was one of six kids and a grandmother to three. 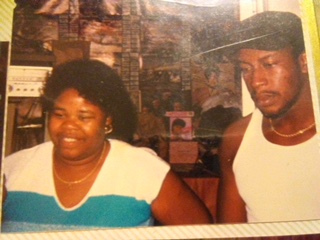 “Just that the truth be told because everyone involved deserves that,” she said. “This is someone’s mother, brother, sister grandmother it’s human life and it’s important it matters.”

Multiple witnesses who reached out to the CBS 6 Problem Solvers claimed that the ambulance did not have lights or sirens on. An initial Virginia State Police account of the crash indicated the ambulane had "its emergency lights and siren activated."

State Police said Wednesday it was still interviewing witnesses and that the investigation was ongoing.

“I know 100 percent there were no sirens. I would have heard them,” Dobson said.

The Volvo driver suffered a serious injury and everyone in the ambulance suffered serious, but non-life-threatening injuries, police said.

A GoFundMe page has been set up to help the family.