RICHMOND, Va. — Capitol Police are looking for a suspect who is accused of stealing a $3,000 electric bicycle from Capitol Square on Tuesday.

The Pedego electric bicycle was taken at 9:26 a.m. from 12th and Bank Streets, where it was parked.

Surveillance photos show a male suspect as he left Capitol Square by pedaling west on Bank Street before leaving the grounds at Ninth Street. 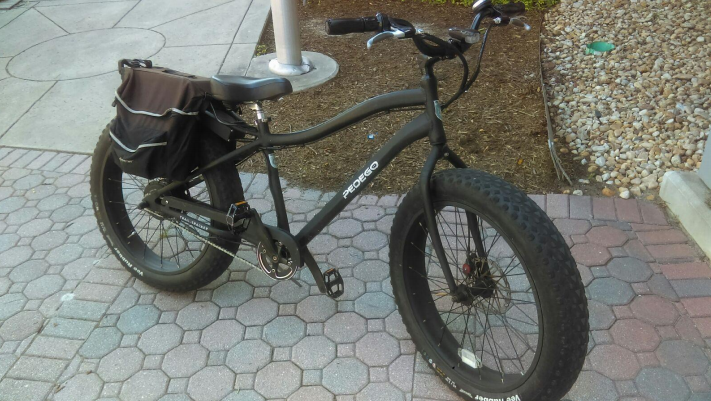 The bicycle is valued at about $3,000 and is owned by a private security contractor that helps patrol parking garages and other facilities at the Capitol.

The high-end bicycle is equipped with an electric throttle and pedal assist, which allows it to quickly reach speeds of 20 mph.

These photos show the suspect in Tuesday morning's theft of a Pedego electric bicycle, valued at about $3,000, as he left Capitol Square by pedaling west on Bank Street. Call @VaCapitolPolice at (804) 786-2120 with info or send an anonymous tip to investigations@dcp.virginia.gov pic.twitter.com/cVSaIX5AKw

The bicycle was not equipped with the key required to operate the electric features at the time of the theft. The bicycle is still functional at a slower speed.

Anyone with information can call Capitol Police at (804) 786-2120 and ask for the investigator on duty or can email anonymous tips to investigations@dcp.virginia.gov.