Cash and cigs: Man linked to multiple burglaries in Tri-Cities

TRI CITIES, Va. --The burglar has struck multiple times across Central Virginia, including three times in Colonial Heights, three times in Petersburg, once in Hopewell and sources said once in Chesterfield County.

Police say the method is similar each time.

"So he's breaking glass to get into the business and then once inside he's going in and removing cash and cigarettes," said Colonial Heights Police Captain William Anspach.

"One attempt was made by forcing his way in by removing the metal (frame) and removing the glass to get in and then the second attempt was to the door, along the door jam," said Petersburg Police Lt. Emmanuel Chambliss. 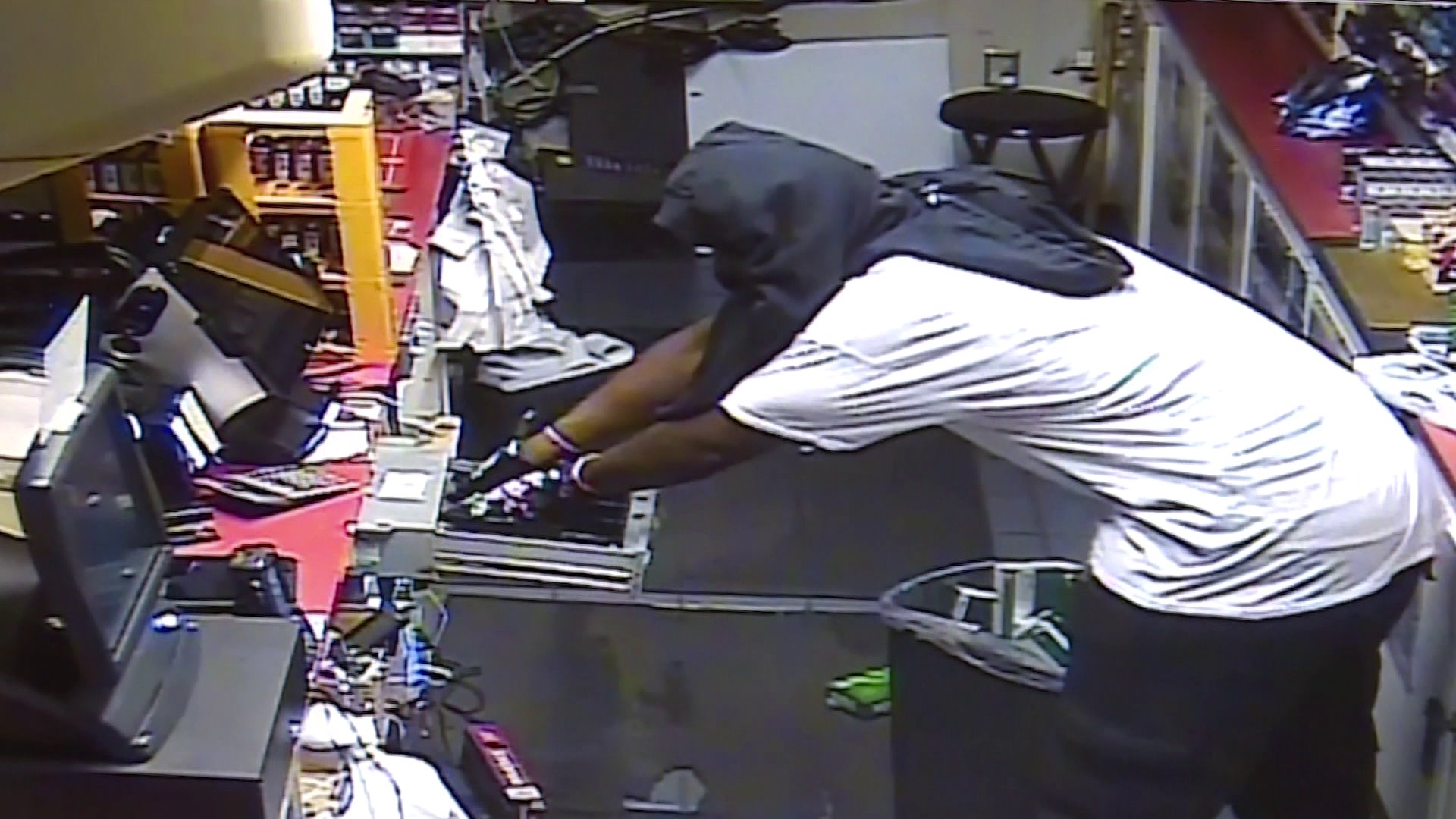 Surveillance video in Petersburg shows the second attempt where the suspect tried to first pry a store front window out and then pry off the glass to the front door before he took off running.

He was also unsuccessful attempting to break into the 460 Market Place on County Drive.

In Colonial Heights, surveillance video showed the suspect grab a trash can and stuff it full of cigarette cartons, mostly Newports.

Then you see the suspect open a cash drawer and stuff his pockets.

The video showed the suspect leave and then come back to fill the trash can a second time, on May 27 and May 20.

Those are the exact two dates he also hit Petersburg.

The suspect also returned to Colonial Heights on June 7.

Hopewell Police confirm the suspect made it into Cigarette City in Cavalier Square.

Detectives across the Tri Cities are sharing notes.

"After comparing photographs and similarities in the crimes we do believe it's the same individual," said Colonial Heighs Police Captain Aspach.