HANOVER COUNTY, Va. — Pole Green Park in Hanover County was renamed and dedicated on Saturday to a man who spent his life helping others and giving back to the community.

Dana Nelson's name now adorns a plaque at the park's entrance to to honor the legacy of the man whose dream would impact thousands of families in Hanover County.

Nelson was diagnosed with multiple sclerosis in 1988, but his family said he never yielded his positive viewpoint.

Nelson was the co-founder of Operation Hope, a non-profit with a mission to build handicap-accessible playgrounds in Hanover.

“Usually this place Is loaded with kids and when we were up here for anything he would love to drive by and see all the kids play," Lee Nelson, Dana’s widow,  said. "It really was a dream and I’m sure he’s here with us today.”

The groundbreaking for Pole Green Park was held in November of 2007 and it was officially opened to the public in April of 2008.

And on Saturday it was renamed, the Dana P. Nelson Operation Hope Playground -- a place created for children of all abilities.

“What we have is a state of the art situation where all of our children can grow, play and enjoy themselves together with or without disabilities.”

The plaque surrounded by a heart-shaped array of beautiful flowers welcomes visitors to the park.

Heather Nelson, Dana's daughter, said the support from the county and the community means the world to them.

“It means a lot to us to have a tangible legacy," Heather Nelson siad. "There's a lot of great memories that we have of him over the years and a lot of great things that he’s done in the community, so it’s so nice that there’s something lasting that we can visit.”

Operation Hope has created three playgrounds for children in Hanover County. Two additional plaques in Nelson's honor will soon be placed at those playgrounds. 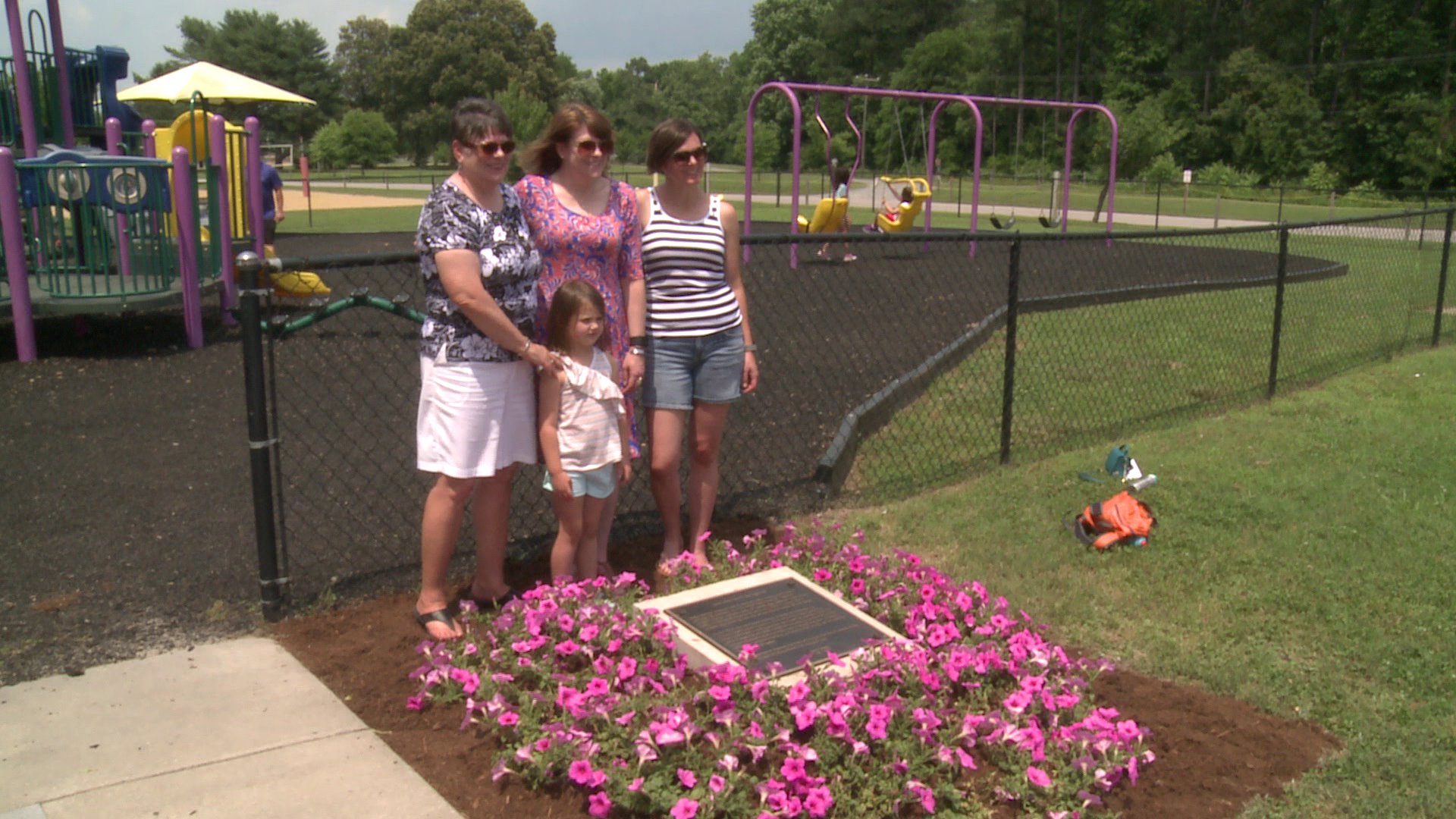