‘Look how many!’ Family captures incredible video of dolphins

WESTMORELAND COUNTY, Va. -- A Virginia family is sharing some incredible video they captured of a pod of dolphins in the Potomac River Saturday afternoon.

Jamicia Garner Johnson said she, her husband and their daughter were on their boat fishing in the waters off  Westmoreland County when they saw something jaw-dropping.

Jamicia grabbed her cellphone and started recording just as the pod swam alongside the family's boat.

“I’m talking about right beside the boat.” Reagan Johnson exclaims.

The minute-long video shows a number of dolphins swimming next to their boat.

“I want to catch one of them, so I can rub him across his back,” Reagan says. 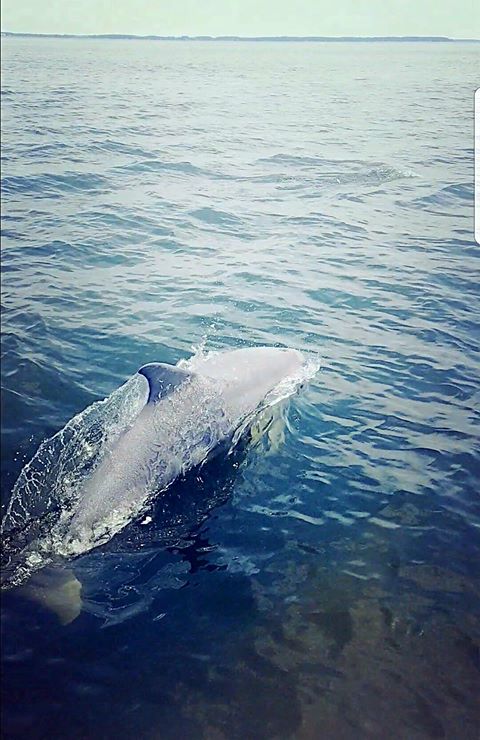 One of the animals then jumps out of the water in front of the boat.

“I saw the blowhole,” daughter Kai says. “Daddy, I saw his blowhole.”

Reagan Johnson tells his daughter that another dolphins is now very close by.

“He’s right out front of the boat,” Reagan says. ”I’m talking about dead beside the boat.”

“No, you are not reaching in and touching no dolphin,” Jamicia retorts.

The family then watches as the pod swims farther away from their boat.

“Look. That is pretty. I watched them come all the way up. I watched the shadow come out of the water,” Reagan says. “Look how many are way over there, too. They’re going out in deeper water.”

Dolphins are a “fairly common” sight off the coast of Virginia coast, according to the Virginia Institute of Marine Science.