RICHMOND, Va. -- Finn, a 20-week-old Cavalier King Charles puppy, would typically be playfully racing around, but after a visit to the emergency veterinarian he can barely keep his eyes open.

The puppy's tiny body is pumped full of painkillers and antibiotics after a terrifying experience at the Short Pump Dog Park Sunday afternoon.

"He's super drugged he's on like methadone...that's the big chunk taken out of him," Fox said.

Fox said she went to the park with a group of friends and their puppies and was about to leave when she noticed a large white and rust colored Husky starting to follow Finn.

A puncture wound on Finn. His shoulder was X-rayed and found broken.

"It kind of bent down to nip at his neck a little bit, and I was like 'no', and I walked over to get him and pick him up," Fox said. "And before I could walk over and pick him up, it had gone down and scooped him up by the back of the neck and shook him like a rag doll. It was horrifying. It was awful.  I thought his neck and snapped, and he was dead," Fox said.

Fox said she jumped in to try to protect Finn while her friend pulled the Husky away.

"I was covering my head or trying to I guess, and trying to cover him at the same time in a turtle shell," Fox said.

She said the owners of the Husky never came to talk to her or her friends, and just grabbed their dog and left.

"I did not see what happened when the dog was hurt," the Husky's owner wrote in an email to CBS 6. "I heard something in the area my dog was at, went over to my dog, and saw a lady taking a very small puppy who had been hurt to the vet. No one said anything to me. I did not know what had happened."

She went on to say once Caroline took Finn to the vet, she decided to take her dog home.

"A lady followed me to my car. I asked if it had been my dog who hurt the little dog and she said yes," the Husky's owner said. "I willingly gave her my name and phone number, thinking she knew the owner."

She said her Husky often plays -- without issue -- with her smaller Pomchi (a Chihuahua Pomerian mix).

"This is only the second time I have been to the [Short Pump] dog park, but it will be my last," her email continued. "I am confused why a small puppy was on the large dog side. That doesn’t justify what happened at the park. He is fully vaccinated and will not be put in the position to have this happen again."

Finn ended up with a broken shoulder and some internal bruising, but it could have been much worse.

And, Fox doesn't blame the dog that attacked her puppy.

"I don't want anything to happen to this dog, it's a dog's owners that need to be responsible," Fox said.

Henrico County officials said there are no cameras in the park, so there is nothing to reference to try to track down the owners.

Fox has contacted Henrico Animal Protection about the incident.

Short Pump, like many dog parks, has separate areas for big and small dogs, to help minimize the chance of injury. The puppy was in the big dog section. 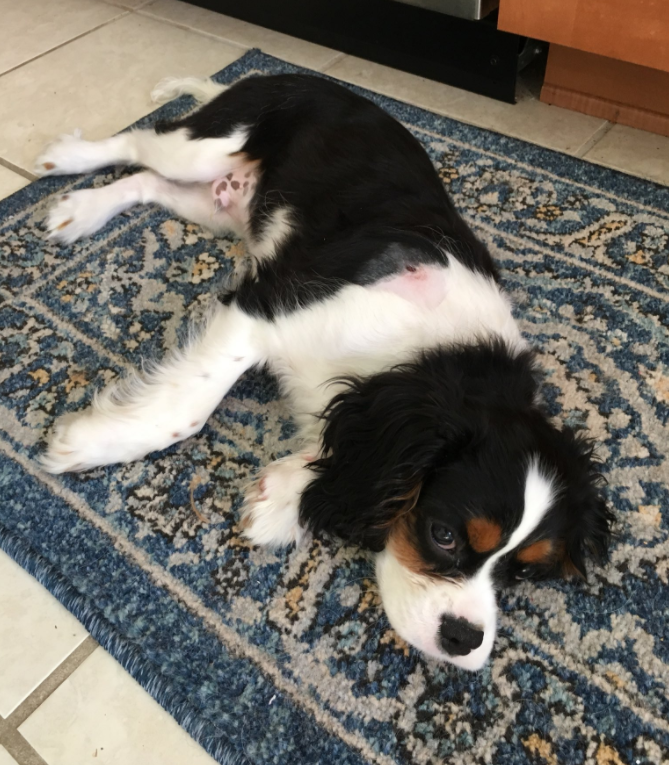 EDITOR'S NOTE: A previous version of this story incorrectly stated the dog park at Short Pump Park did not have separate areas for big and small dogs. The story has since been updated and CBS 6 News regrets this error.