Popping sounds heard before standoff that closed I-95 ends

RICHMOND, Va. – A standoff between police and a man armed with a gun created gridlock on I-95 in Richmond near the Belvidere Street exit, after all southbound and northbound travel lanes were closed for nearly three hours Wednesday afternoon.

“While speaking with the driver, the driver sped away in a reckless manner.  A separate officer observed the vehicle southbound on Brook Road and attempted to stop it.  The vehicle failed to stop, and a brief pursuit ensued,” said Lt. Garrett.

After learning the driver’s identity, police say they terminated the pursuit after getting on I-95.

The vehicle traveled in I-95 southbound towards Richmond, before ultimately crashing near Belvidere Street.

Lt. Garrett says two officer came upon a single-vehicle crash on the interstate where a person with a handgun was threatening to harm themselves just before 3:30 p.m. That officer called for additional units and Virginia State Police and Richmond Police assisted.

Screaming and multiple popping sounds were heard around 5:30 p.m. as officers worked to peacefully resolve the situation.

“I don’t know if you just heard that,” reporter Laura French said. “Within the last two minutes were heard multiple popping sounds. You can see that armored vehicle right there.”

“After hours of negotiating with the male to peacefully resolve the incident, officers approached the vehicle and found the male suffering from self-inflicted wounds,” said Lt. Garrett.

Shortly afterward, the man was removed from the vehicle and put into an ambulance on a stretcher.

Crime Insider sources tell John Burkett after the intense highway standoff, the suspect shot himself in the chest and was transported to VCU Medical Center, where he is in critical condition.

Police say no charges have been filed at this time.

VCU Police tell me there is an armed subject in this vicinity. We are at Harrison and Leigh in Carver area. Officer says a perimeter is being set up to keep people safe. @CBS6 @VCUPD Officer says there will be a lot of guns out here. pic.twitter.com/PnXveFCbOl

A shot from a traffic camera at 3:40 p.m. showed a massive police presence on the normally busy interstate and all six lanes of the interstate blocked.

Northbound traffic is being diverted from the interstate and Chamberlayne Avenue exit.

VDOT officials said there was a two-mile backup in both directions as of 4:05 p.m. 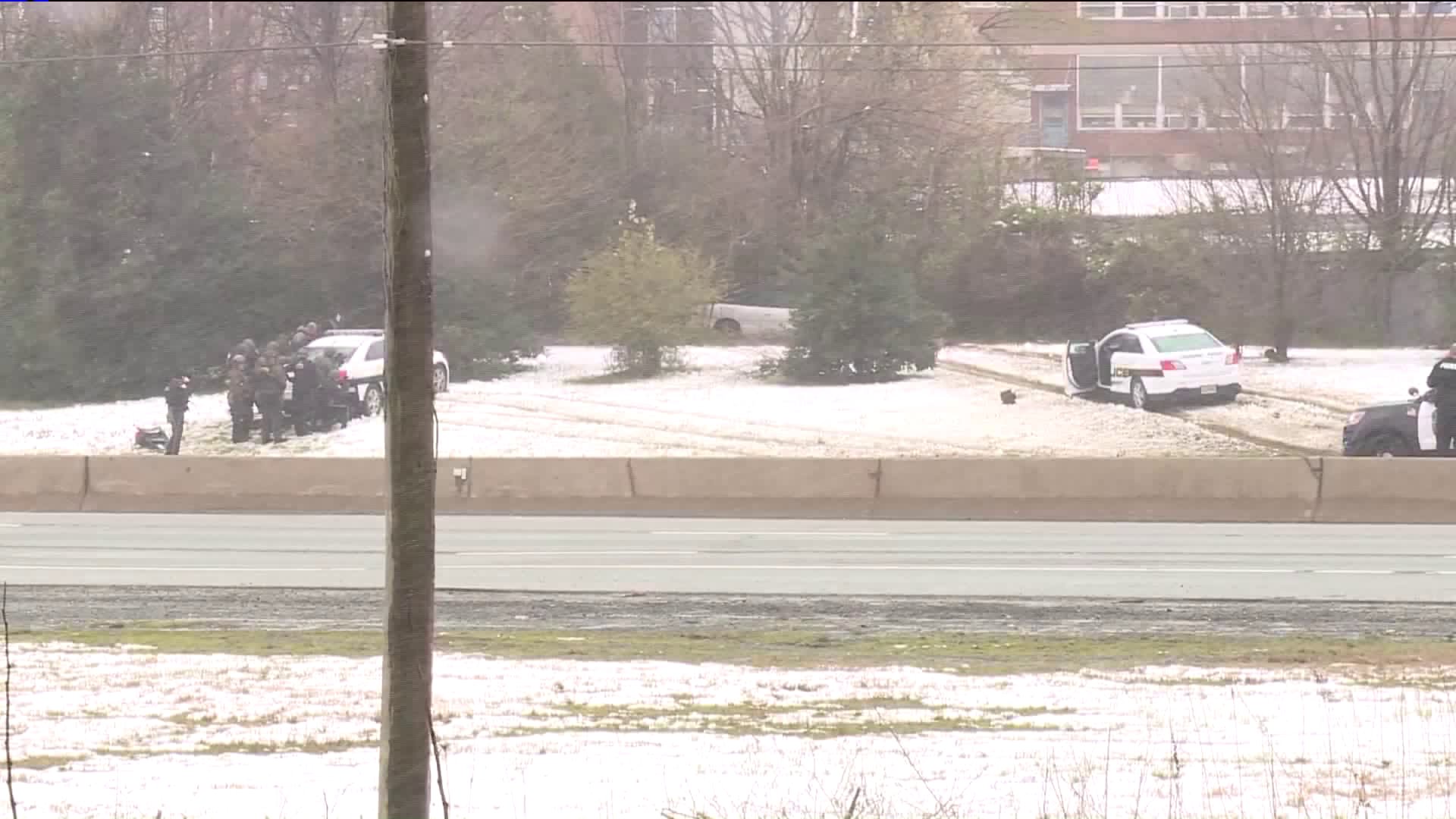 "Police Emergency OFF MP Campus - (I95 near the Belividere Exit). Avoid area. Police on scene. Additional details to follow."

At 6:18, the university said students can resume normal activity.