CHARLES CITY COUNTY, Va. -- There are no injuries after a large fire destroyed a home in Charles City County Monday afternoon.

Henrico Fire units assisted Charles City County with the fire located at a home in the 8200 block of Little Elam Road.

The fire destroyed the home and personal property, including cars, around the home, according to Henrico Fire Captain Rob Rowley. 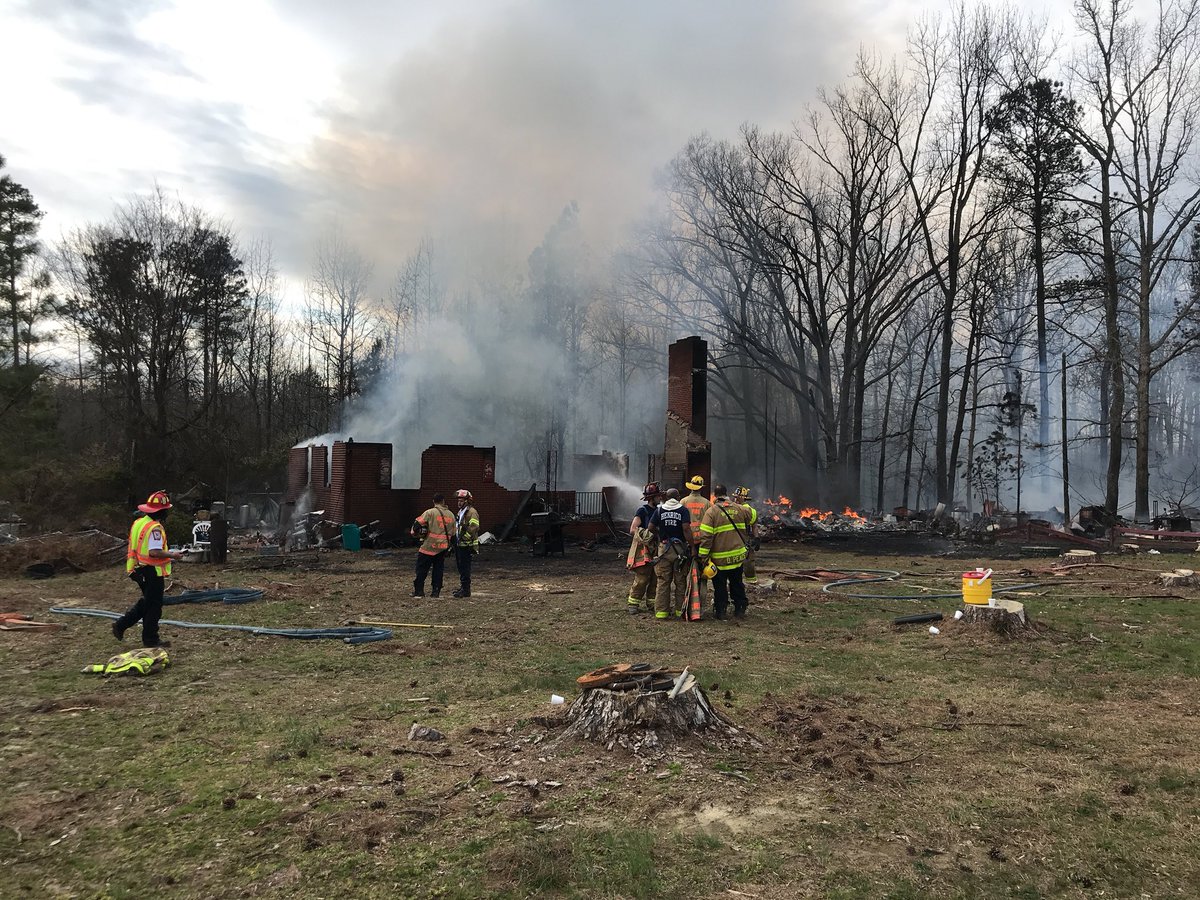 The fire has been marked under control.

Virginia State Police are still trying to determine the cause of the fire and if originated outside the home.

There was one occupant inside the home at the time of the fire. They escaped without injuries.

James and Mattie Wallace watched in disbelief as a Charles City County home went up in flames.

The neighboring brick home and the surrounding property belonged to a relative.

"He's lucky he got out, because he's slow and he's sickly,” said James

It was around 3:00 p.m. Monday afternoon, when the Wallace’s noticed flames coming from the home on Little Elam Road.

It quickly spread to several cars and miscellaneous items on the property, then the nearby woods.

"I was in my bedroom and I heard this boom." added Mattie.

But Mattie says her concern wasn't for the spreading flames that were just feet from her home.

“I didn't think about that. I was thinking of Wilbert and I was worried about Wilbert because I thought he was in the building," she explained.

Thankfully the man was able to escape as firefighters from Charles City and Henrico County battled to contain the spread of the fire.

"We're very fortunate the wind was not as heavy as it has been in recent days," said Mattie.