BROOKLYN, New York -- A week ago, the Virginia Cavaliers needed a late-game Louisville collapse and a last-second three pointer by DeAndre Hunter to beat the Cardinals.

No such heroics were needed in the ACC Quarterfinals.

Kyle Guy scored 19 points on a sprained MCL and Devon Hall added 14 as the Cavs rolled past Louisville 75-58.

"Most of the time we talked about coming out and punching first," Virginia forward Devon Hall said. "When we played them at Louisville, they kind of hit us in the mouth and we had to respond. The idea was for us to punch first."

"We've played them three times, so we know how they can hit shots," Virginia head coach Tony Bennett, whose team has now won 29 games for the 8th time in program history, said.

Virginia led by as many as 17 points late in the first half and kept the Cardinals at arm's length for a good portion of the second half.

But Louisville went on a 15-2 second half run to cut the deficit to four.

"Basketball is a game of runs," UVA guard Ty Jerome, who scored 11 points, said. "They're a good team, they're going to make runs. But it's tough playing from behind."

"It seemed like every time we got a little momentum, the ball would just drip out of our hands," Louisville head coach David Padgett said. "That's just the way the game goes sometimes."

UVA forward Mamade Diakite had a personal 6-0 run down the stretch that helped put the game away for the Hoos.

Diakite finished with 10 points marking just the 5th time this season he has reached double figures in scoring.

"I love seeing that from him" said DeAndre Hunter. "He does it all the time in practice so to see it translate into the game is good to see".

"My driving is getting better," said Diakite. "My passing has gotten better as well even though I had a turnover today."

UVA will move on to the semifinals Friday night for the fourth time in the last five seasons. You can see the game on CBS 6 tipping off just after 7 p.m. 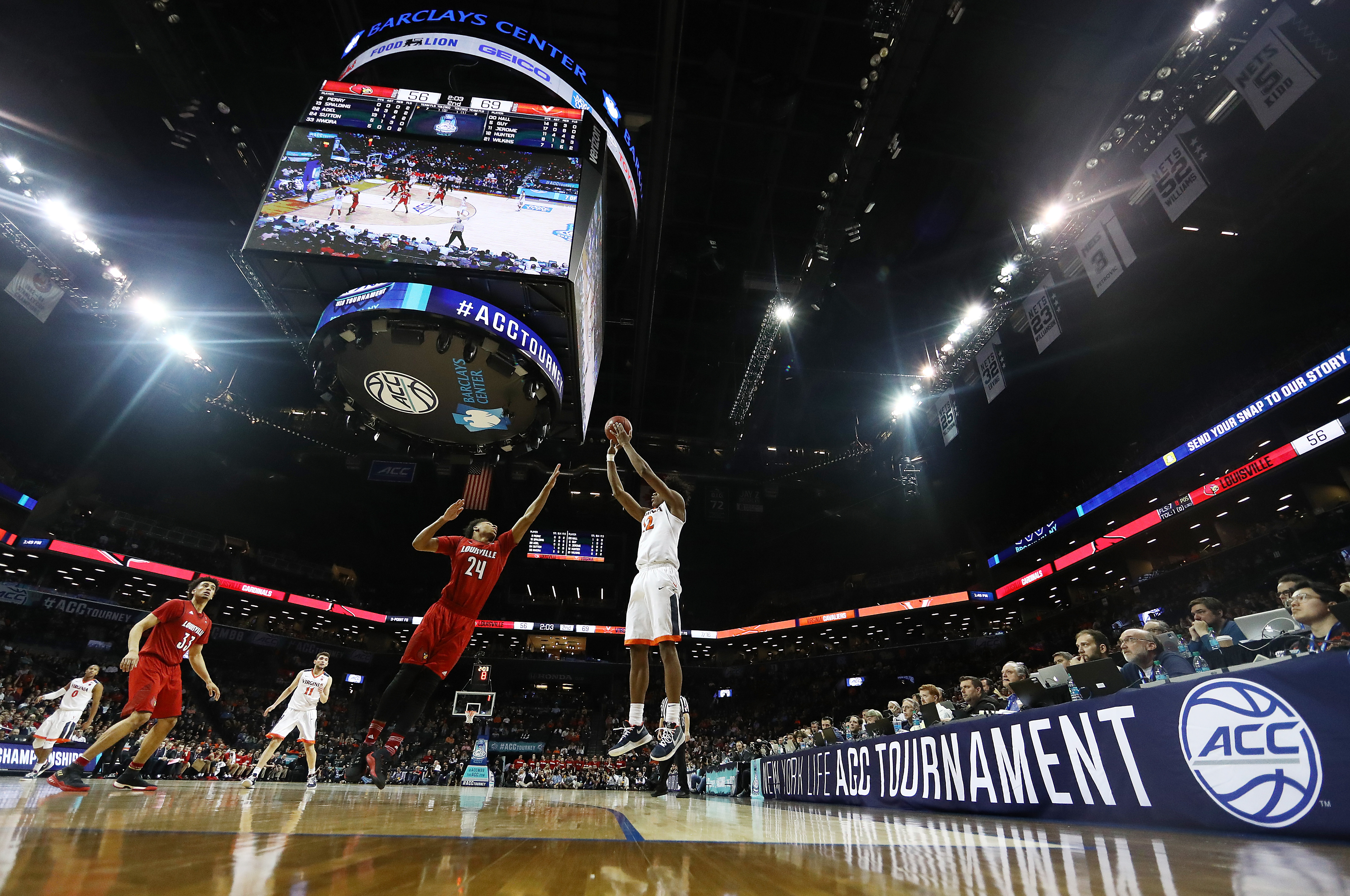