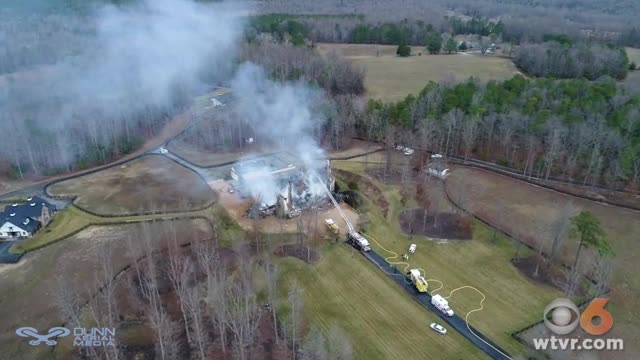 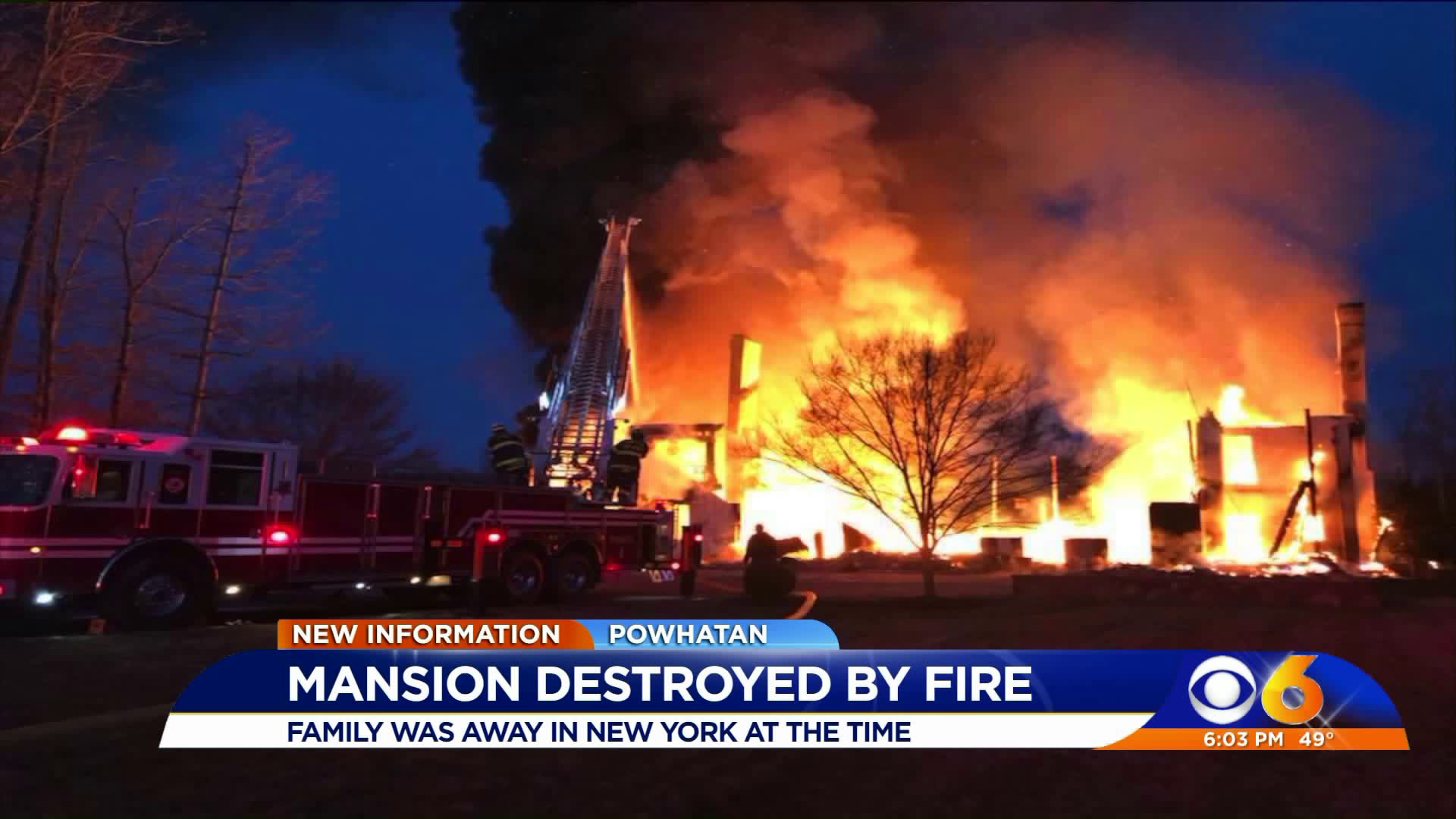 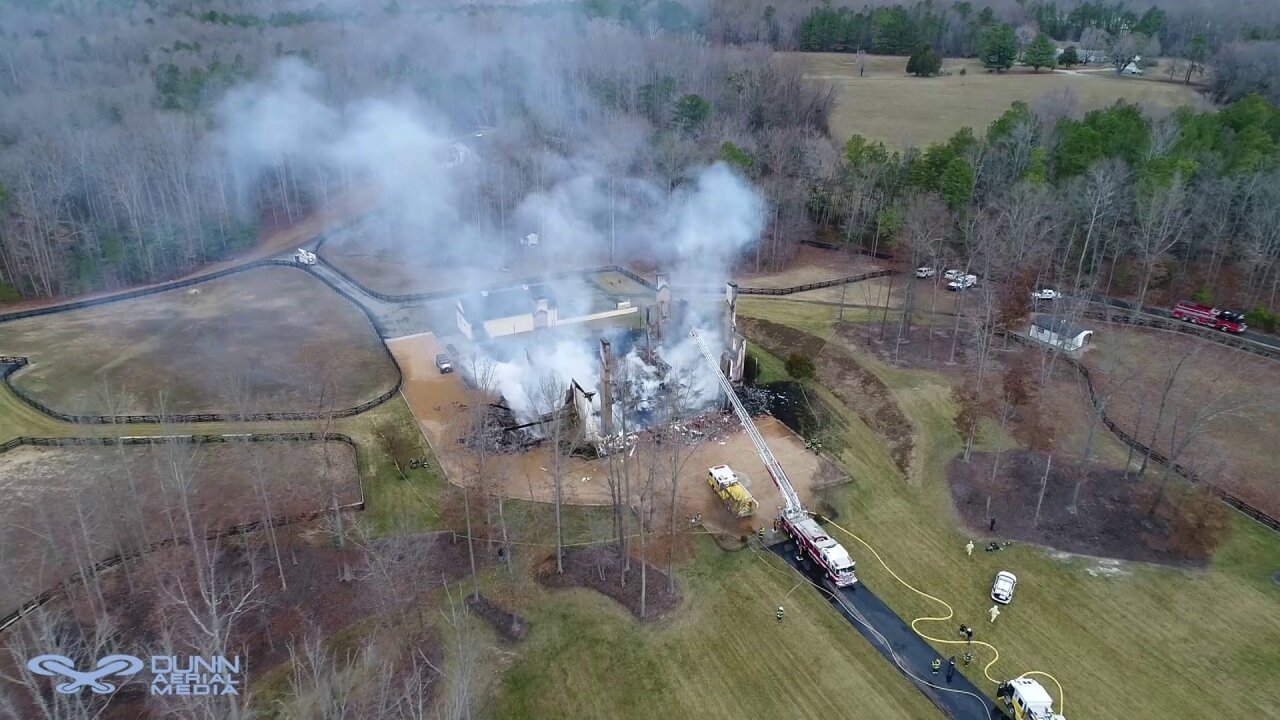 POWHATAN, Va. –  The ruins of a 12,000-square-foot Powhatan mansion totally destroyed by fire over the weekend still smoldered Monday.

A son of the Powhatan couple that owns the $5.9 million home said the family is "really thankful to the lord everyone is safe" and there was "no loss of life."

Will Phillips co-owns Sky Zone, which is a trampoline park, in Richmond with his brother and a friend.

He said his parents, Terry and Cathy Phillips, built the house that was located in 2100 block of Damore Lane, not far from the Chesterfield line.

Phillips said his parents have asked for privacy and for people to respect the space.

Powhatan Fire Rescue District Chief Taylor Goodman said his department got a call about the fire just before 6 a.m. on Saturday morning.

"When the call came in initially it was reported as a glow in the woods, unknown type fire," Goodman said.  "When we got here the house was almost completely consumed in flames it was clear it had been burning for quite some time before anyone noticed it."

Goodman said the family who owns the home was away in New York for a family event when the fire broke out.

Photos posted on various real estate websites show the incredible home prior to the fire when the owners were apparently trying to sell it. The home had seven bedrooms and 10 bathrooms, an elevator, and an in-home media center, according to the websites and photos.

"Whatever was left is now down in the basement itself," Goodman said.

He said the family took precautions when building the house in case anything should happen, including installing a dry hydrant to pull water from a nearby creek or pond so firetrucks could draft water.

"That was actually a big, big help for us because instead of having to drive several miles away to get water and shuttle it in here to the scene -- it was literally around here by the drive way," Goodman said.

Goodman said it will take days or even weeks to determine what caused the fire, and at this point he's not ruling out anything, including foul play.